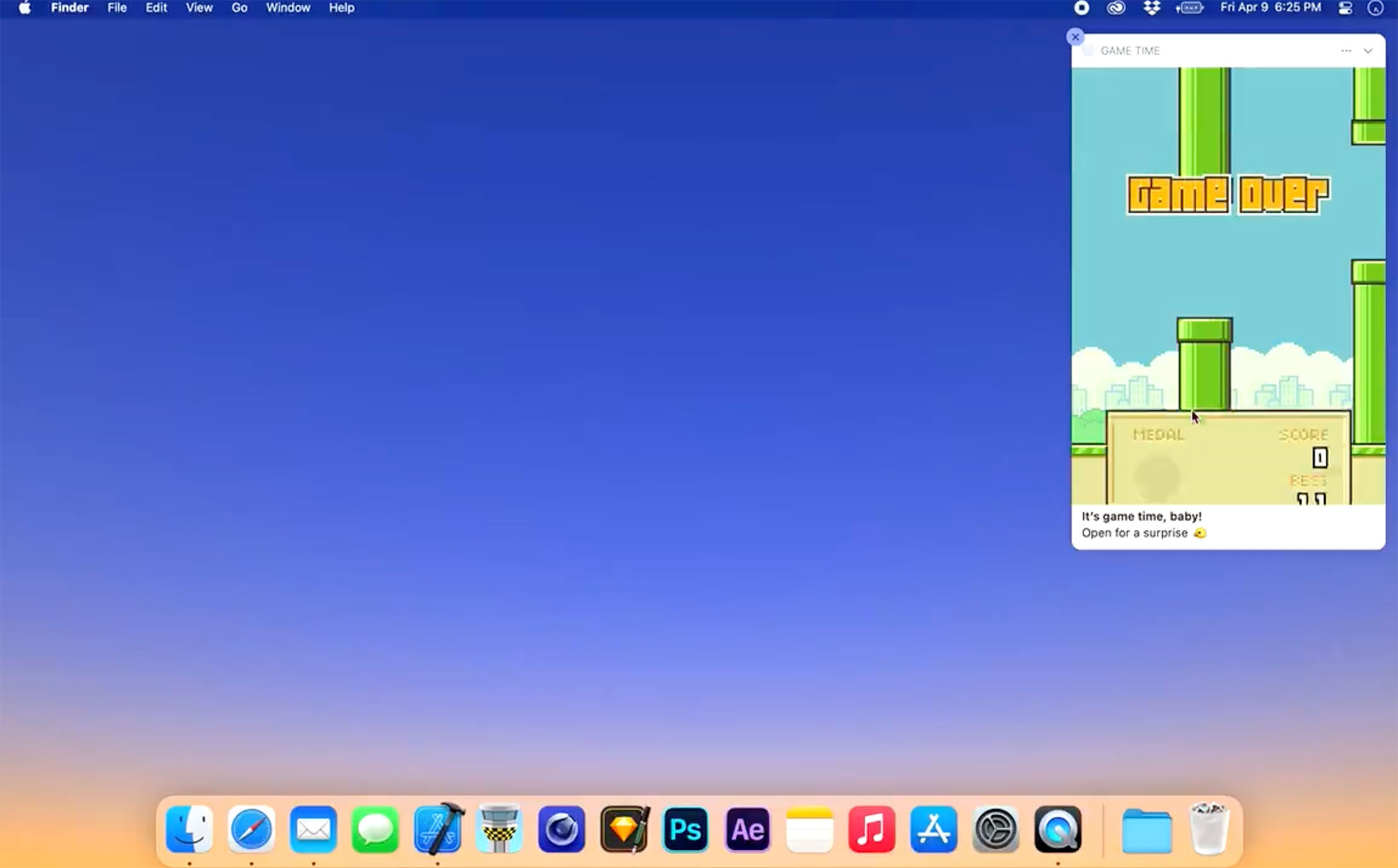 Who says you can’t game on a Mac?

Though the game has not been released publicly yet, it’s still a nifty use of Apple’s ‘UserNotificationsUI framework,’ first introduced with macOS Big Sur. According to Sardesai, the game can be programmed into the push notification by loading a web version of it.

Did you know you can put a whole game inside of a push notification pic.twitter.com/LlMx2AjvHH

The game Sardesai plays in the video above is technically a browser-based clone of Flappy Bird made by Will Eastcott of PlayCanvas.

Sardesai has not released his work publicly for anyone to try out, which is a good thing considering how addictive the game was (is?).

As a refresher, Flappy Bird racked up 50 million downloads in less than a year before being removed by its developer, Dong Nguyen, because he felt it was too addictive. What followed was people who installed the game prior to it being taken off App Stores listing their devices for exorbitant amounts of money on platforms like eBay.

Source: Neil Sardesai  Via: The Verge