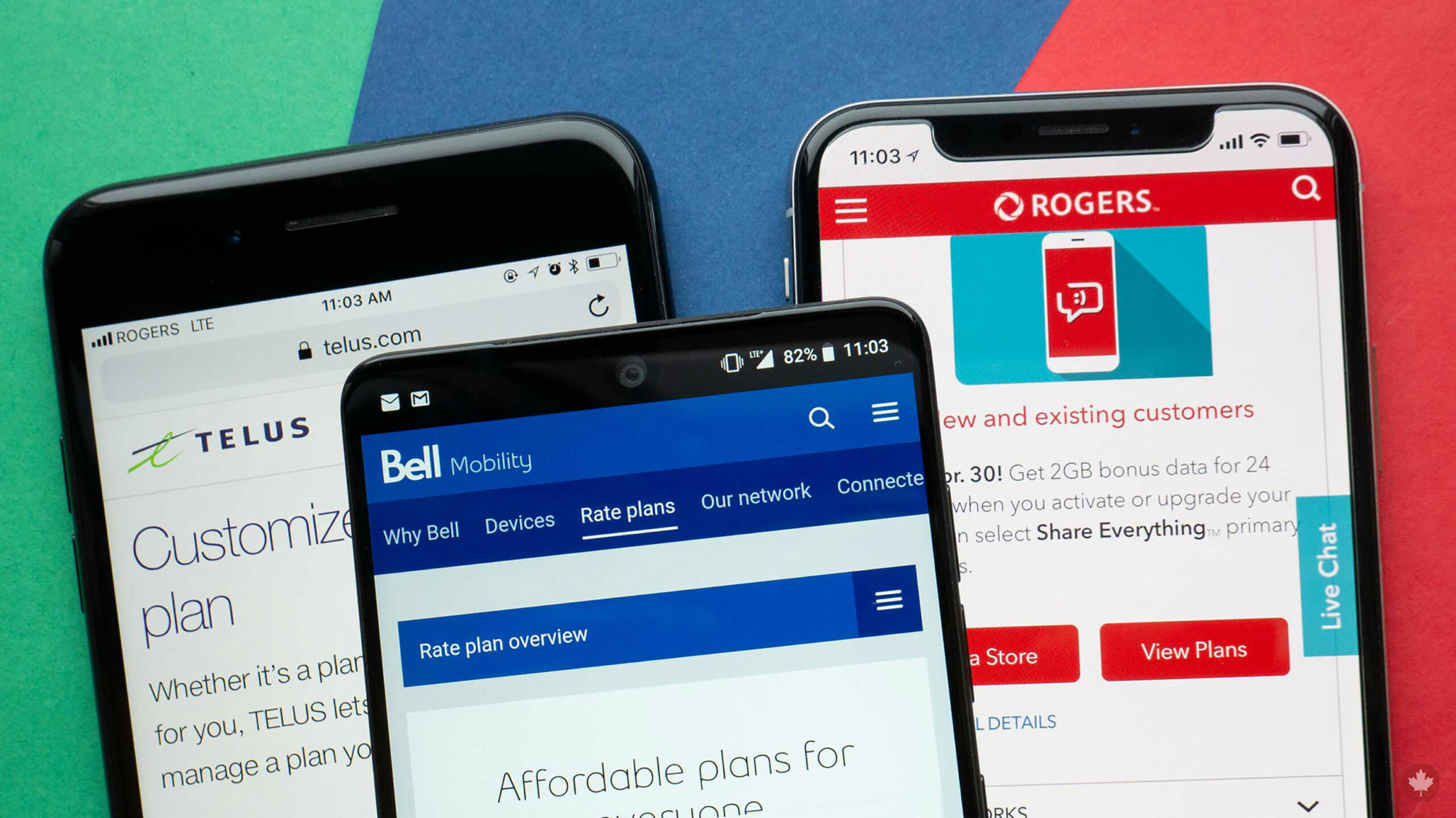 Canada is losing its global leadership position in the 5G era due to spectrum challenges, according to a new report from Opensignal.

The report states that although Canada has some of the fastest 4G networks in the world, 5G is proving to be more challenging.

“5G is more challenging because Canada’s operators have had access to less new 5G wireless spectrum than operators in many other countries,” Opensignal notes.

Opensignal notes that Canadian users’ download speeds on 4G averaged 67.1Mbps, which is the second fastest 4G download speed among 25 leading 5G countries and 80.9 percent faster than the average download speed observed by users in those countries. 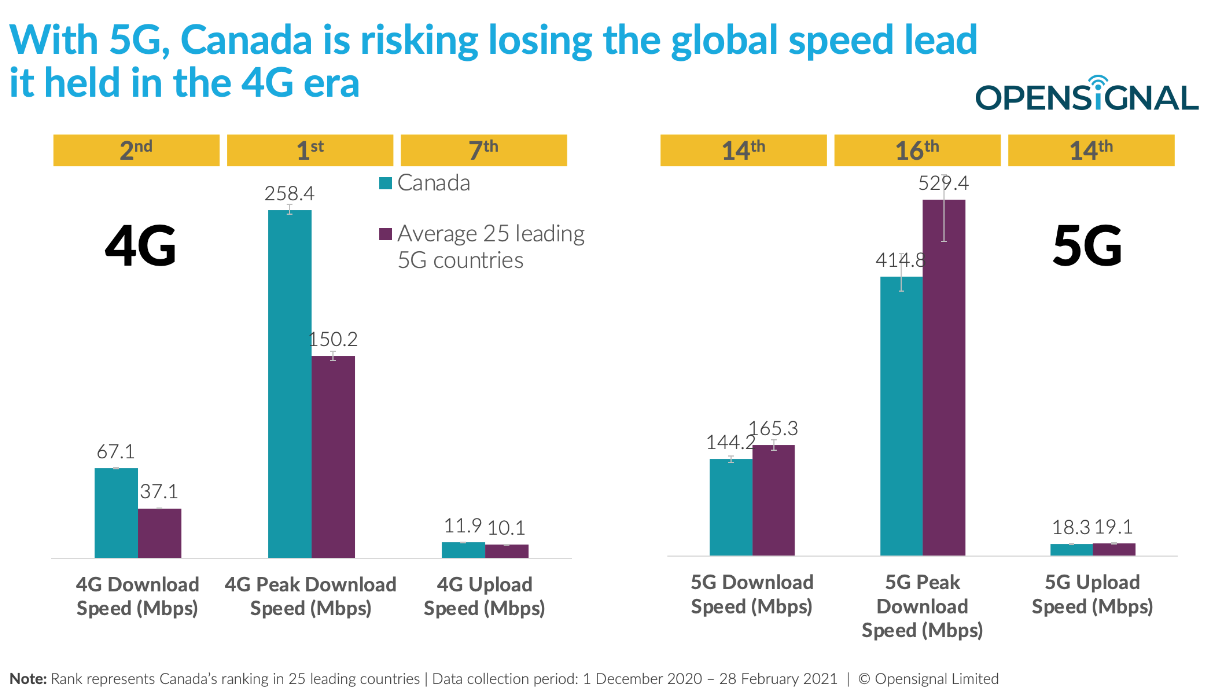 “However, when connected to 5G, our users experienced download speeds just 2.2 times faster than those on 4G. This 4G to 5G uplift is significantly lower than that seen in other mature 4G markets,” the report states.

Canada’s 5G download score of 144.2Mbps ranks 14th, which is 12.7 percent lower than that experienced by users in the leading 25 5G countries. 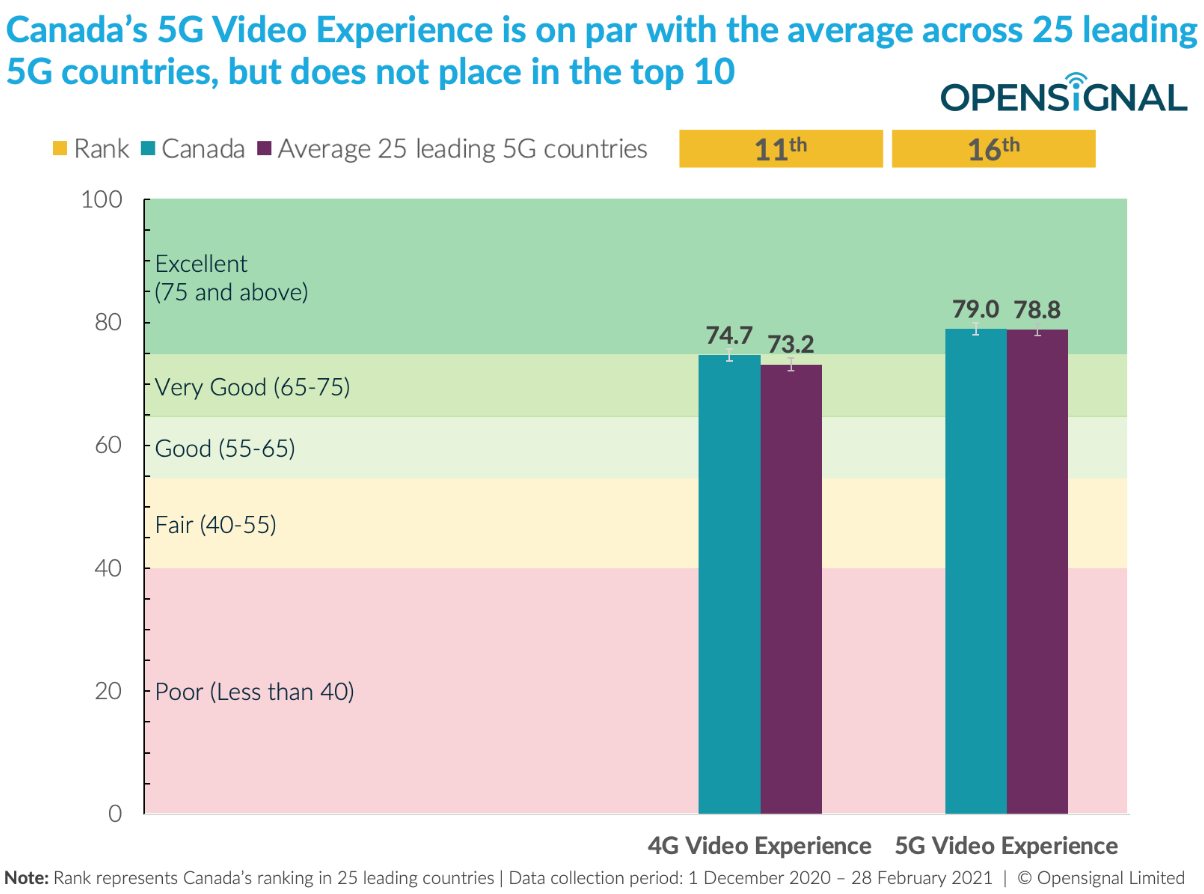 “These differences in user experience show that with 5G, Canada is risking losing the global speed leadership position it held in the 4G era,” Opensignal states.

The report states that the difference in Canada’s 4G and 5G international position is likely because operators are limited to deploying 5G in lower spectrum bands, as the critical 3.5Ghz spectrum auction was delayed to June 2021 due to COVID-19.

It’s also worth noting that even then, operators will have access to a limited amount of spectrum in the auction and that the amount will be lower compared to many other 5G countries.

“Canada’s operators need access to comparable amounts of new 5G spectrum to operators in other countries,” the report outlines.

“Otherwise, if Canada’s operators are forced to continue to rely on re-using existing spectrum for 5G, or lower frequency bands for 5G that offer great coverage but lower capacity, then Canada risks falling behind in the global 5G race for offering the best mobile network experience.”