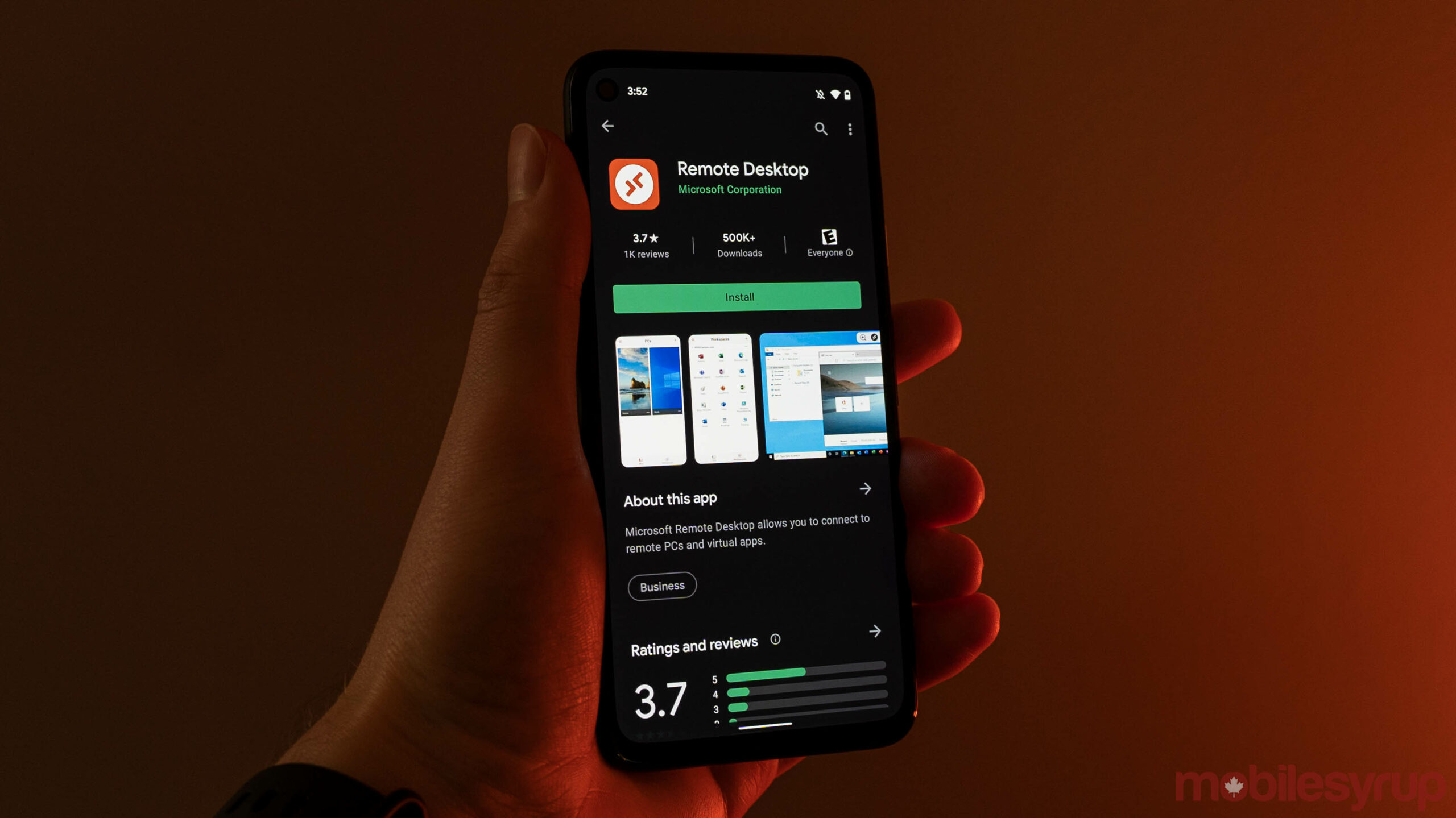 Microsoft rolled out a new update for its Remote Desktop App on Android that adds dark mode and better support for Chromebooks.

Remote Desktop version 10.0.9 is now on the Play Store with a series of small tweaks. The most significant upgrade here is dark mode for Android 10+. It should be noted that enabling dark mode only impacts the Remote Desktop app interface and doesn’t change your Windows settings. In other words, if you use Windows in light mode, it’ll still be light when you access it remotely.

Aside from dark mode, version 10.0.9 now features native support for x86 and x64 Chromebooks, which should improve performance when you run the app on an Intel- or AMD-powered Chromebook.

Other changes include a fix for clipboard sync issues, support for the ‘Delete’ key on external keyboards and other bug fixes.

One downside to this update is it drops support for Android 6.0 Marshmallow. If you’ve got an older device still on Android 6.0, Remote Desktop won’t work anymore. That said, we’re on Android 11 now with Android 12 around the corner — if you’re still using devices on Android 6.0, it’s probably time for an upgrade.

Remote Desktop is available on the Play Store for free.