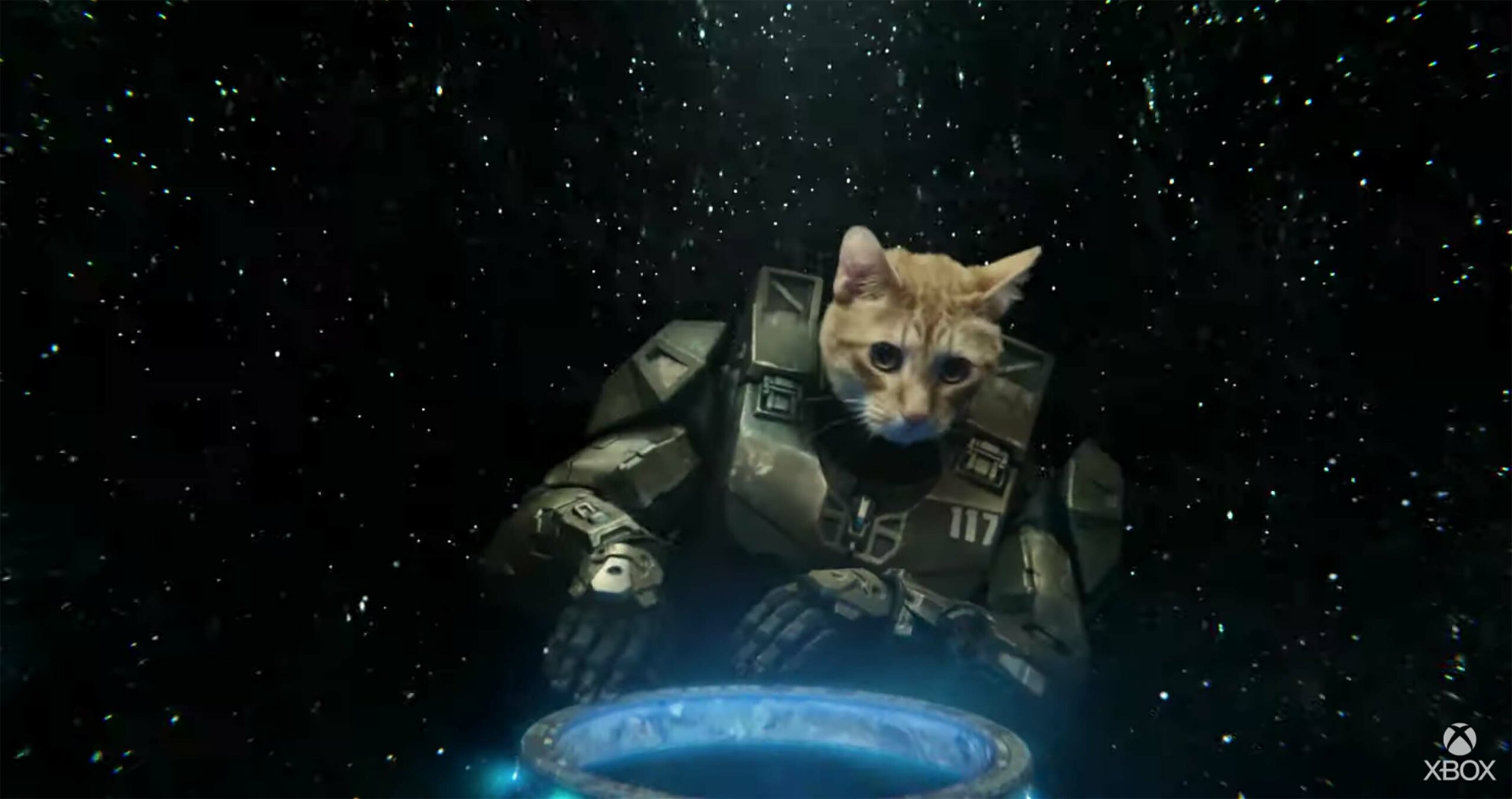 In the new ‘Lucid Odyssey’ Xbox Series X short film directed by Oscar-winning filmmaker Taika Waititi (Thor: Ragnarok, Jojo Rabbit), the iconic Halo hero can be seen turning into none other than a cat.

Don’t worry, though; this isn’t teasing some bizarre plot twist for next year’s Halo Infinite. Instead, the film ties into Microsoft’s broader Xbox Series X ‘Power Your Dreams’ marketing campaign. In the ad, Xbox ambassador MoonLiteWolfPro is in a “dream incubation lab,” where researchers study her dreams after playing on Xbox Series X. During her sessions, she has a cat with her.

Eventually, she dreams up Master Chief using an entire Halo ring to DJ before removing his helmet to reveal a cat. It’s undoubtedly bizarre, but it’s also the perfect commercial for the ever-quirky Waititi.
Check out the full “Lucid Odyssey” short below:

Outside of MoonLiteWolfPro in the Waititi film, Xbox has recorded other peoples’ dream activity as part of the Power Your Dreams campaign.

One of the featured gamers is Ontario’s own Steve Saylor, a content creator who advocates for accessibility options in games.

Here’s the BTS of how this whole thing went down!

My dream is launching tomorrow!!! https://t.co/HFTnOdAEA7

Saylor’s dream video is set to drop on December 8th.