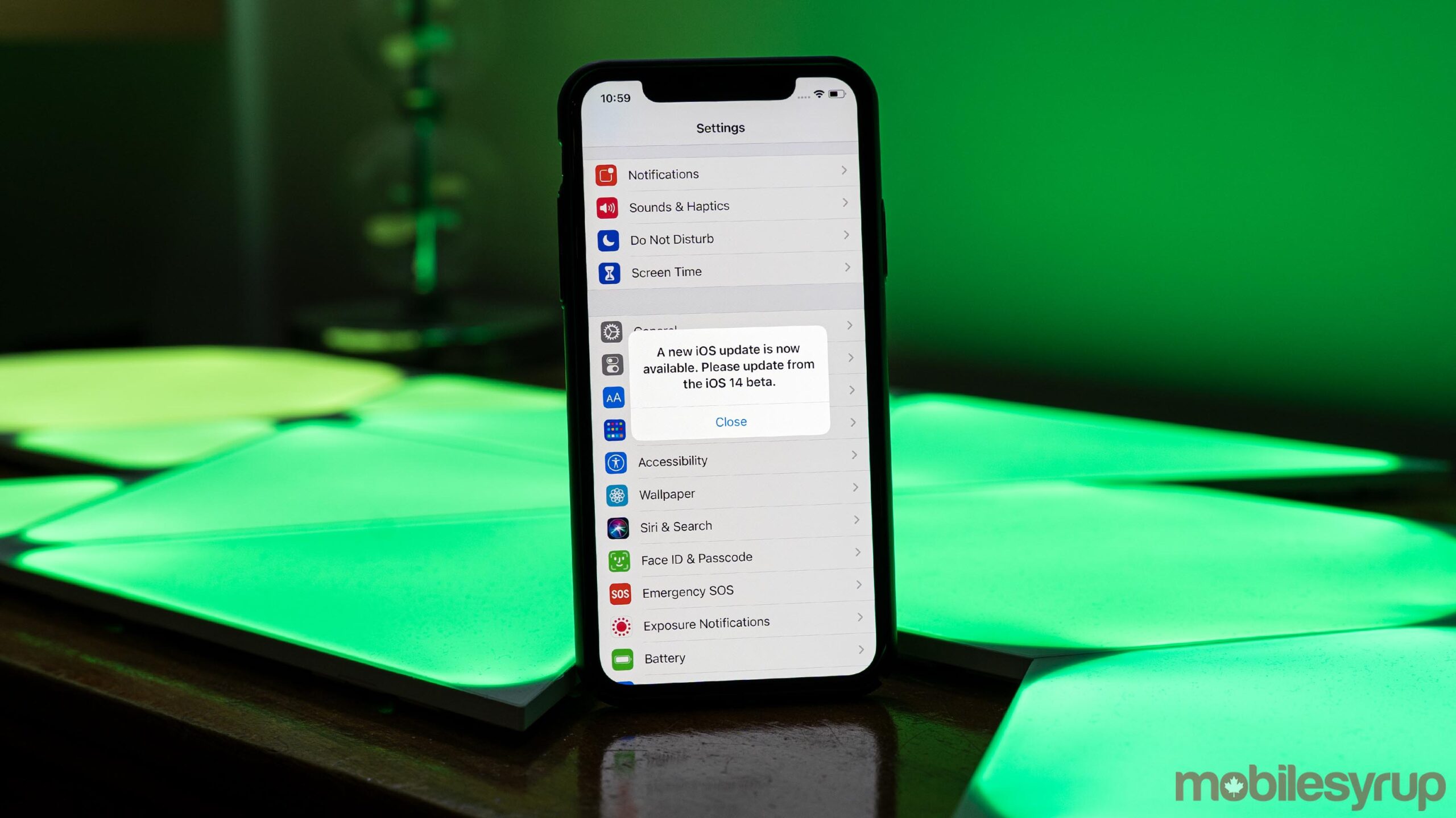 Apple has released a new iOS 14.2 GM for developer and public beta testers that should fix an annoying pop-up some users received asking them to update their phone.

The new GM (golden master), typically the final build or ‘release candidate’ of software, should now be available to users in the Settings app on their iPhone or iPad. The most significant change is that the update will, hopefully, put an end to the annoying pop-up. In short, users running the iOS 14.2 beta began receiving pop-up messages telling them a new iOS update is available and asking them to “please update from the iOS 14 beta.” Until now, there was no update available.

9to5Mac points out that this type of bug has happened before with iOS betas. Namely, the iOS 12 beta back in 2018 saw users plagued with similar pop-ups. The pop-ups come from how Apple handles betas. The company hard-codes an ‘expiration’ into beta versions of iOS. Once the expiration date arrives, iOS displays the pop-ups to encourage users to update to the next beta. Unfortunately, if there isn’t any software to update to, the pop-ups just keep coming.

Aside from fixing the pop-up issue, the iOS 14.2 GM brings a few other useful updates, including revamped playback controls on the lock screen. There are also redesigned AirPlay 2 controls in Control Center, as well as a new Shazam toggle. Plus, Apple added several new wallpapers in iOS 14.2.