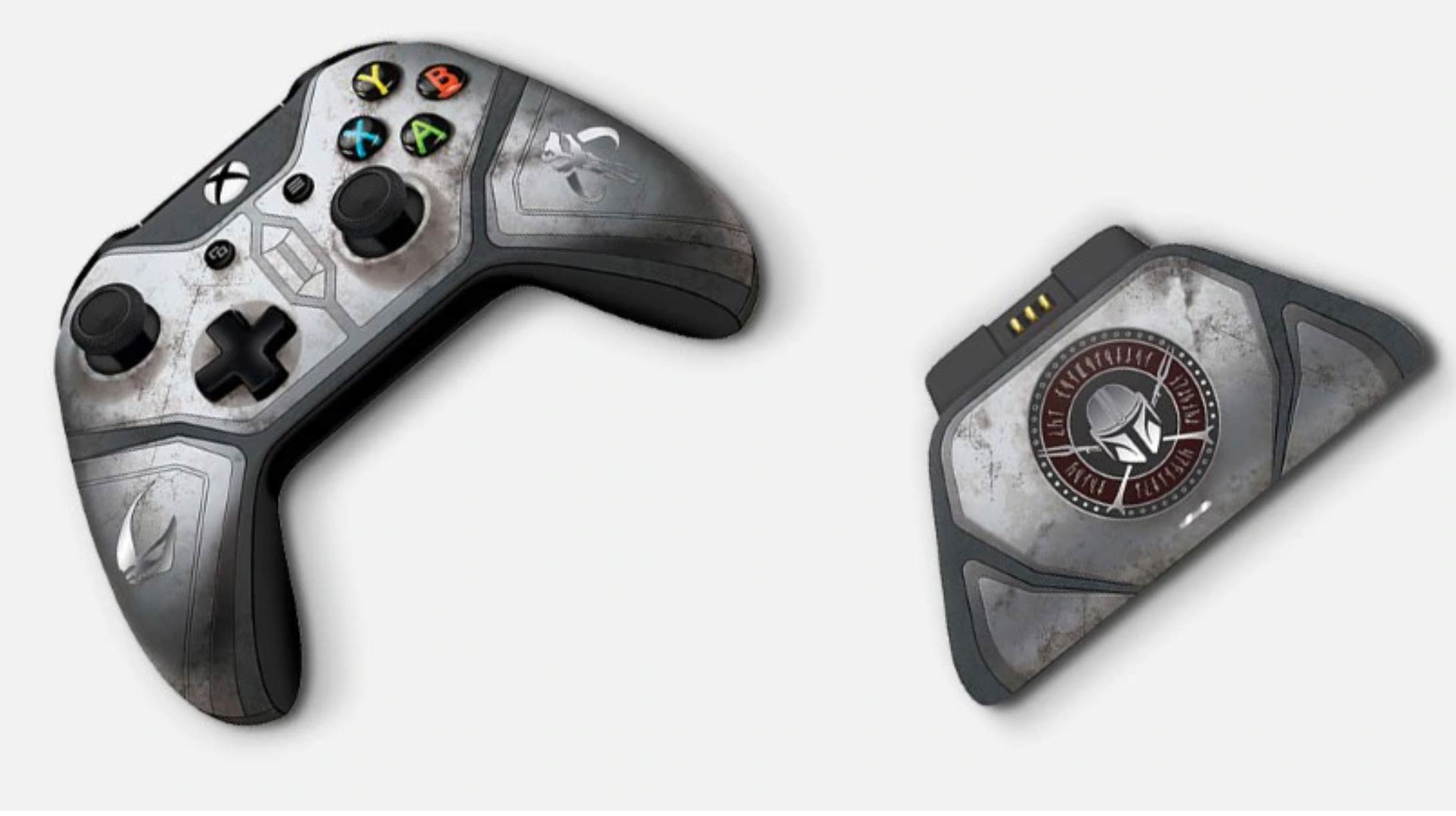 If you’re a fan of the popular Disney+ series The Mandalorian and own an Xbox One, this might be the gaming accessory you’ve been waiting for.

The themed controller matches the Mandalorian’s armour and is compatible with the Series X, Series S, Xbox One X, Xbox One S and Xbox One and Windows 10.

Microsoft’s description for The Mandalorian gamepad reads as follows:

“Armor-clad in a Mandalorian pattern reminiscent of beskar steel, this Xbox Wireless Controller and Xbox Pro Charging Stand are a triumph of ergonomic design. Enjoy textured grips, custom button mapping, and up to twice the wireless range. A magnetic contact system allows for one-handed play while you charge. Walk the Way of the Mandalore with technology forged together for a matchless fit.”

There doesn’t seem to be a release date yet for the controller. Currently, the webpage for the accessory only has the placeholder release date of December 31st.

The second season of The Mandalorian premieres October 30th exclusively on Disney+.