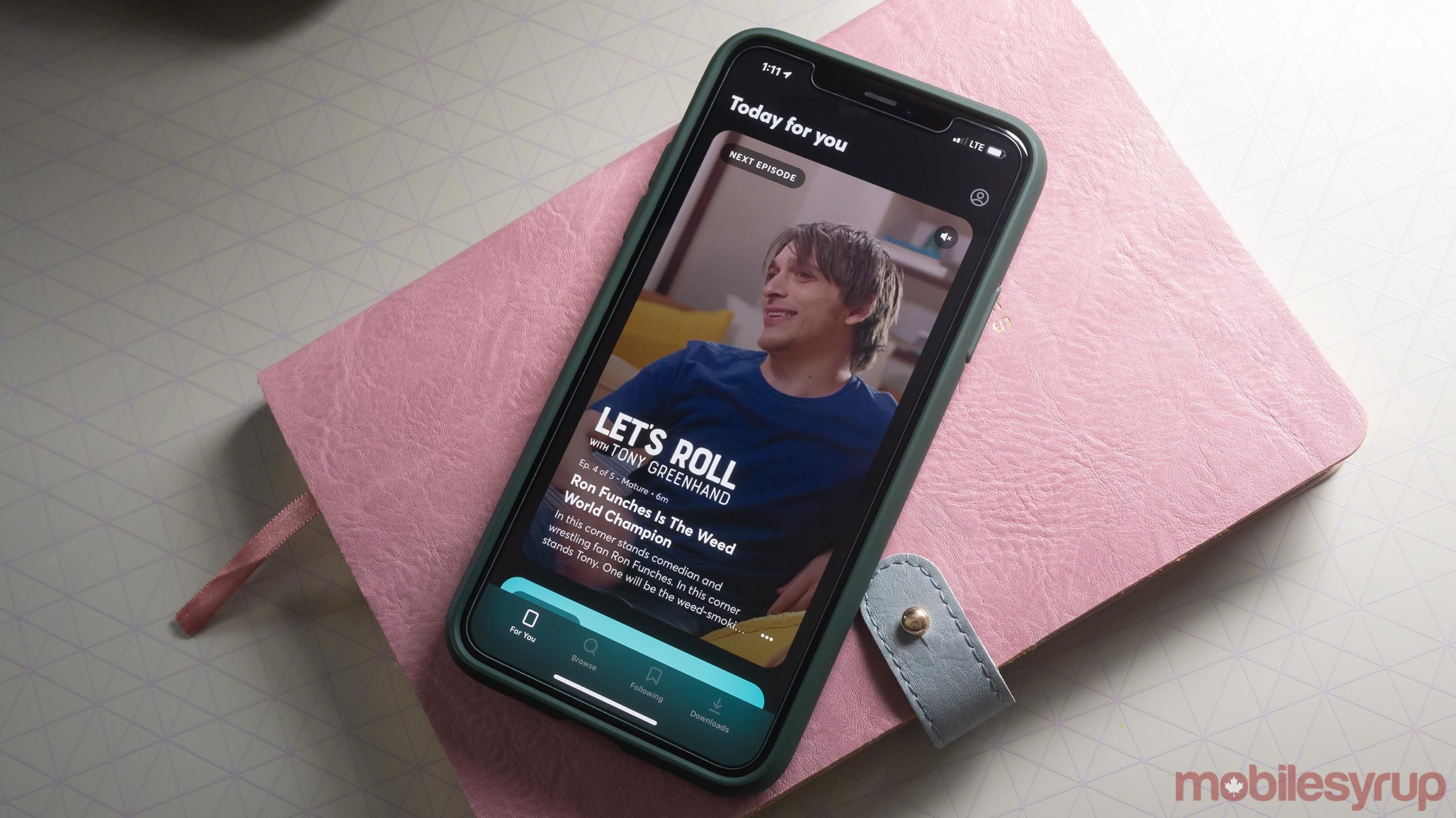 Quibi, a short form mobile-focused video streaming service that struggled to find an audience amid a global pandemic where many people are working from home, is shutting down, according to The Wall Street Journal.

Given the platform was available for only six months, this makes it one of the shortest-lived streaming services ever.

Several factors likely played into Quibi’s untimely demise, including that a mobile-focused streaming service doesn’t make sense when people are home, that none of its content was really compelling enough to attract returning subscribers, and the fact that you can watch short-form video content on platforms like YouTube and TikTok entirely for free.

It’s unclear what will happen to Quibi’s lineup of celebrity-filled content. The Information initially reported co-founder Jeffrey Katzenberg, who is also the former Walt Disney Studios chairman, attempted to sell Quibi’s content to Facebook and NBCUniversal, but ultimately failed.

Quibi launched in Canada on April 6th for $6.99 per month for a subscription tier that featured ads and $9.99 per month to remove ads. The platform forged a partnership with Bell that included exclusive sports and news content from CTV News and TSN. Bell’s Quibi initiatives will likely be cancelled entirely. MobileSyrup has reached out to Bell for more information.

Quibi allowed viewers to watch content in both landscape and portrait mode. While the platform was initially off to a strong start, it struggled to keep subscribers around after it’s free trial ended. Some reports indicated that Quibi lost 92 percent of its early users following the end of the platform’s free trial.

It remains unclear when Quibi will remain operational until or what will happen to users that have paid a subscription fee. MobileSyrup has reached out for more information from Quibi.

Update 10/21/2020 6:43pm: Quibi has confirmed that it’s shutting down in a press release. It says that “following the company’s wind down and satisfaction of all liabilities, the remaining funds will be returned to its investors as specified in the company’s operating agreement. ”

“We have assembled a world-class creative and engineering team that has created an original platform fueled by groundbreaking technology and IP, enabling consumers to view premium content in a whole new way. The world has changed dramatically since Quibi launched and our standalone business model is no longer viable. I am deeply grateful to our employees, investors, talent, studio partners and advertisers for their partnership in bringing Quibi to millions of mobile devices,” said Katzenberg in the press release.

Quibi says that it’s working with “legal and financial advisors” to “identify a suitable buyer or buyers for its assets.”

Regarding subscribers, Quibi says that it’s sending out notifications regarding the final date they will be able to access the platform.

Further, Bell says that it’s “in touch with Quibi management and discussing next steps.”