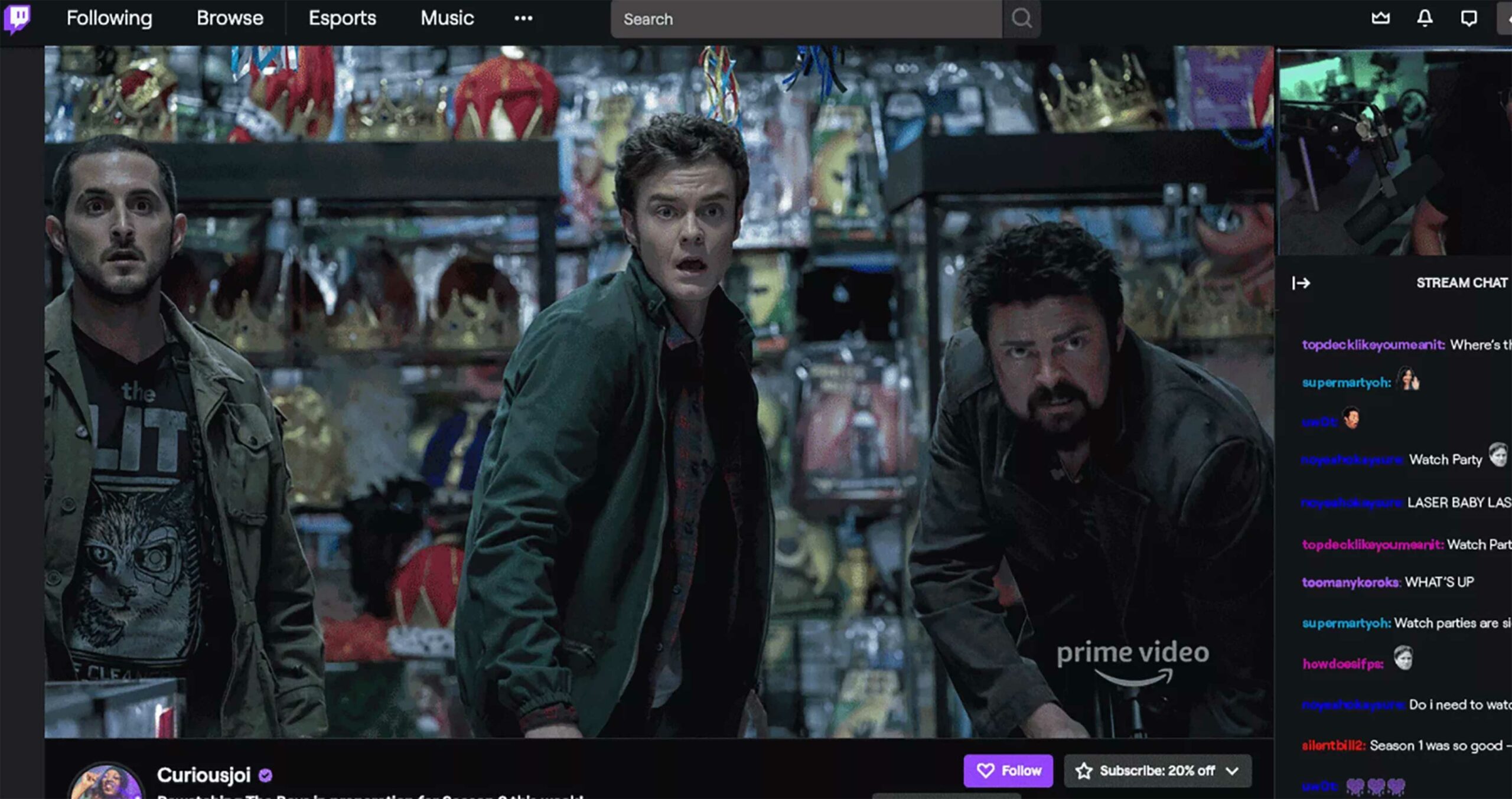 Twitch has rolled out its Watch Party feature worldwide, allowing all streamers and their viewers to stream Amazon Prime Video content together.

Watch Party was previously made available exclusively in the U.S. in April. Now, anyone with an Amazon Prime Video account can host a public Watch Party through Twitch on desktop. Twitch says support for mobile Watch Parties is expected to roll out sometime in the coming months.

Here are the steps to start a Watch Party, per Amazon:

It’s important to note, however, that you might run into some issues depending on the title you’re looking to watch. Of course, Amazon Originals like The Boys, The Marvelous Mrs. Maisel and Homecoming will be available across Twitch in all countries.

However, licensed content may be blocked for your stream if you’re in a country where Amazon Prime Video does not include the show or movie in question. For example, Star Trek: Picard streams on Amazon Prime Video in the U.K., but in Canada, it’s not available on the service, as it’s exclusive to Bell’s Crave. Therefore, Canadians would not be able to join the Watch Party of someone in the U.K. for Picard.

Still, given the ubiquity of Twitch, this seems like a solid option for a Prime Video Watch Party. This is also well-timed with the release of The Boys Season 2, which premieres on Amazon Prime Video on September 4th.