All of these speakers are waterproof, too 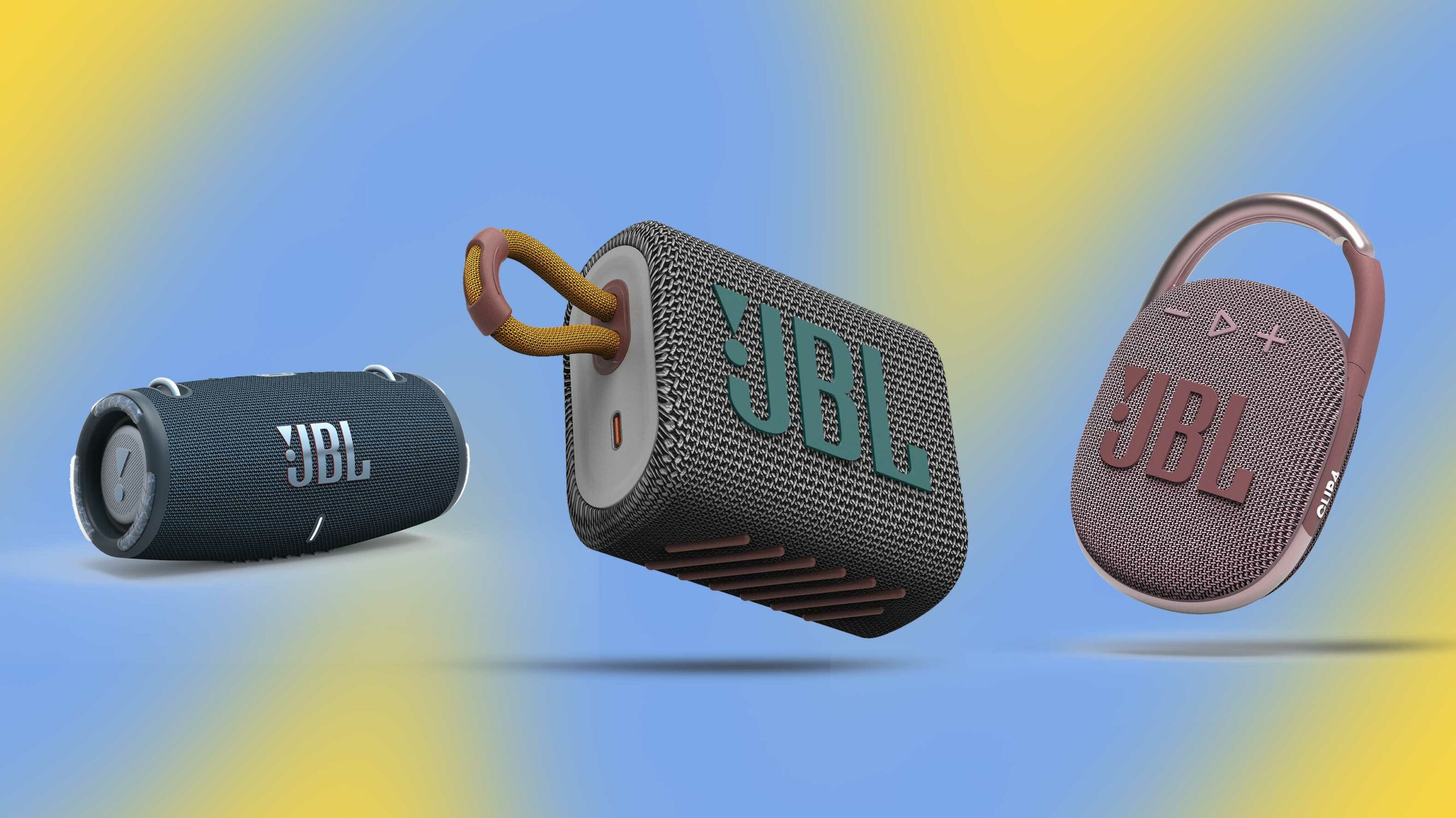 Amongst all of the new speakers and headphones that JBL announced today, the highlights for me are the new JBL Xtreme 3, JBL Go 3 and JBL Clip 4.

These are the company’s ultra-portable Bluetooth speakers, and, specifically, the Go 3 and the Clip 4, both feature new designs and colour schemes that really make them pop. 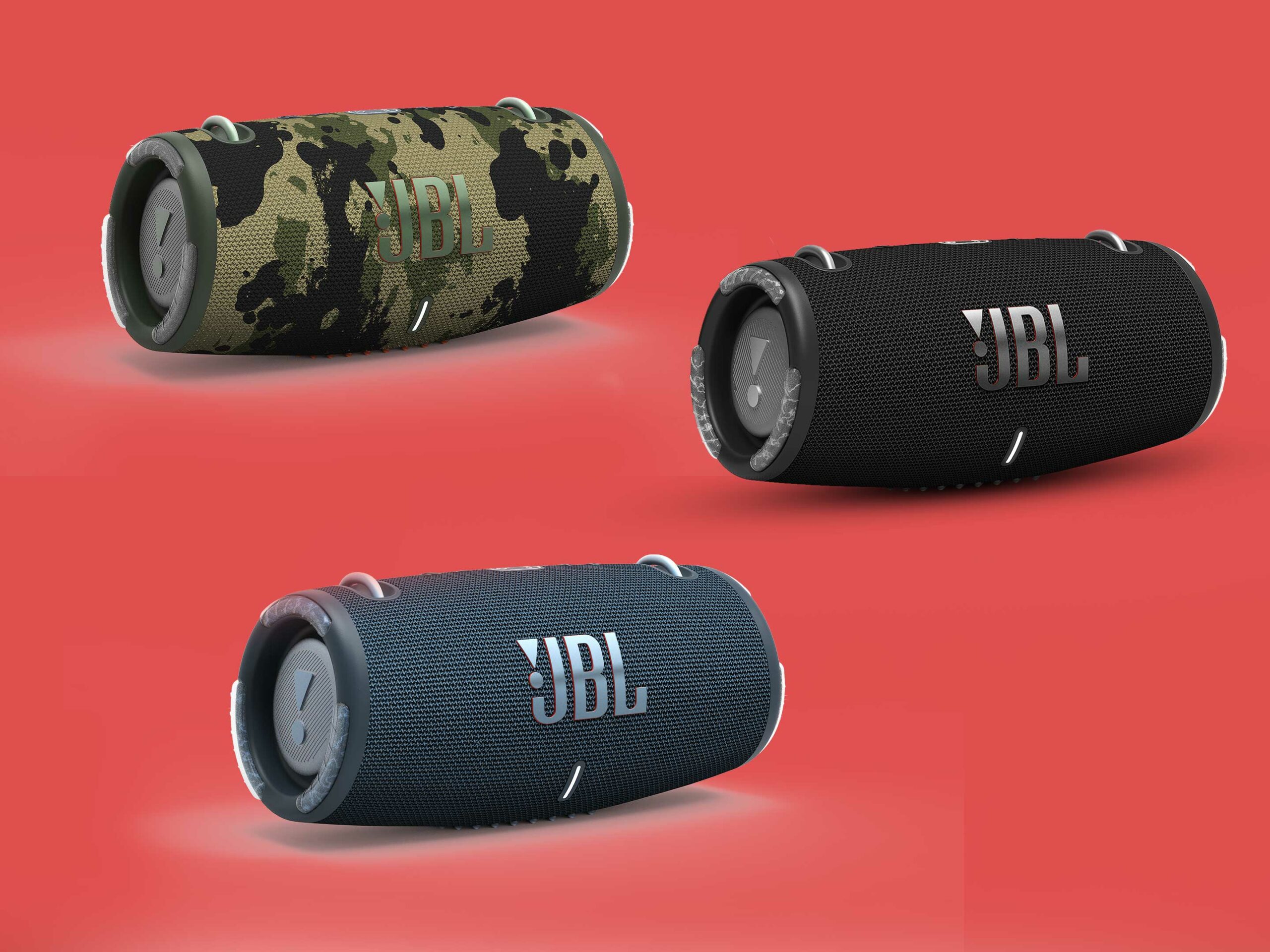 The JBL Xtreme 3 is the largest of the three, so it therefore has the best specs. Inside, it’s got four improved drivers and two JBL Bass Radiators, according to the company’s press release. It’s also got an astounding 15-hour battery life, an IP67 water and dustproof rating and it charges via USB-C.

Sadly, it doesn’t have as strong of a design as the smaller JBL GO 3, but if it’s as good as previous JBL speakers, the design doesn’t matter that much. While we haven’t gone hands-on with this model, we’ve used older JBL speakers and to us, they’ve always been a bit bass-heavy. That’s not necessarily a bad thing and the speakers on the JBL Link View are some of my favourites since they hit so hard, but it’s still worth noting. 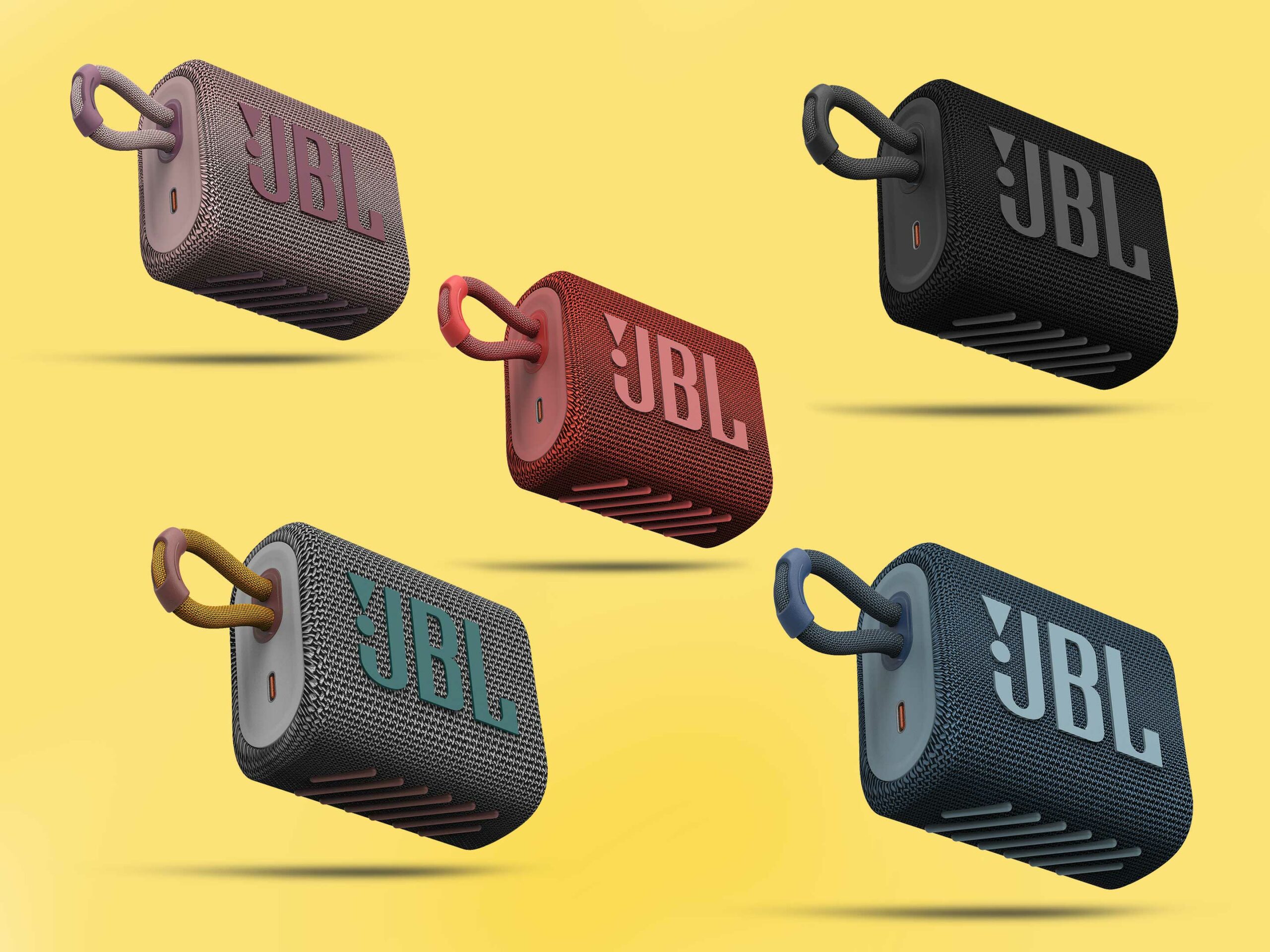 This speaker is built to fit in most pockets, but it’s also got a cute strap so people can tie or clip it to their bag, a lawn chair or just about anything.

The Go 3 gets around five hours of battery life per charge, which seems moderately decent given its small size. JBL hasn’t shared how many speakers are in the unit, but it says that they’re punchy and “surprisingly rich.”

This speaker has a really striking design the JBL says is based on modern street fashion. This different design looks fantastic and is so good that I wish the Xtreme 3 was just a larger version of the Go 3.

Beyond the design, the speaker is also IP67 rated and uses USB-C to charge. 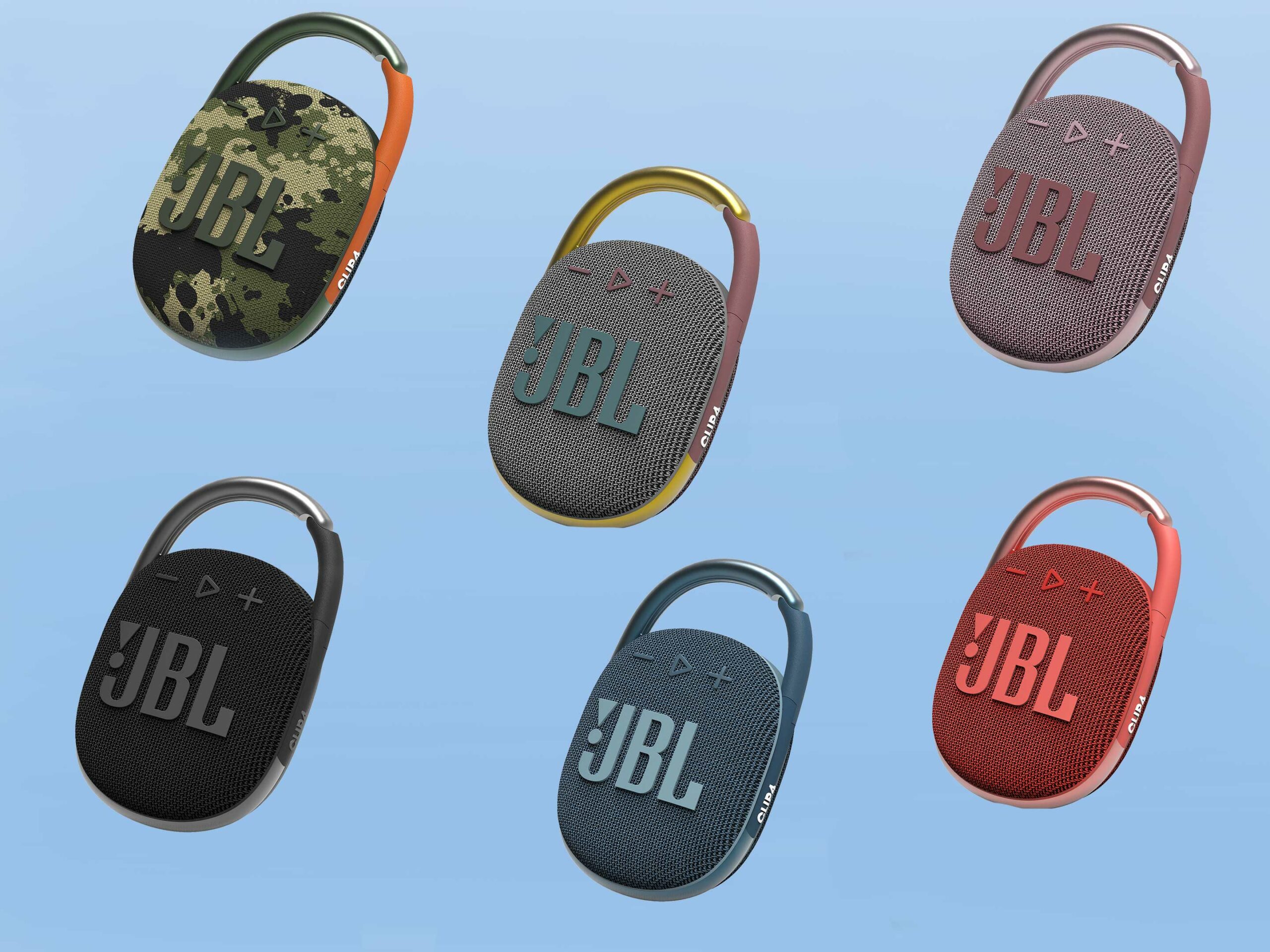 If you like to have music with you wherever you go, the Clip 4 might be your best option. This is JBL’s latest speaker that’s sort of built around a carabiner so users can easily clip it onto anything.

It even has double the battery life of the Go 3, so it should last much closer to a whole day. Once again, JBL has improved the design of the speaker to make it trendier. It’s not as good as the Go 3, but it’s close.

Just like the other speakers released today, it’s also IP67 rated and has a USB-C port. Like the Go 3, JBL has yet to share the specs of its speaker.