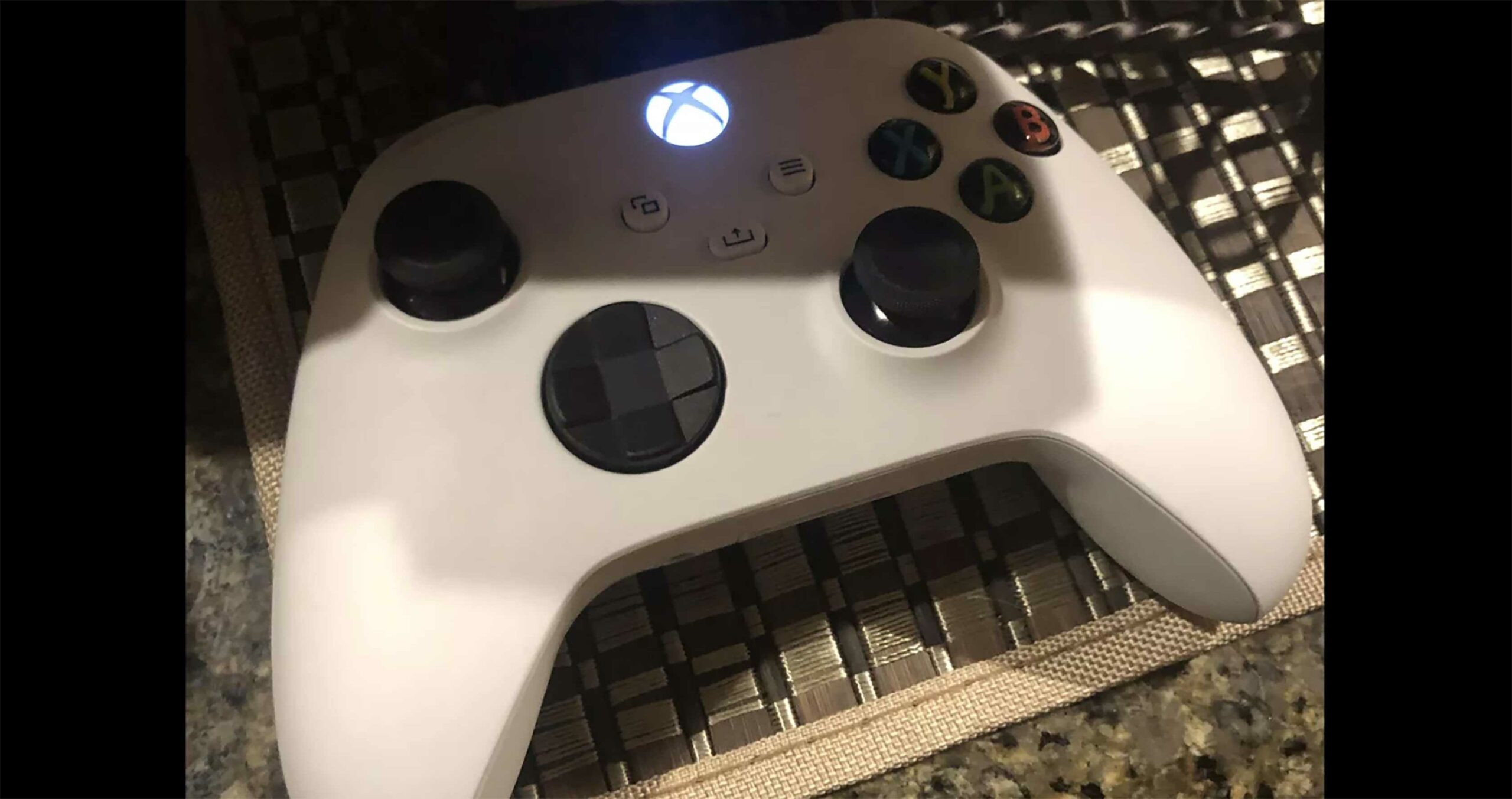 An image of a white next-gen Xbox controller has hit the internet.

The photo first appeared on Reddit on July 26th and appears to be a white variant of the Xbox Series X’s controller, given the new D-pad and DualShock 4-like ‘Share’ button.

The original poster, going by “Wolfy_Wizzardo,” claimed the photo came from a party in Washington state hosted by the child of a Microsoft employee. For months, this account had also been commenting and posting about other miscellaneous Washington-related topics.

The original poster has since deleted both the photo and their account, but not before telling The Verge that the console alongside the controller was white and “looked more squarish and the Xbox button looked bigger on it.”

Given all of this information, redditors are now speculating what a white next-gen console even means, assuming the image is indeed real.

To start, a white next-gen Xbox could simply be a special edition model that was given to an employee, as it did with the Xbox One in 2013. On the other hand, it could indicate that Microsoft is working on a white variant of the Xbox Series X, which has so far only been shown in black.

Finally, the white console could point to Microsoft’s long-rumoured lower-cost next-gen console, said to be codenamed Lockhart. The system is expected to be an alternative to the Series X that offers some of that console’s technical improvements, while removing others to cut cost.

While Microsoft has denied the existence of two next-gen Xbox consoles, rumours regarding the second system have swirled since 2018, with recent reports indicating that ‘Lockhart’ will be revealed in August. An impending hardware-focused event would make sense, given that Xbox’s big July 23rd event was focused solely on Xbox Series X games.

Therefore, regardless of whether this white console is real, we’ll likely learn more about Xbox next-gen hardware plans sometime next month.

These are the reported specs for Project Scarlett consoles Anaconda, Lockhart