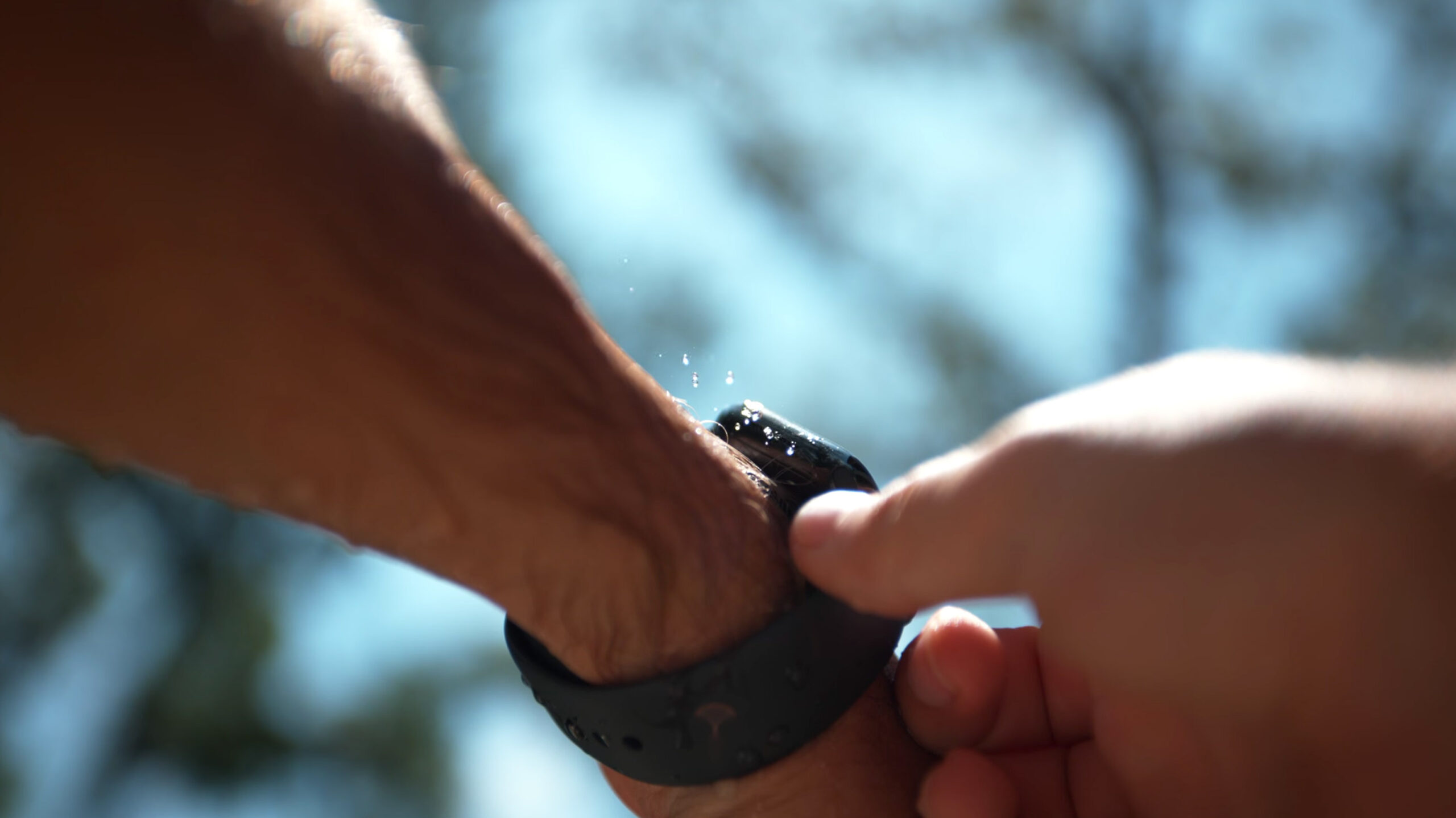 Back in 2016, Apple added a water-ejection system to the Apple Watch Series 2. It’s been part of the Apple Watch ever since, but thanks to a new video from ‘The Slow Mo Guys’ on YouTube, you can now see how it works at about 2,000 frames per second (fps).

For those unfamiliar with the system, it uses the speaker to vibrate rapidly and push water out of the smartwatch housing. However, at 2,000fps (or about 80 times slower), it’s a very unique thing to witness.

The Slow Mo Guys record the water ejection using a macro lens to help get viewers right up close to the speakers. It’s incredibly interesting how the water droplets fly out of the speaker hole. Further, some of the droplets cling to the side of the Apple Watch because of surface tension, collecting other drops and growing larger.

Interestingly, the speakers don’t expel all the water. They cycle through a frequency a few times, pushing water out, but also sucking some of the water back in. Because of this effect, Apple actually designed the ejection system to run, pause, then run again. This gives the water time to pool again before the second round, which helps push out more liquid.

The Slow Mo Guys also record the watch in slow motion without a macro lens to give viewers a better sense of the scale. When zoomed in close to the watch, it looks like there’s much more water than there actually is. Finally, The Slow Mo Guys also briefly show the screen of the Apple Watch at 1,000fps (or 40 times slower), which is enough to see the OLED screen refreshing.

Although this is a Slow Mo Guys video, it only features Gavin Free. Free notes in a comment below the video that his partner Daniel Gruchy currently can’t enter the U.S. because of COVID-19.

If you haven’t before, check out the rest of The Slow Mo Guys’ channel. It’s full of awesome videos showing a variety of things in super slow motion.