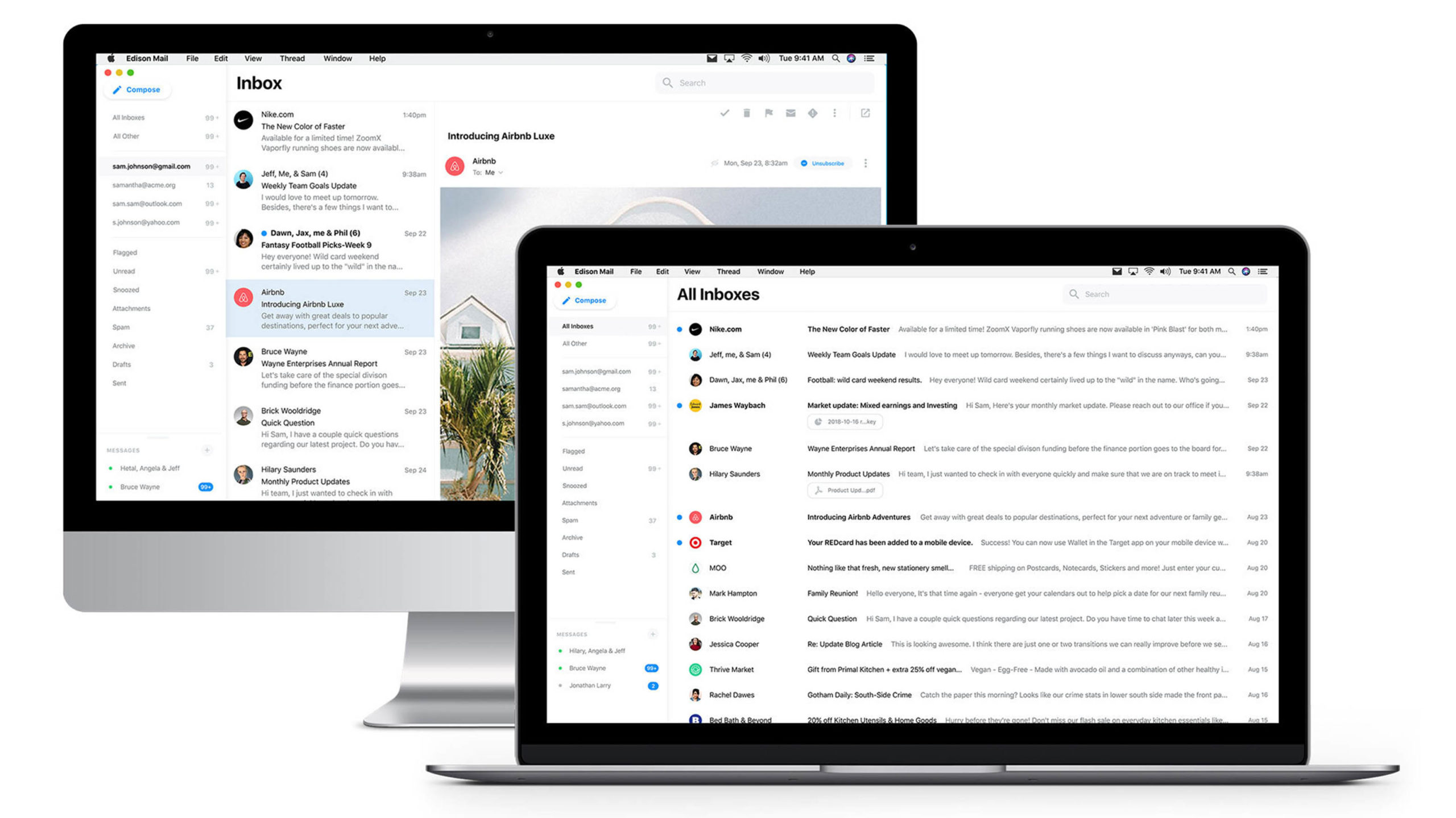 Edison’s Mac email app is now available on the App Store for all.

Edison Mail for Mac previously launched in December as an invite-only app. Despite the exclusive launch, there was plenty of interest with Edison claiming over 50,000 people had signed up to try the new Mac app before it went public.

Now, Edison Mail is officially available for all on the App Store for free. While it may be on a different system, Edison still offers many of the same excellent features seen on its mobile apps. That includes one-tap unsubscribe, Block Read Receipts, Block Sender, dark mode and more. There are also some new inclusions for Mac, such as ‘Focused Inbox’ or ‘Today Folder.’

Focused Inbox lets users ‘focus’ their inbox on the emails that matter to them by automatically separating important messages from some of the less-important things that can clutter up an inbox like newsletters. Today Folder will automatically include all the emails you received that day, making it easy to check what’s new. 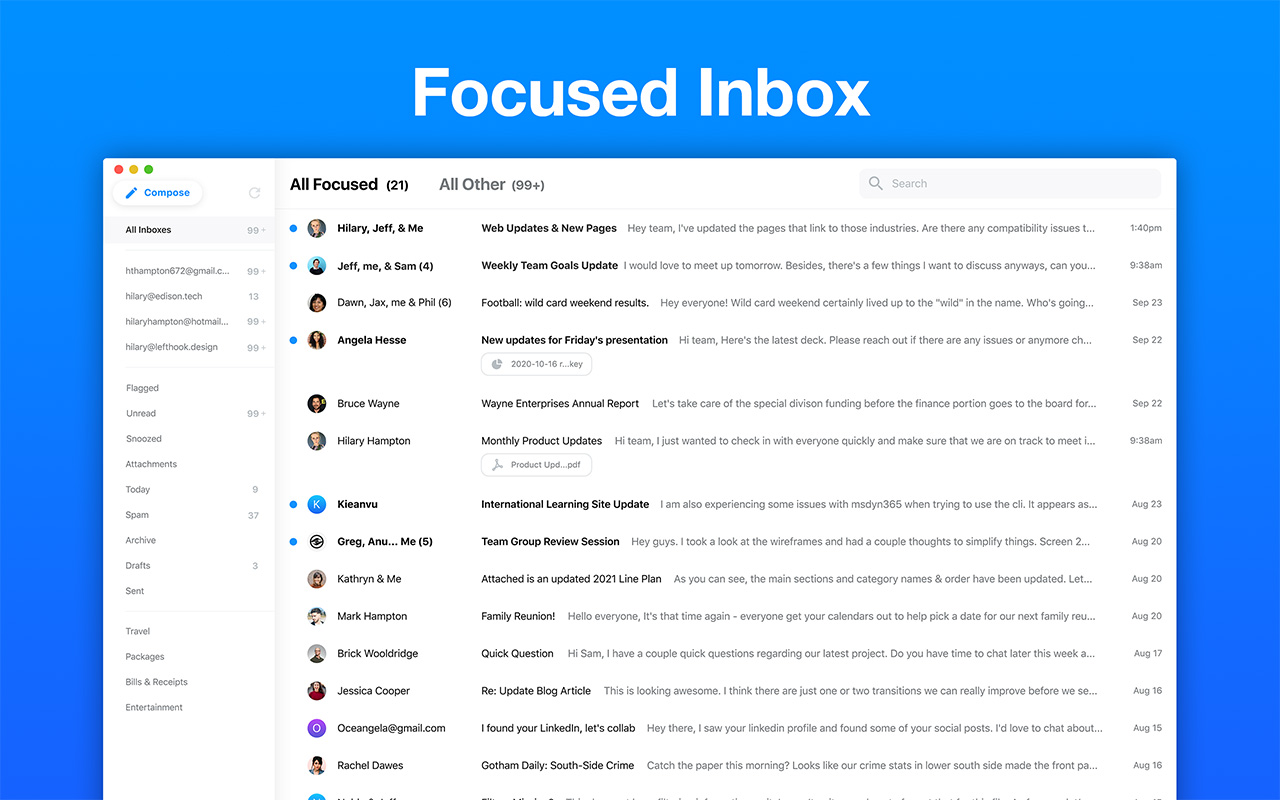 In a blog post about the release, Edison positions its new desktop email app as the ultimate replacement for browser-based apps like Gmail. According to Edison, its app is faster, prettier and boasts more features than browser-based solutions. 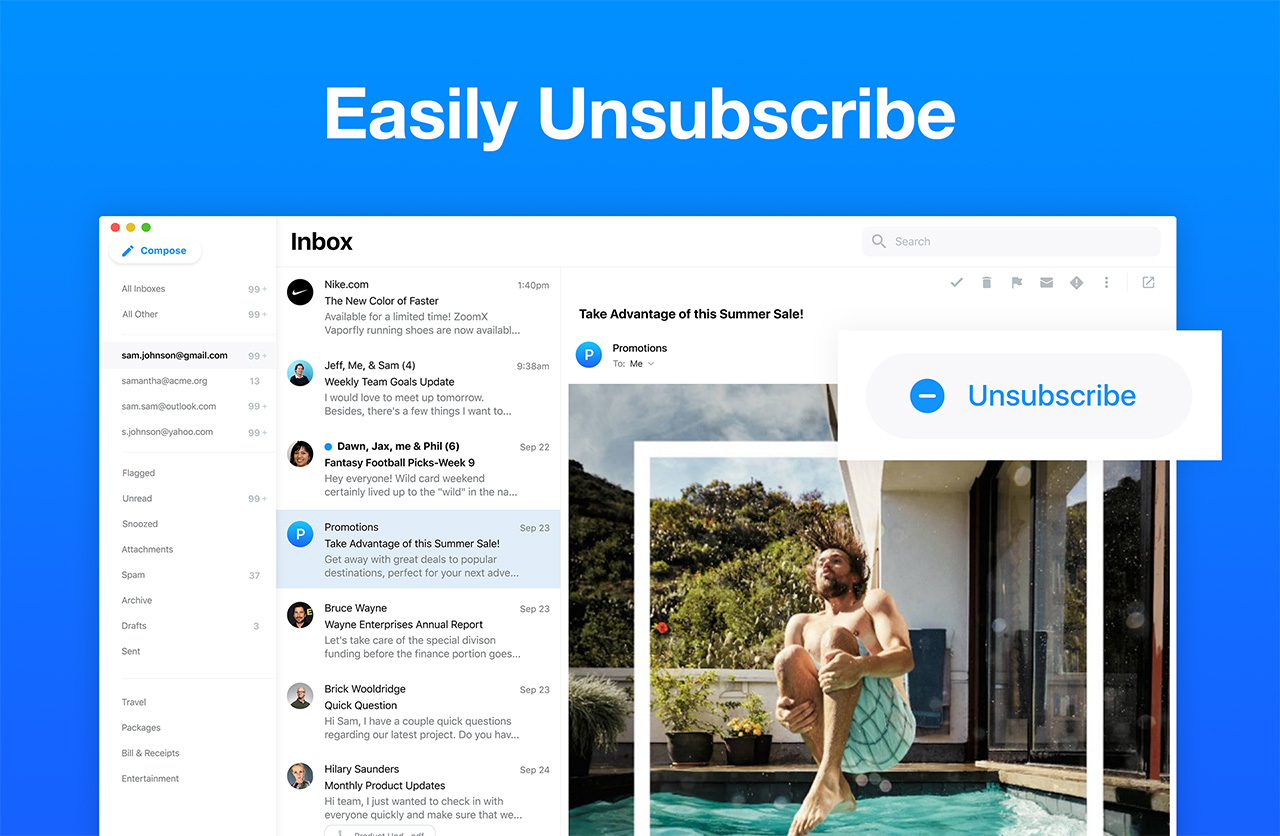 I’d argue that Edison has a point. I’ve avoided using the Gmail web app for some time, mostly because it doesn’t work for how I use my inbox (not to mention it doesn’t let me access both my Gmail addresses simultaneously). Edison boasts support for Yahoo, Gmail, Outlook and other email accounts and they can all be piped into one universal inbox.

If you’ve got a Mac and these features sound like ones you’d like, I’d recommend giving Edison a try — it’s free after all. Edison Mail is also available on iOS from the App Store or Android from the Play Store.