Editing sent messages could be coming to iPhone users

According to a new 200,000-word Apple patent, text message mistakes could soon be a thing of the past with Messages

iPhone users may eventually get the ability to edit messages, according to a new US patent filed by Apple.

There’s no mention if this is SMS text messages or iMessage, but because iMessage is web-based it makes more sense we’ll likely see this feature arrive there.

The 200,000-word document describes several features many are likely familiar with, but one section of note relates to editing as well as building an application launcher within the iPhone’s Messages app.

The patent says that, “… current messaging applications have numerous drawbacks and limitations.” Things like not being able to edit messages, sending private chats, and making sure everyone in the chat is seeing the same messages in the correct order, are all issues that plague messaging apps.

This patent acknowledges, at least internally by Apple, that its current messaging app could be improved on in a few key ways.

The real meat of the patent is how it illustrates Apple’s message editing interface. 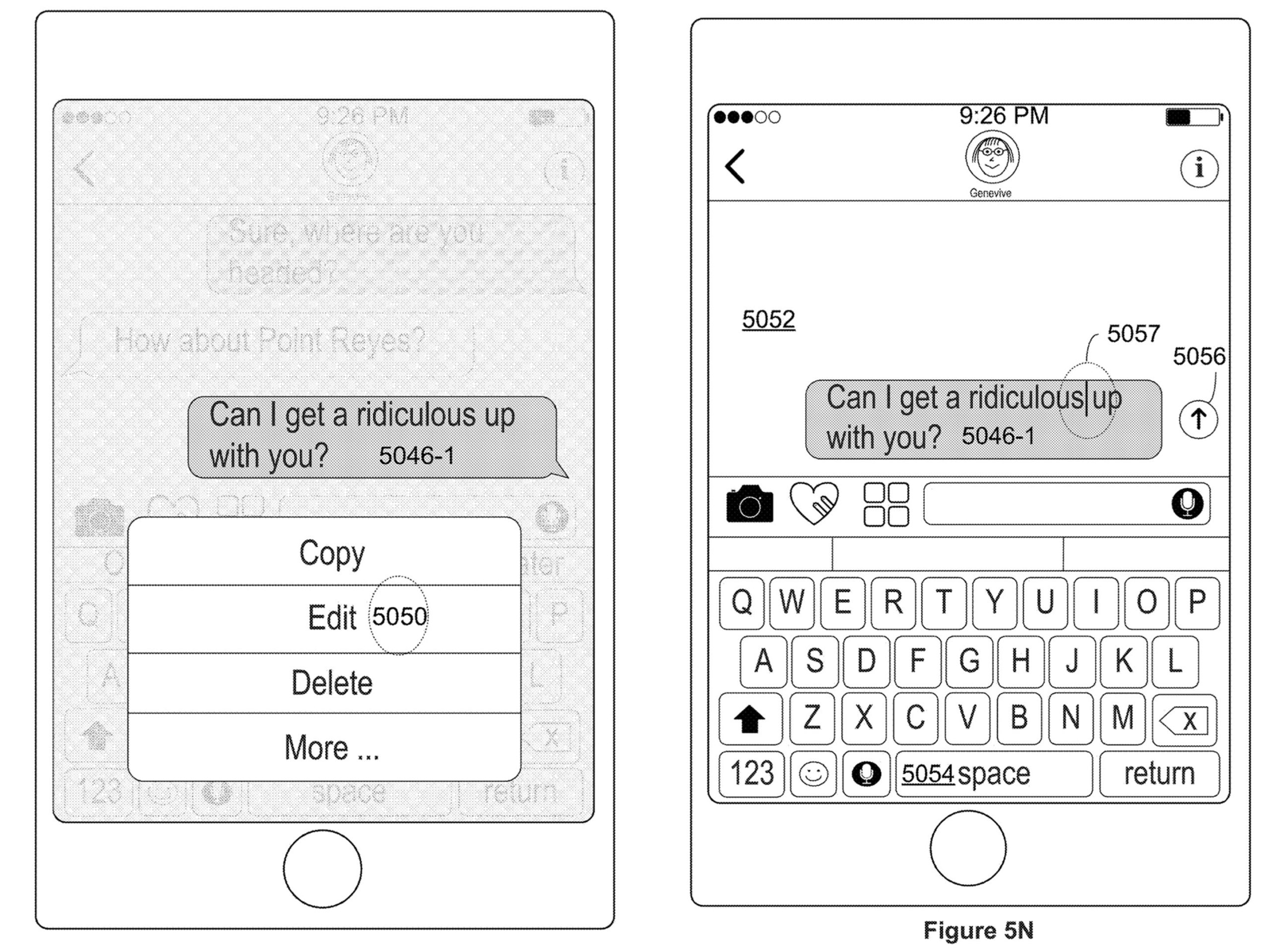 Messaging services like Slack allow users to edit messages after posting within the app itself, but this isn’t done through a cellular network. Adding the ability to edit text messages might be what Apple is after with this patent in the long term. However, it’s likely we’ll see this implemented in iMessage first.

As always, it’s important to note that this is just a patent filing and may not result in Apple ever releasing the ability to edit messages

Source: US Patent and Trademark Office Via: AppleInsider