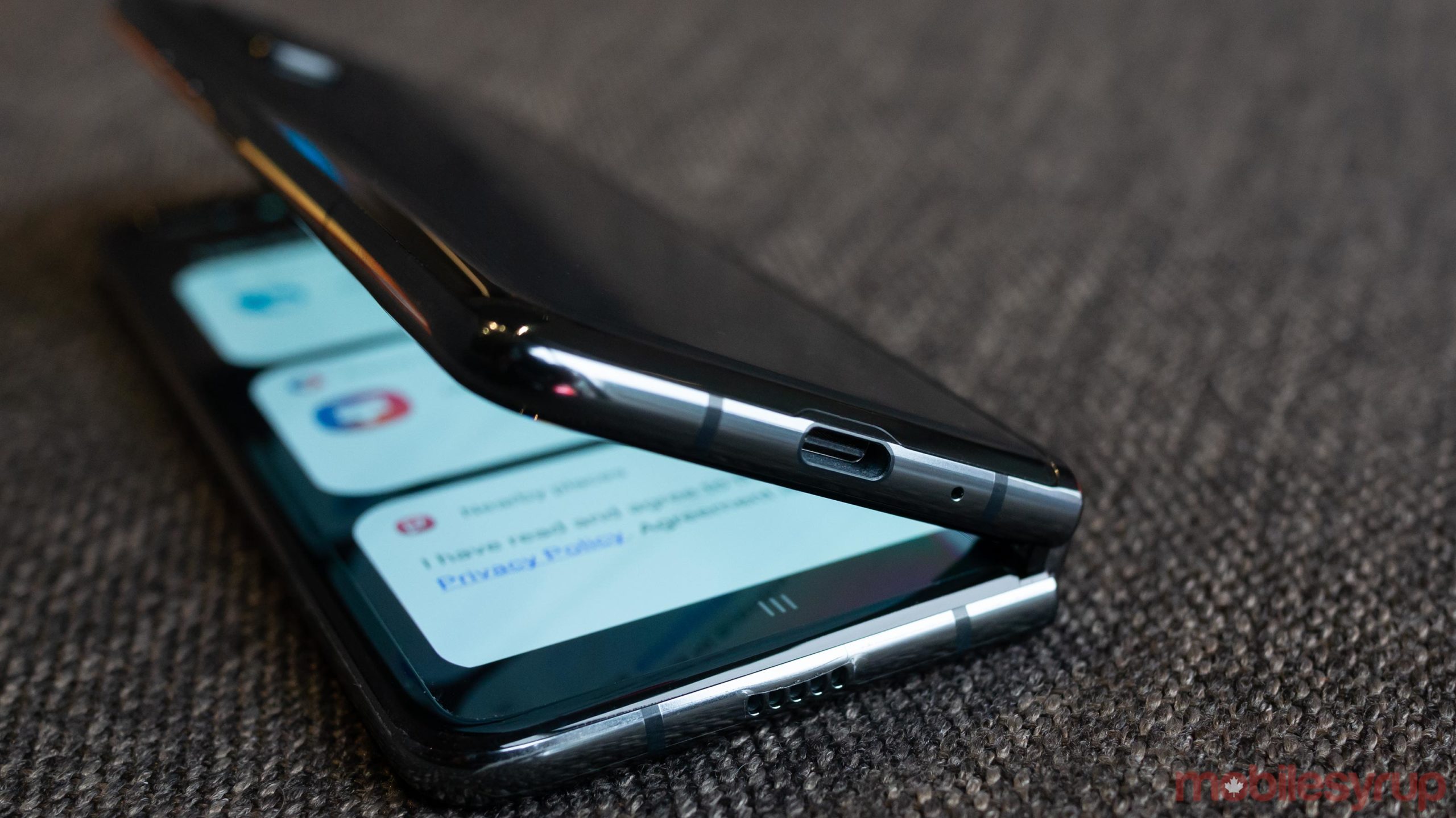 It looks like Samsung is rolling out Android 10 to the Galaxy Fold in some regions.

The new firmware, listed as ‘F900FXXU3BTCD,’ was first spotted by SamMobile. Along with Android 10, Samsung is also bringing One UI 2.0 to the Galaxy Fold foldable smartphone. This means the device will be able to take slow-motion selfies, dark mode now darkens wallpapers and the Fold now features a way to easily record the display, among other new features.

It’s likely that given the over-the-air (OTA) update is now available for the 4G variant of the Galaxy Fold in France, it will make its way to other regions over the next few days, including Canada.

The Galaxy Fold was first released in South Korea on September 6th and the United States on September 27th. The handset’s original release schedule was pushed back due to design issues with early review units that suffered from debris getting stuck behind the foldable smartphone’s display, as well as some media removing a protector that held the device’s screen together. As a result of these problems, Samsung made subtle changes to the final retail Fold’s design, including extending the protective film under the bezels so that it can’t be peeled off, as well as improving the build quality of the hinge by shrinking the gap present when the device is closed.

The Galaxy Fold’s front-facing 4.6-inch screen is tiny and features massive bezels on the top and bottom. The interior displays fold out to reveal what is essentially a 7.3-inch tablet-sized panel inside. The smartphone also features a Snapdragon 855 processor, 12GB of RAM and 512GB of internal storage.

Despite cancelling the Galaxy Fold’s Canadian release in early September 2019, Samsung eventually released the smartphone exclusively at Samsung experience stores on December 6th, 2019. While the Galaxy Fold was an interesting technical achievement, in many ways it was a prototype for Samsung’s more recently released and more well-received Galaxy Z Flip, a foldable smartphone with a clamshell design.