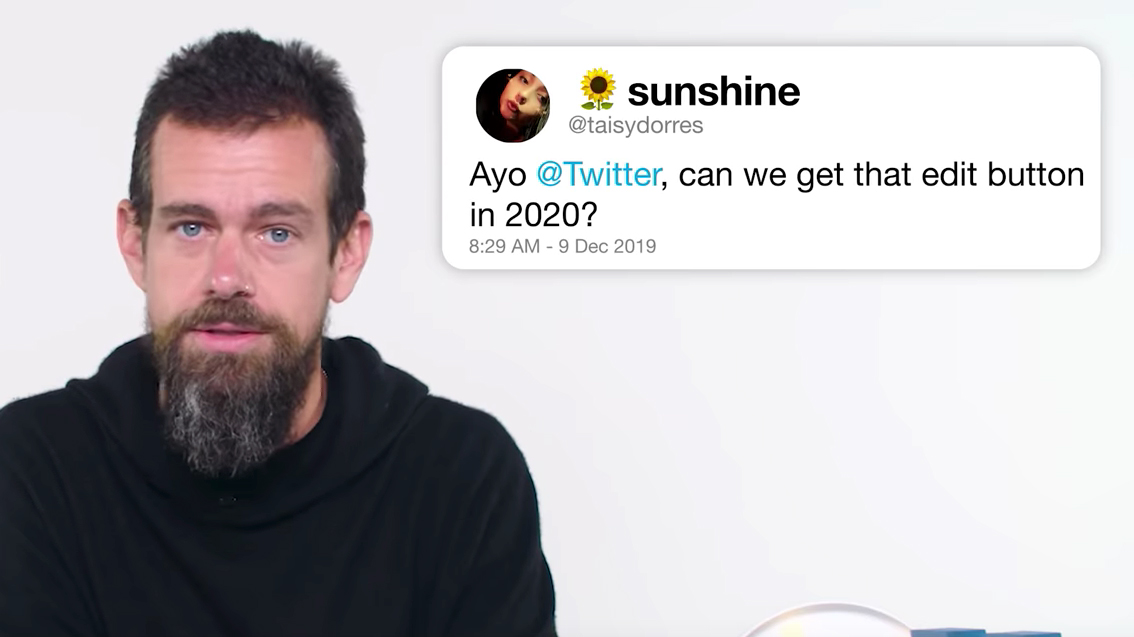 Even though Twitter users have been requesting the ability to edit tweets on the social network for years, the head of the platform says the feature is “probably never” coming.

During a recent Wired Q&A, Jack Dorsey was asked if an edit button is coming to Twitter in 2020. He responds while smiling slightly and says “the answer is no.”

While not surprising, this is yet another example of the social network ignoring its users’ requests. Dorsey expands and says that adding an edit button would go against Twitter’s original design.

“We started as an SMS, text message service. And as you all know, when you send a text, you can’t really take it back,” said Dorsey. “We wanted to preserve that vibe, that feeling, in the early days.”

Despite Dorsey’s claim of wanting to preserve Twitter’s roots, rumours have been swirling that the social network is considering implementing a feature that allows users to set several different settings that limit who can reply to your tweets. Bringing this feature to Twitter would change how the platform works far more than the addition of an edit button.

There are also rumours that Twitter could soon give users the ability to tip each other and send money through tweets.