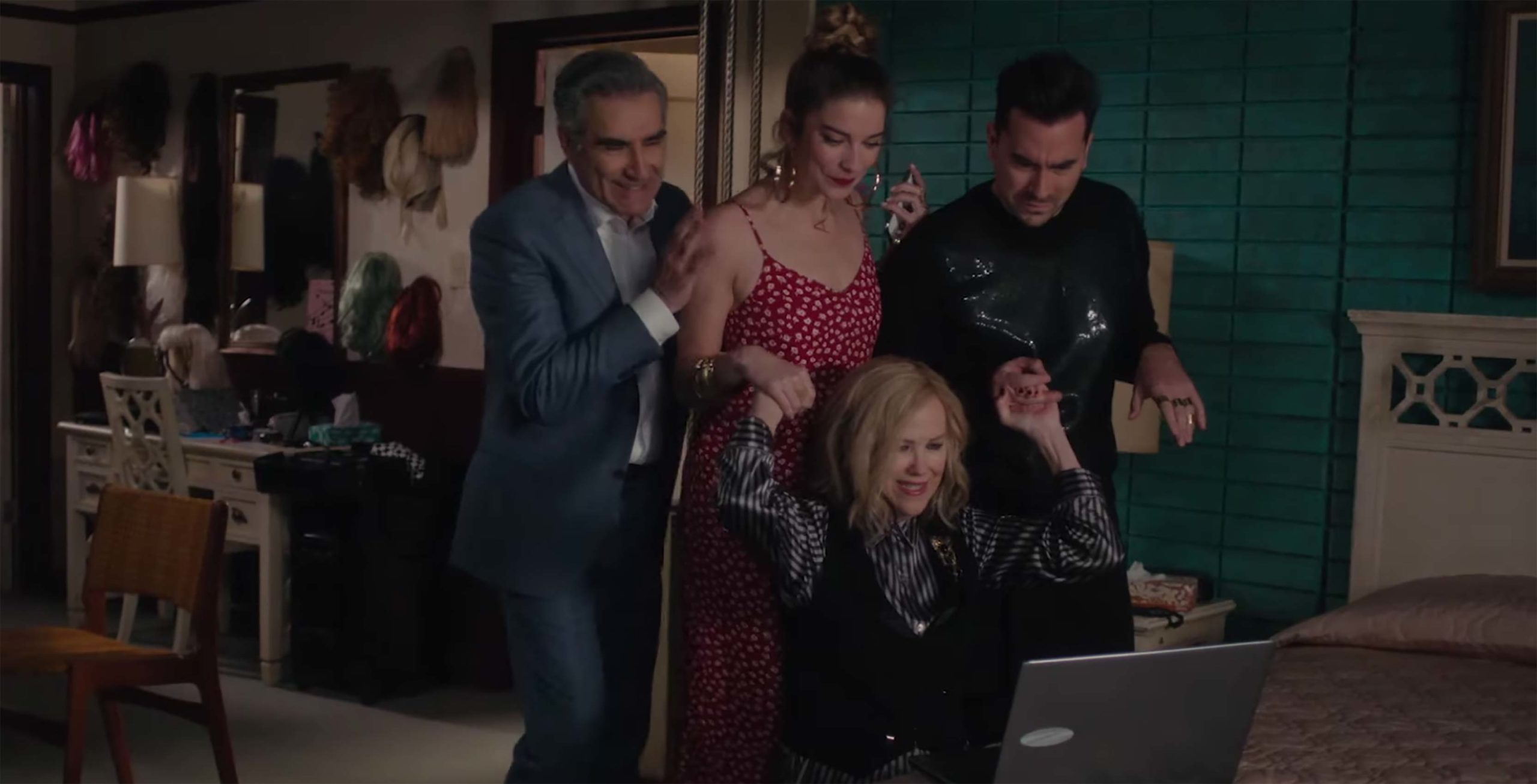 Three popular CBC shows are returning for this week and can be streamed on CBC Gem for free (with ads) or ad-free with a $4.99/month subscription.

Kim’s Convenience is based on Toronto-raised Ins Choi’s play of the same name and follows a Korean family running a convenience store in Toronto.

In the series’ fourth season, Appa and Jung struggle to mend their relationship through beer-league soccer, the Kims’ first family dinner in 15 years and more.

Toronto detective William Murdoch solves crimes around the turn of the century.

Additionally, the series is filmed in Toronto.

While the first half of the season aired between September and December, the season’s second half has just begun.

(and it's always free)

In the sixth and final season of Schitt’s Creek, David prepares for his wedding.

Meanwhile, the show is filmed all around Ontario.

The full list of movies and shows hitting CBC Gem this month can be found here.

Toronto-born The Social co-host Lainey Lui and a rotating lineup of guests offer weekly analysis on some of Crave’s biggest shows.

The first episode hits Crave right after the two-part premiere of The Outsider (see more below) and will continue to follow the show every week.

Embark on a life-changing journey with @TheChloeWilde. #HealthyIsHot, a Crave Original, is now streaming only on Crave. pic.twitter.com/9sjo11dJdv

Based on Stephen King’s best-selling novel of the same name, The Outsider examines the investigation into the mysterious forces surrounding the murder of an 11-year-old boy.

Wild Nights with Emily aims to dispel the myth that Emily Dickinson was an unloved recluse by showing the famous poet’s vivacious side, including, most notably, her lifelong romance with another woman.

The film was written and directed by Madeleine Olnek (The Foxy Merkins) and stars Molly Shannon (Other People), Amy Seimetz (The Killing), Brett Gelman (Fleabag) and Kevin Seal (Club MTV).

This 2019 live-action remake of the 1992 animated classic of the same name follows a young street urchin whose efforts to use a genie to help him woo a princess bring him into conflict with an evil sorcerer.

A list of movies and shows hitting Disney+ Canada in the first half of January can be found here, while a roundup of content later in the month is available here.

AJ and the Queen [Netflix Original]

A down-on-her-luck drag queen travels across America from club to club with a scrappy child stowaway.

Stream AJ and the Queen here.

This new Netflix docuseries follows the competitive cheer squad at Texas’ Navarro College as it trains to win a coveted national title.

Cheer was directed by Greg Whiteley (Last Chance U).

A spin-off of Rob Corddry’s (Ballers) Children’s Hospital, Medical Police is about two doctors who race around the world to find a cure for a deadly virus.

Based on DC’s Teen Titans comics, Titans follows a group of young superhumans that work together to save the world. In the series’ second season, the team encounters the deadly assassin Deathstroke.

What are you looking to stream this week? Let us know in the comments!