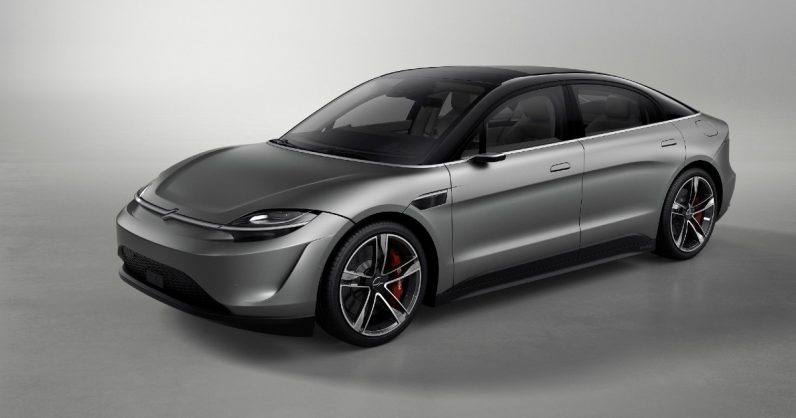 Sony has unveiled an electric concept car called the Vision-S at CES 2020 in Las Vegas.

While the announcement came as a surprise, however, the company doesn’t plan to manufacture the vehicle. Rather, it aims to showcase its technology to license and sell it to other electric car companies.

The Vision-S is a sleek looking vehicle that features 33 different sensors, including a CMOS, LIDAR and ToF (Time of Flight) sensor. Sony partnered with BlackBerry and Bosch on select functions and has outfitted the Vision-S with ‘always-on connectivity,’ as well as a beautiful panoramic widescreen display in the front seats, while the rear-seats feature screens within the headrests. Each seat has its own built-in speaker with Sony’s ‘360 reality audio’ surround sound technology.

Sony states the prototype is powered by a “newly-designed EV platform” that can go from 0-100 km per hour in just 4.8 seconds. For reference, the Tesla 3 can currently reach that speed in 3.4 seconds.

“Sony is working to thoroughly understand the mechanism of cars — to not only comprehend how they are made and the challenges they present, but also their relevance to society. Towards this goal, Sony has developed a car that is both drivable and gives full consideration to safety. The car represents a fusion of Sony’s technology and creativity,” says Sony on its website.

This platform, which is possibly created by auto manufacturer Magna, will allow Sony to incorporate its tech into vehicles other than sedans.