Prototype ‘Nintendo Play Station’ goes up for auction in February 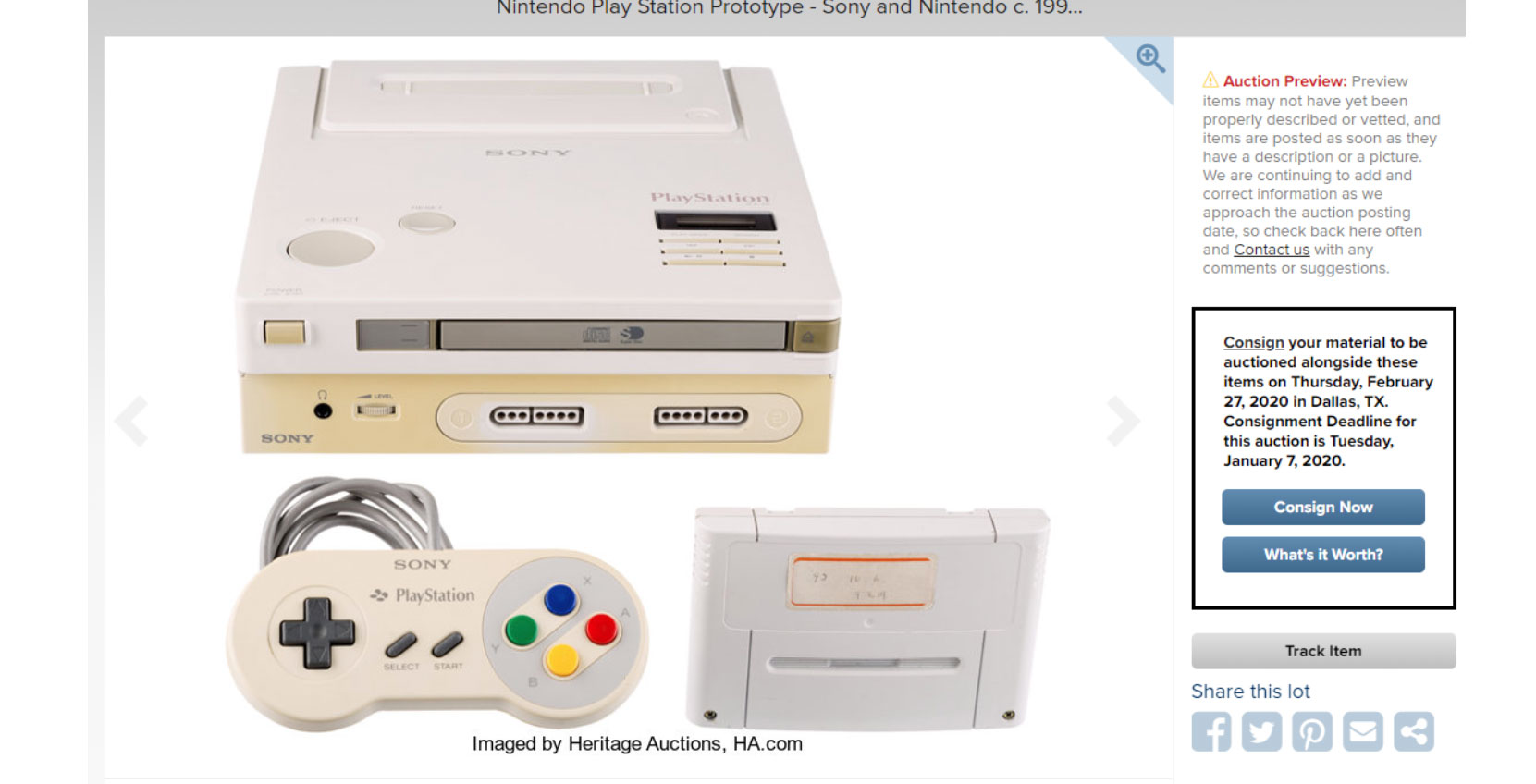 The original prototype for Sony’s home console called ‘Play Station’ will be up for auction in February.

The prototype — a Super Nintendo with a CD-ROM drive attached — was created in a partnership between Nintendo and Sony. The console never came to fruition due to disputes between Sony and Nintendo in 1991, causing Sony to release the original PlayStation on its own in 1994.

Now, a man named Terry Diebold is turning down million-dollar offers for the console with the goal to sell it to the highest bidder, according to a report from Kotaku.

Diebold reportedly bought the console in an auction in 2009 without knowing its rarity. In 2015, his son rediscovered the game system, and since then the two have been bringing the Play Station to gaming expos and other venues to build its reputation. Now, he’s finally ready to let it go.

“I can’t keep losing money,” Diebold told Kotaku in an email. “I’ve put a lot of work into this by traveling with it and we have made nothing on it. Every trip that we… have taken with it has cost us money out of pocket.”

The auction will begin on February 27th. There is currently no guesses on how much this might cost. “In the case of this particular item, since it’s never been sold at public auction before, there’s really no way to tell,” said Valarie McLeckie, Heritage’s director of video games to Kotaku.

Diebold reportedly turned down 1.2 million from someone in Norway. Diebold will split whatever he makes with his son, but 600,000 wouldn’t be enough after paying the taxes and his outstanding debt.

It’s unclear how much Diebold will make. However, he has what’s considered a holy grail in the gaming community.