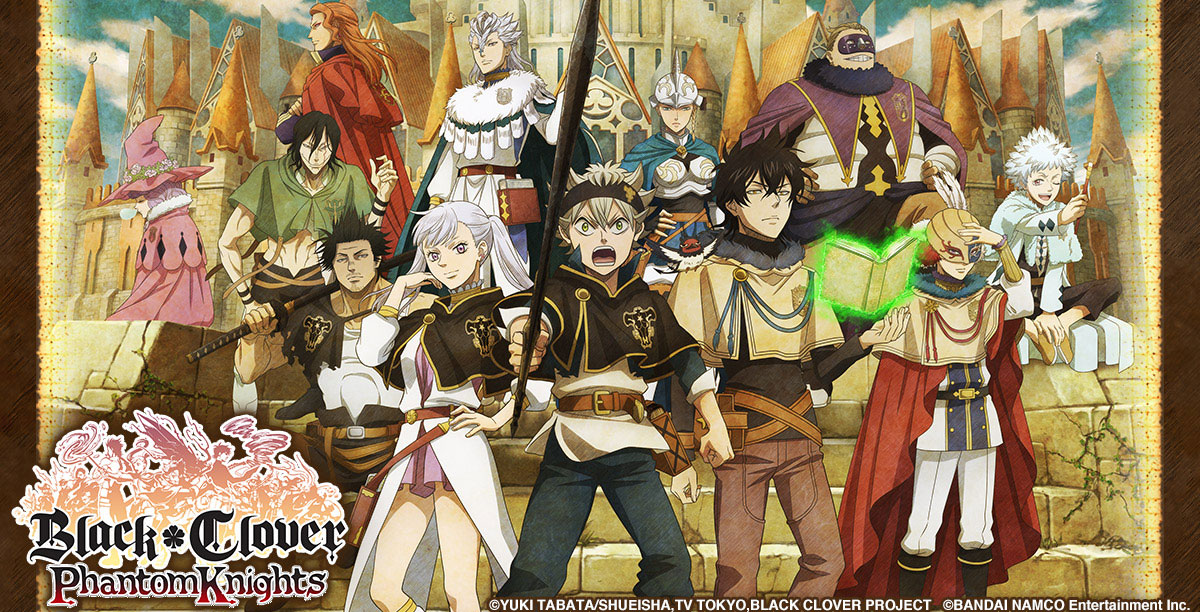 Bandai Namco is launching the English version of the mobile game Black Clover Phantom Knights in 2020. This game will be available for both iOS and Android devices.

Black Clover Phantom Knights is a multiplayer Kingdom Defense-type role-playing game, where players act as the captain of a Magic Knights group.

In the mobile game, you’ll be able to meet and chose from the anime’s popular characters like Asta, Yuno, Yami and Noelle. Black Clover Phantom Knights also introduce new characters and players will embark on a new adventure that differs from the anime.

The game involves formation battles with flashy magic attacks, but there’s a simplified experience when players turn on the ‘Auto Mode.’