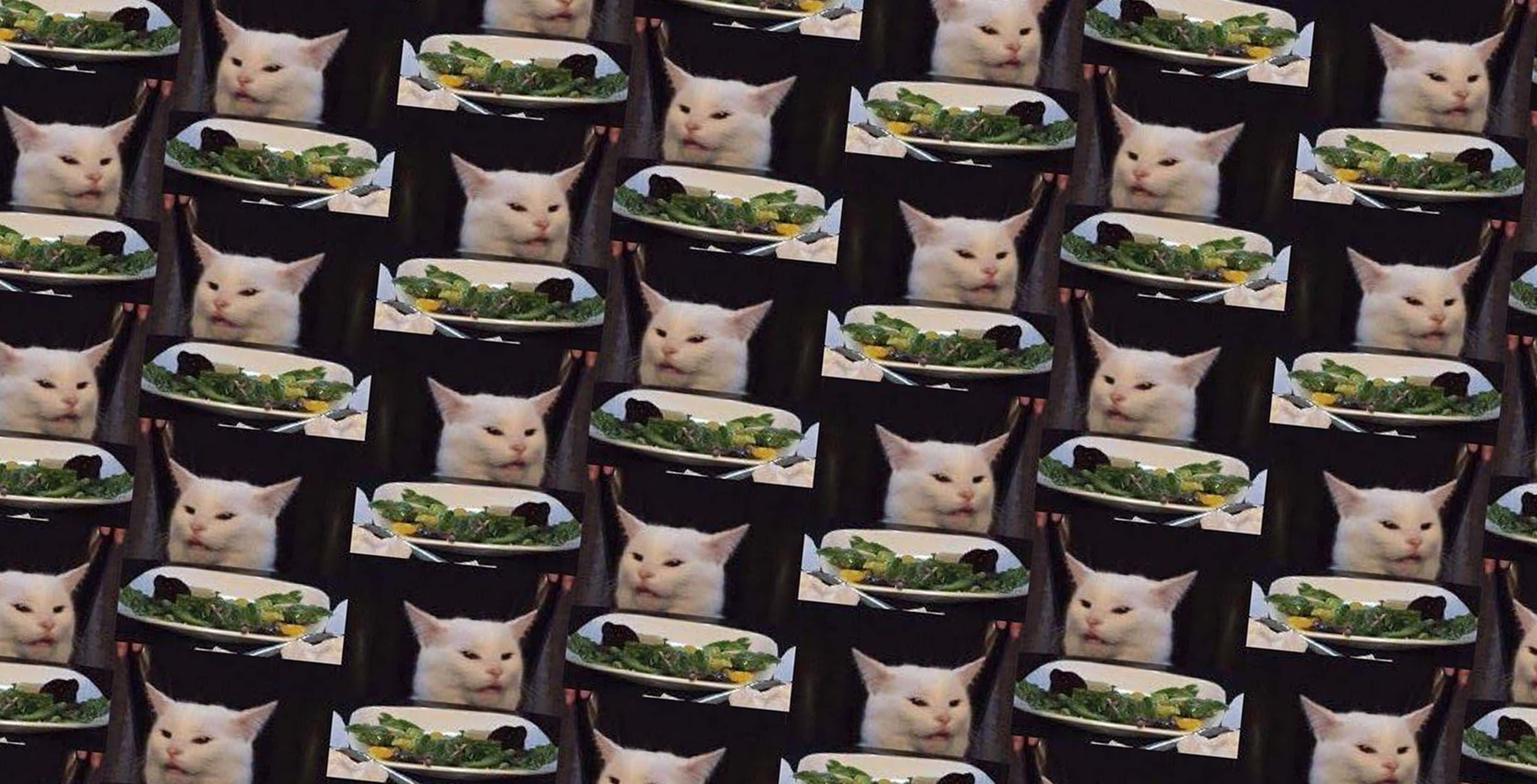 This Ottawa cat is now internet-famous after giving a plate of salad an unimpressed look.

It all started with a picture captured of the cat — named Smudge — at an Ottawa home in June 2018. According to CBC News, which tracked down the cat’s owner Miranda Stillabower, Smudge hopped up on a chair at the dinner table one day.

“I don’t know why he was making that face, but it’s the best thing he’s ever done,” Stillabower told CBC News. She explained that Smudge typically eats dinner at her table and he gets upset if he doesn’t have a chair. That night, someone got up from dinner and Smudge took the seat.

Stillabower thought the picture of Smudge was funny, so she posted it on her Tumblr blog. It sat there for a few months until it eventually caught on. Over time, it gained new life when someone paired it with a screengrab of an angry woman from the Real Housewives reality TV series.

Stillabower suggests the original photo became popular because Smudge looks so dissatisfied with the salad, while the pairing forms a sort of argumentative setup.

These photos together is making me lose it pic.twitter.com/kJi9d8MpbG

Since then, Smudge has gained over 1 million followers on Instagram (you can find him at smudge_lord).

As for how Smudge feels about the newfound fame, Stillabower says he’s “just a cat.”

“He has no idea he’s famous. He goes about his daily life and it’s normal, then you go online and he’s everywhere. That’s when it starts to be crazy.”

Next time you see Smudge in a meme on social media, just remember that he’s closer to home than you think.