Google Maps will soon start showing tiny branded location pins for stores and restaurants near you while in navigation mode.

The tech giant has been increasingly monetizing Maps through ads. The location pins in Maps recently started featuring a store’s logo in the standard mode, and now the logo will appear in navigation mode as well.

Google sees this as a way for users to add another destination on their planned route. Now, when you tap on a branded location, you have the option to add it as a stop. 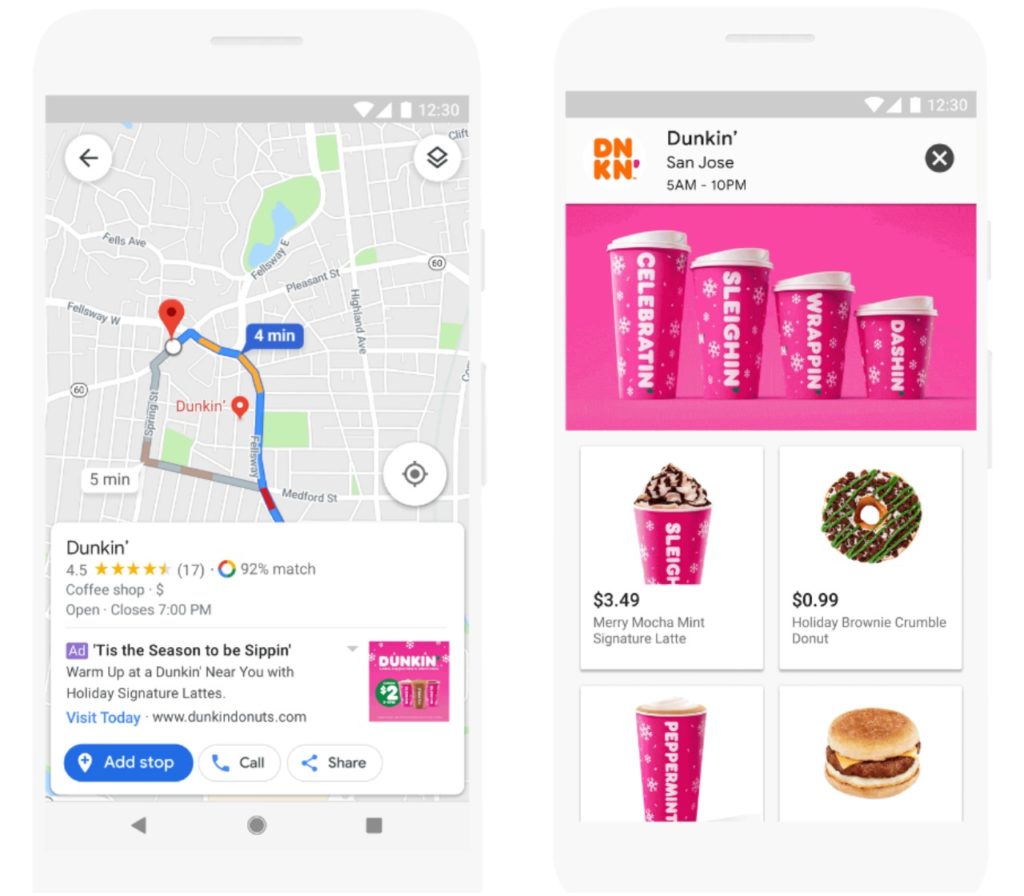 “In the coming weeks, you’ll be able to feature your locations as users get directions to a destination. In just a few taps, they can add you as a convenient stop along their route to grab lunch, stop in for shopping, and more,” Google stated in a blog post.

For the holiday season, Google has allowed stores to create a visual catalogue to advertise their products on the Map app. To demonstrate the feature, Google has used Dunkin Donuts, which isn’t available in Canada.

The branded pins will be rolling out globally to both Android and iOS users in the next few weeks.