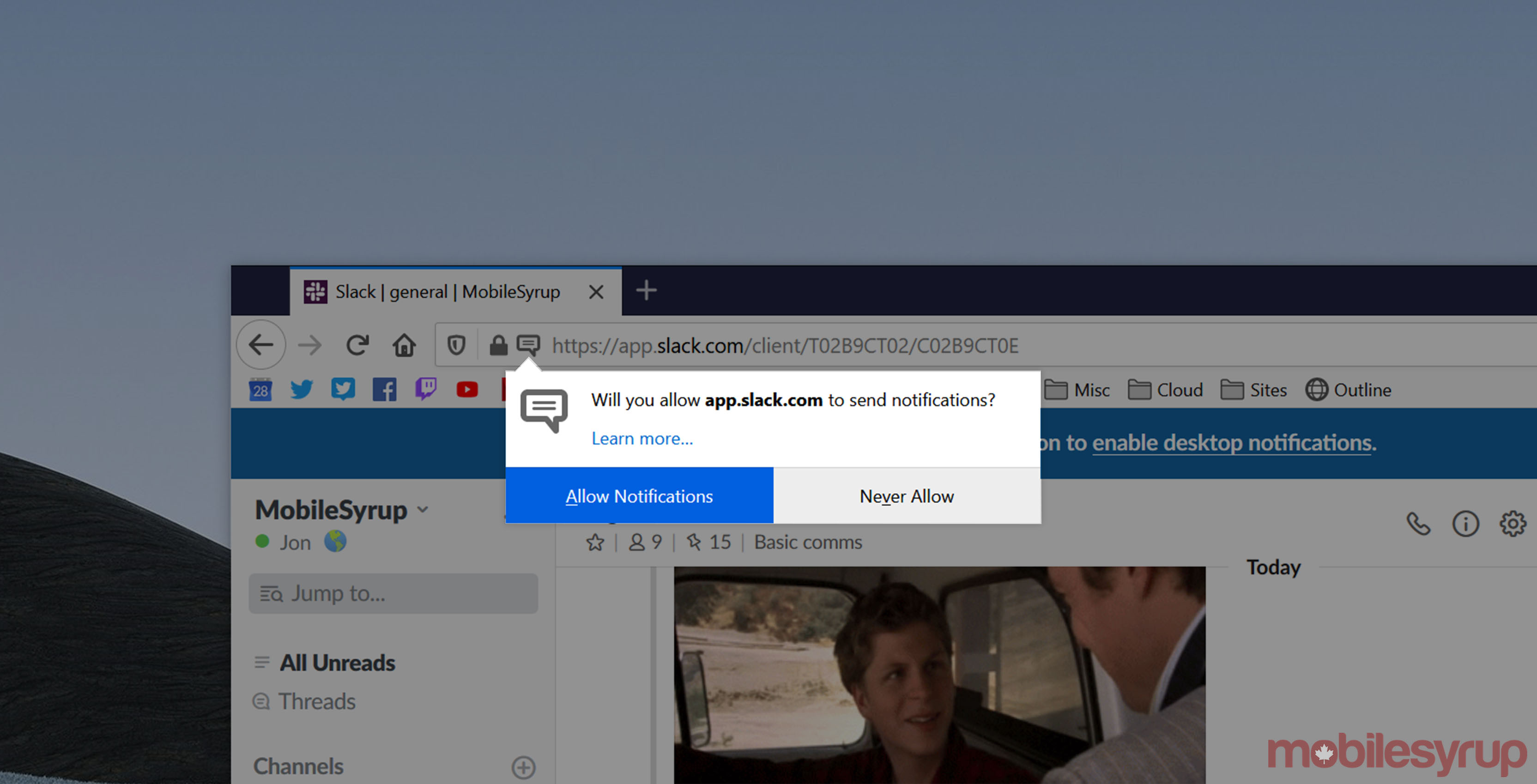 If you’re sick of websites pestering you with those annoying notification permission pop-ups, Mozilla understands.

The free software company announced plans to restrict the notification pop-up in its Firefox browser after a study revealed people don’t like notifications on websites. Starting in Firefox 72, due out in January, Firefox will hide the pop-up by default. Users will have to click an icon in the address bar to grant notification permissions to a site.

Mozilla designed a measurement using Firefox Telemetry to gather details on how users interact with notification permission prompts. The company says the measurement was able to collect data without revealing personal information and that it was rolled out to a randomly selected pool of participants using the Firefox stable release.

Mozilla says about 0.1 percent of the Firefox population participated. It also rolled out to all users of Firefox Nightly — the company’s early testing and development version of the browser.

Finally, the company enabled its new, restricted notification permission pop-up system in both the Firefox Nightly and Beta builds as part of the test.

Mozilla shared the results in a blog post, but here are some highlights: on the Release build, people don’t accept about 99 percent of notification prompts. Further, people actively deny about 48 percent of requests.

To show just how dire the situation is, Mozilla revealed that during a single month of the Firefox 63 release, websites sent a total of 1.45 billion prompts to users. They granted only 23.66 million permissions. In other words, for every one accepted prompt, about 60 are ignored or denied.

The data also revealed that people are less likely to accept a prompt when a site shows it more than once. In other words, bombarding people with notification prompts won’t get them to accept.

Instead, the study revealed that when the user had to grant permission by interacting with the address bar icon, the rate of first-time permission allowances increased.

With all this data in mind, Mozilla is doing two things. First, in Firefox 72, users will have to interact with the address bar icon to grant notification permissions to a site.

However, for those who want relief from the constant notification pop-ups, Firefox 70 — the current version — has an answer. It changes the notification, so instead of giving users the choice of ‘Allow’ and ‘Not Now,’ it replaces the later with ‘Never Allow.’ In other words, sites will ask users the first time they visit but won’t be able to ask again.

Overall, it’s a step in the right direction for Firefox and will prove a blessing to users who are sick of notification prompts. Hopefully, more browsers take after Mozilla and implement similar methods to reduce spam.

You can learn more about Mozilla’s study and its plans in this blog post.