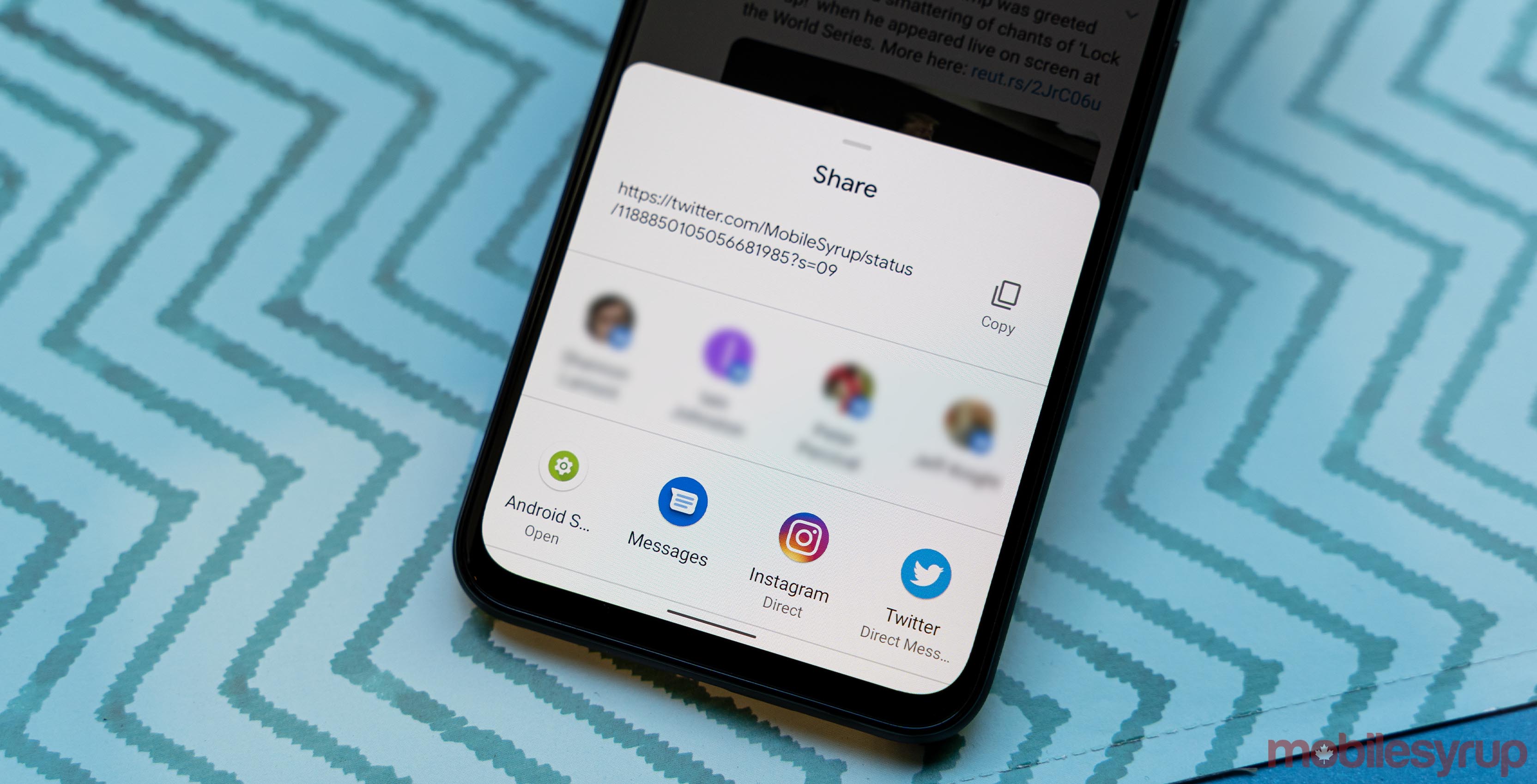 Android’s ‘Sharesheet,’ a UI tool that helps users share items with contacts and apps, underwent some changes in Android 10 that should make it much faster.

Google has been working to improve the Sharesheet for some time now after it became one of the worst parts of the Android experience. The menu became quite slow after Google tried to make it more contextual. Often, Sharesheet would update moments before a user made a selection, refreshing the entire list and moving items around.

In a talk at the 2019 Android Dev Summit, product manager Atur Tsurkan detailed some of the changes Google made to the Sharesheet in Android 10 to remedy these issues.

First, the team simplified the interface. The change makes it clear what you’re sharing and provides easy access to the ‘copy’ button.

Below that, users will find four contacts to share to. Sharesheet now preloads these suggested contacts based on previous behaviour. It also uses a new Sharing Shortcuts API, which improves the speed.

On top of this, Google is encouraging developers to use a new API for people shortcuts (direct links to specific contacts in certain apps). 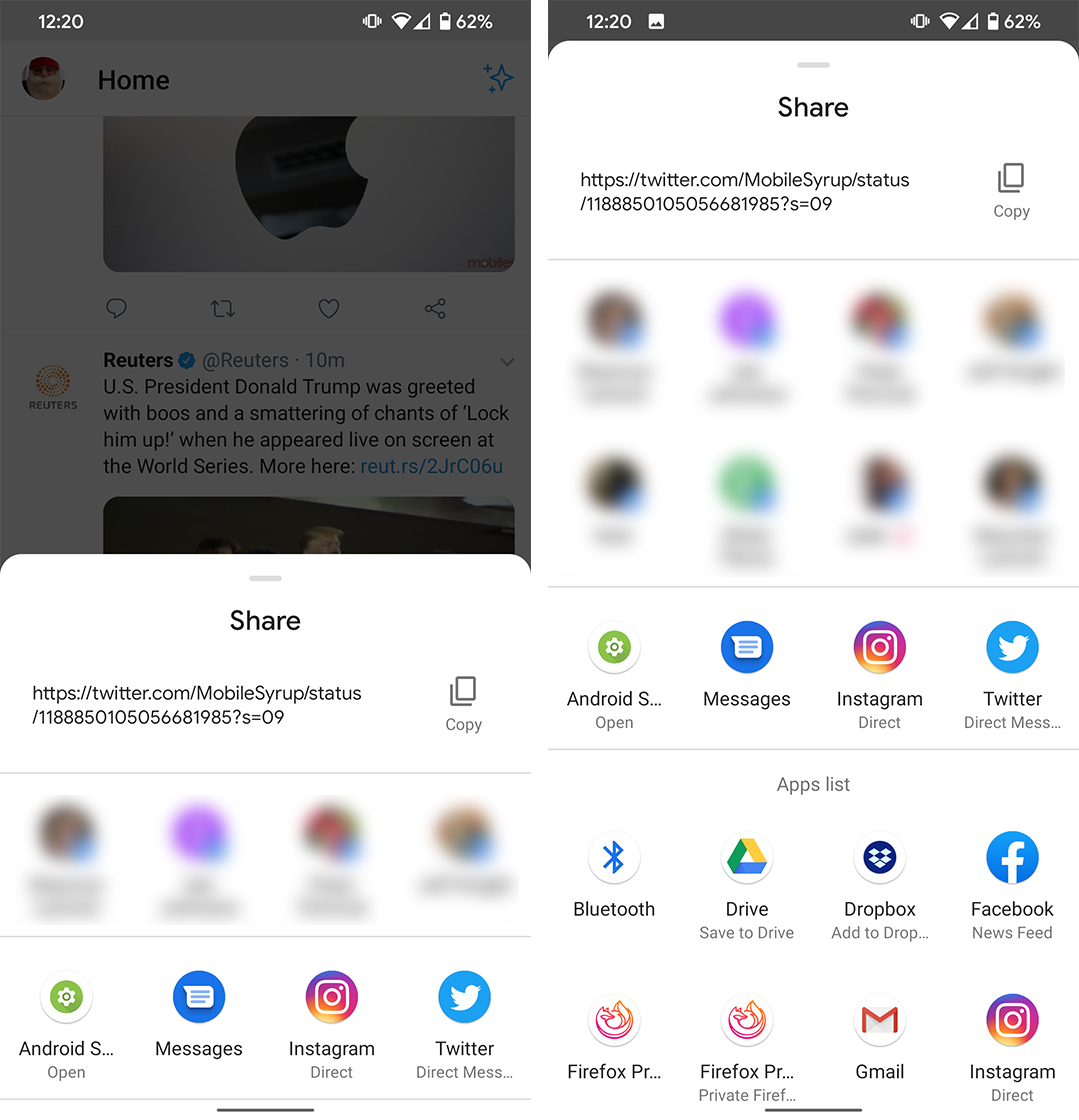 Below the four people shortcuts are four app share targets, and below that is an alphabetical list of all other possible share targets. Google recently adjusted this system to prevent developers from trying to game it and get their app higher on the list.

While improving the Sharesheet is good, Google has a new problem to tackle: getting devs to use it. Because of the issues with Sharesheet in Android 8 and 9, devs began building custom versions into their apps — including several Google apps, like Photos, YouTube and News. Hopefully Google can make the Sharesheet consistent across its apps and lead devs to use the proper Sharesheet themselves.