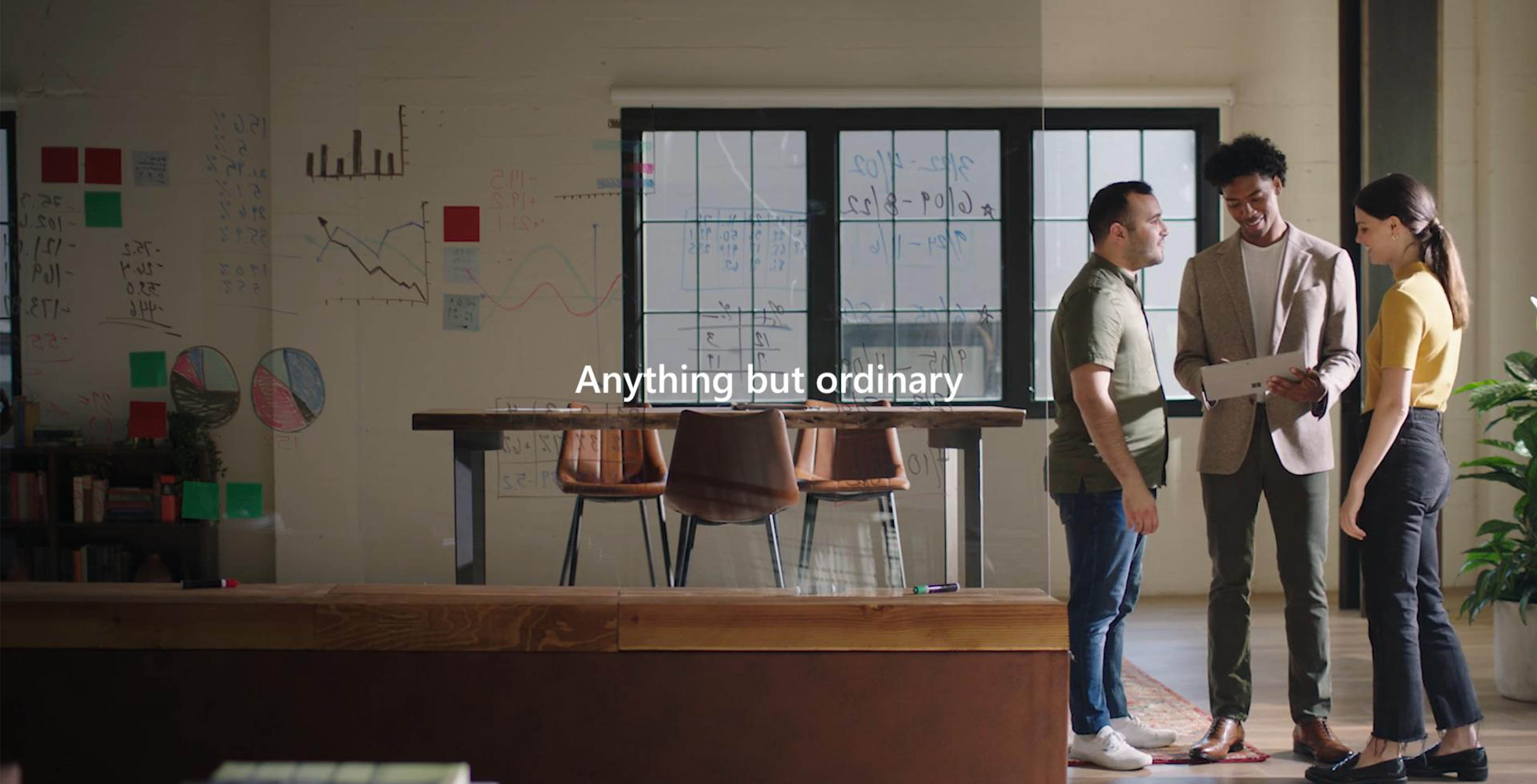 Instead, they show off different scenarios where people use Surface devices. Each image features the slogan “Anything but ordinary.”

here they are, ordinary things…… (the last one is in the bag?) pic.twitter.com/quEz9dwkOL

That slogan appears to be the motto for Microsoft’s next generation of Surface devices, which it’s expected to announce on Wednesday. Three of the images clearly show people using a Microsoft device.

The first (above) shows an office environment with three people gathered around what looks like a Surface Pro and is likely the upcoming Pro 7. 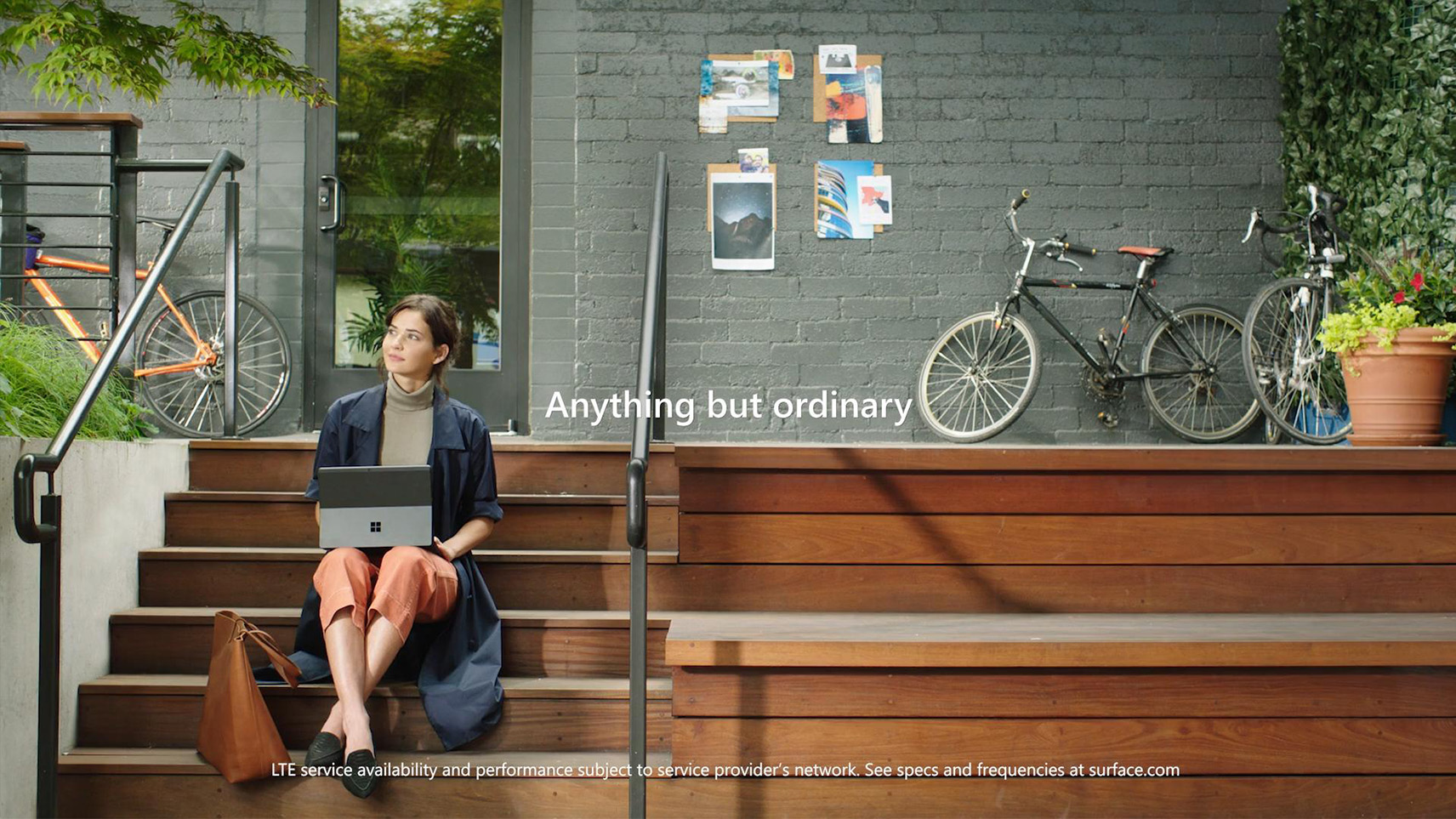 The next picture is of a lady sitting on the stairs using a Surface Pro 7 as well. Fine print along the bottom of the photograph mentions LTE service and availability, so the new Surface Pro computers may offer cellular compatibility.

Interestingly, an eagle-eyed Twitter user pointed out that the Surface Pro devices featured in the pictures appear to be missing the air vents featured on the Surface Pro 6. The change could be related to the processor, as the Pro 7 is rumoured to use 10th Gen Intel CPUs. 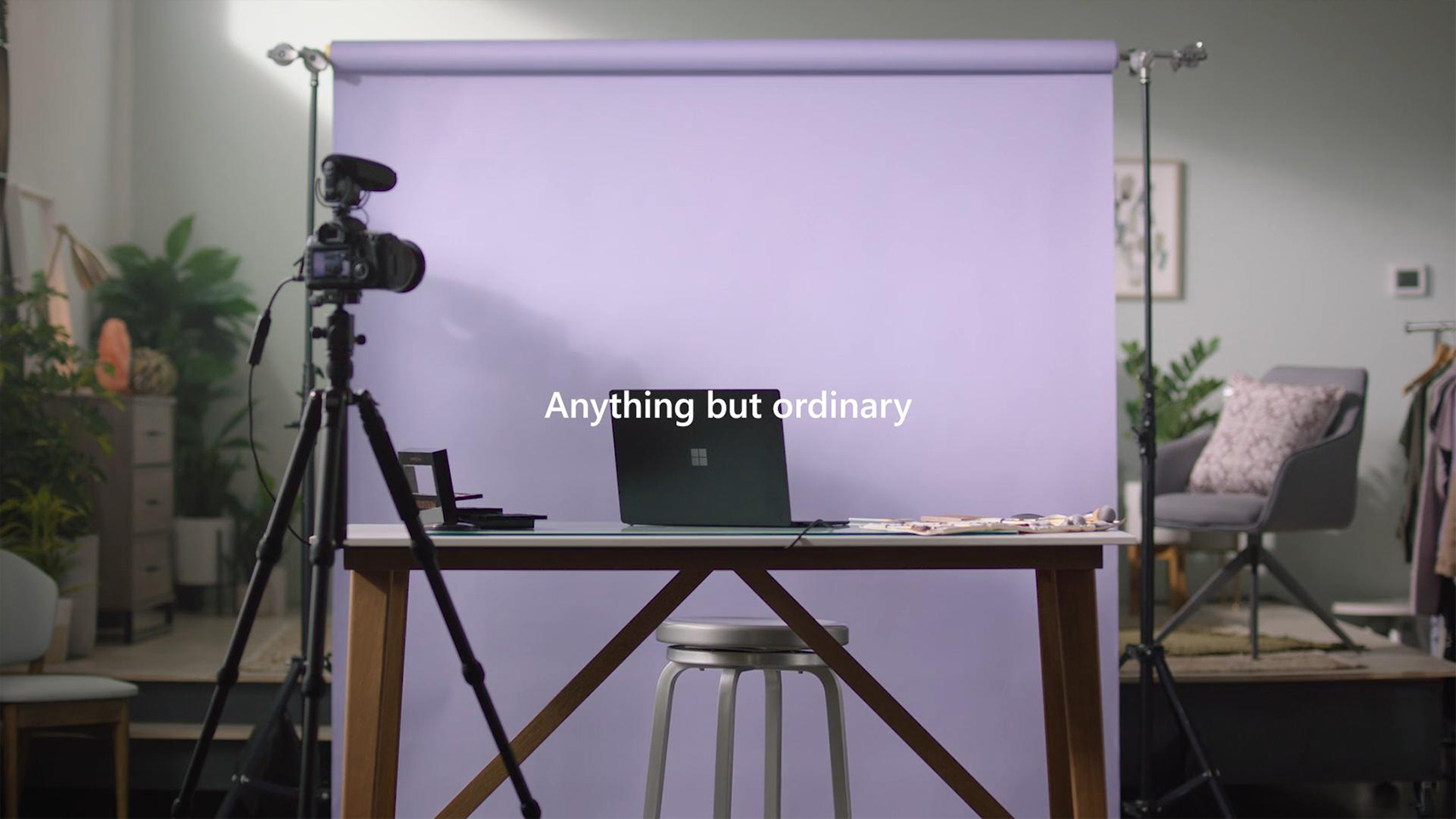 The third image is of what could be the Surface Laptop 3. It appears to be quite thin, and it looks like a cable from the camera is plugged into the side of the laptop. It isn’t clear from the picture what type of cable it is.

As for the final picture, it shows off… something. Maybe a Surface Dog? Surface Leash? Surface Car? It isn’t clear, and there’s no discernible electronic device in the photo. There are a few running theories, both on Twitter and in the MobileSyrup office. One is that there’s something in the bag — something yellow is sticking out of the backpack. It could be padding on the backpack, but it looks like the corner of a laptop case of some kind. 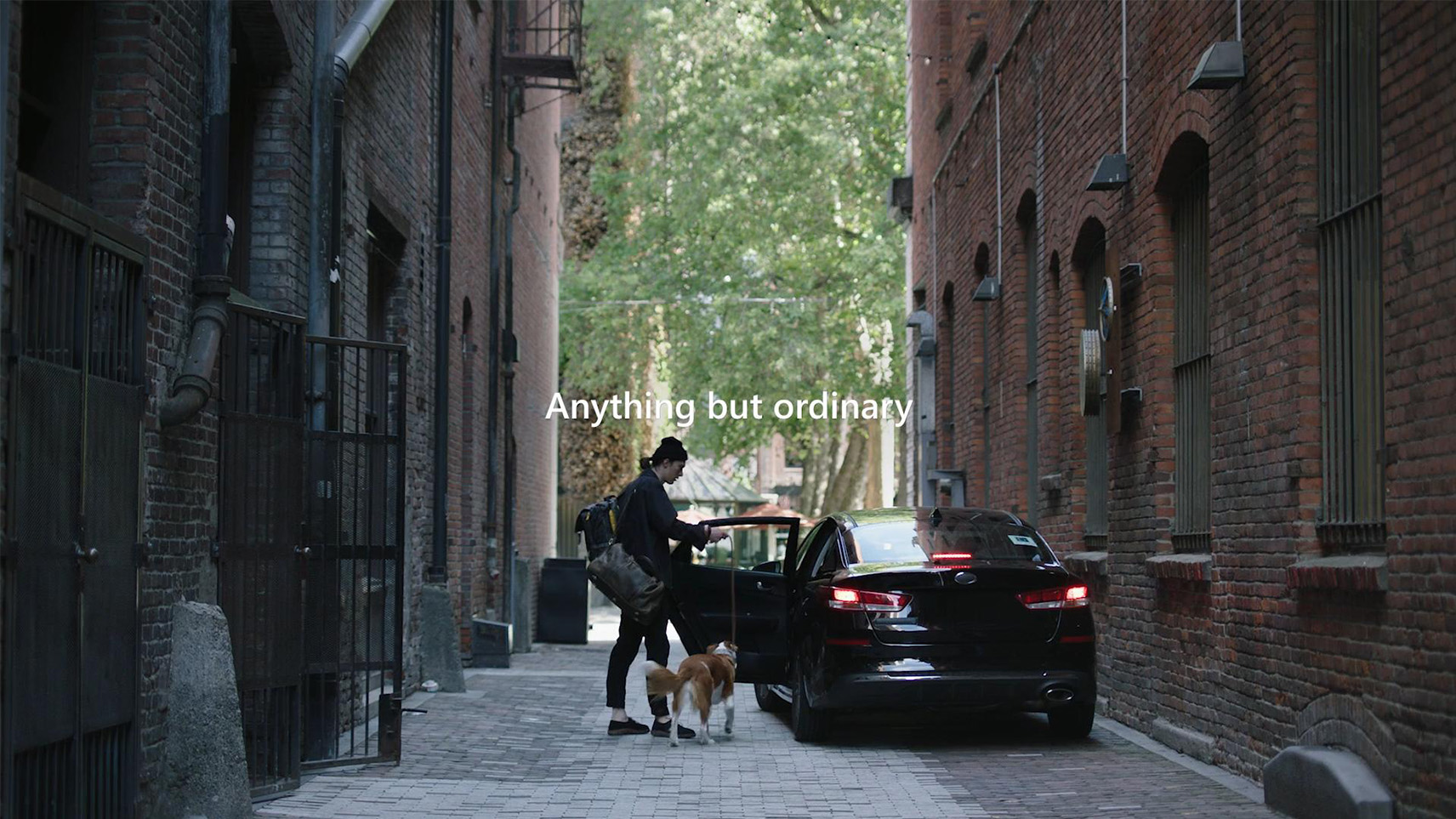 Another idea is that it could be related to some kind of phone. It appears the person in the photo is getting into an Uber. Maybe he ordered it with a Surface Phone? The final image could also advertise the LTE capabilities of the devices — he’s going to use it in the car while travelling — but the lack of related fine print makes this unlikely in my mind.

Ultimately, it’s a stretch. The images don’t offer enough information to really speculate on anything other than what rumours have suggested: we’ll see a new Surface Pro and Surface Laptop.