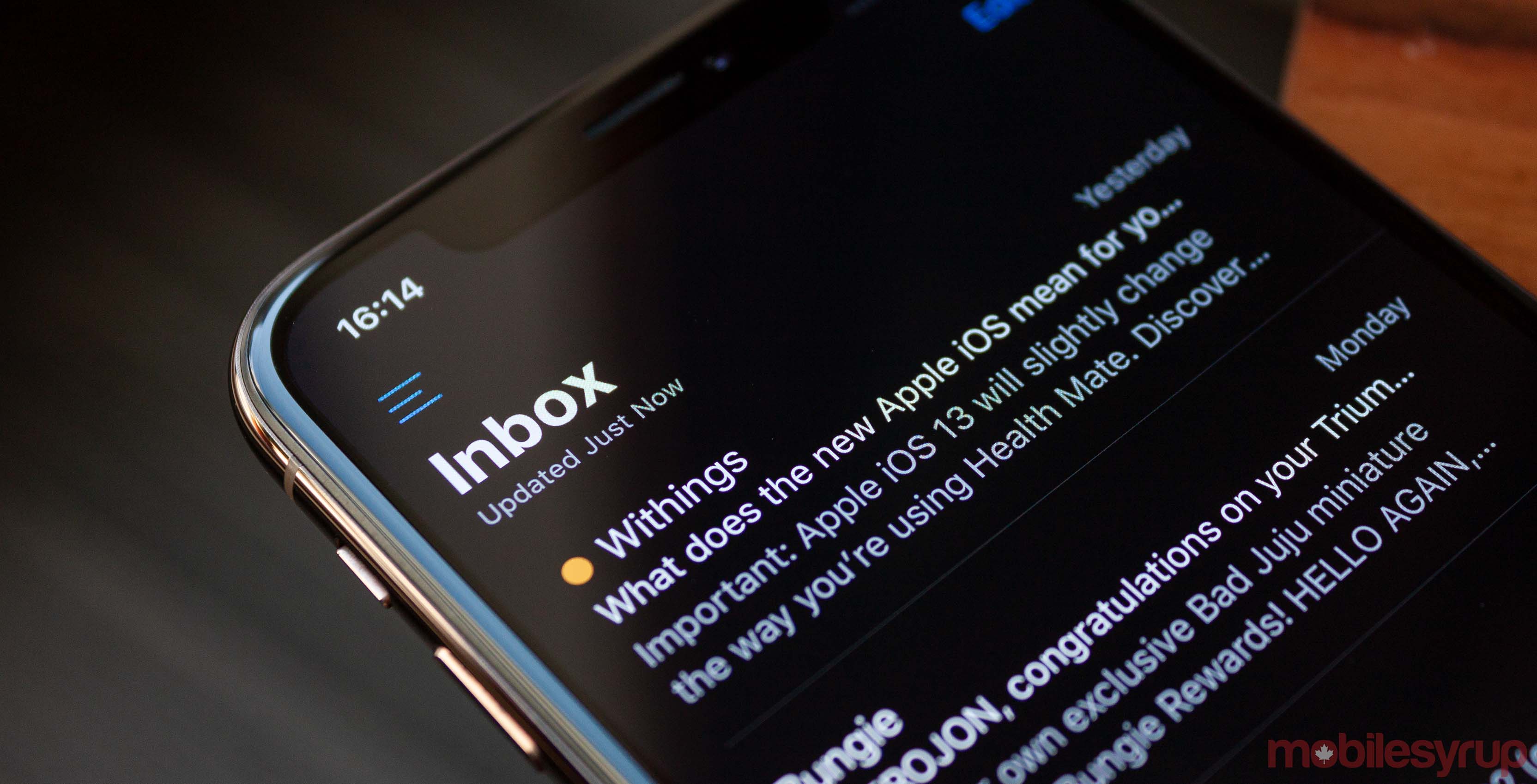 The email app is set to get a dark mode in support of the new iOS 13 feature. Apple’s latest smartphone software update is expected to arrive on the 19th. Edison says an update for its app will enable dark mode on devices updated to iOS 13.

Edison’s dark mode includes a toggle in the app’s settings menu for users to pick between the light and dark theme. Additionally, users can set the app to follow the system default. That means if you turn on the iOS dark mode, or if you set dark mode to activate automatically, Edison will go dark too.

Edison says it’s planning to release a dark mode feature for its Android app by the end of October. There’s also a version of Edison in development for macOS slated for release at the end of the year.

Those interested in testing out beta versions of future Edison releases can apply through a Google form here. Those signing up to test for Android may get a first crack at Edison’s dark mode.

Edison Mail is available for free on Android and iOS.