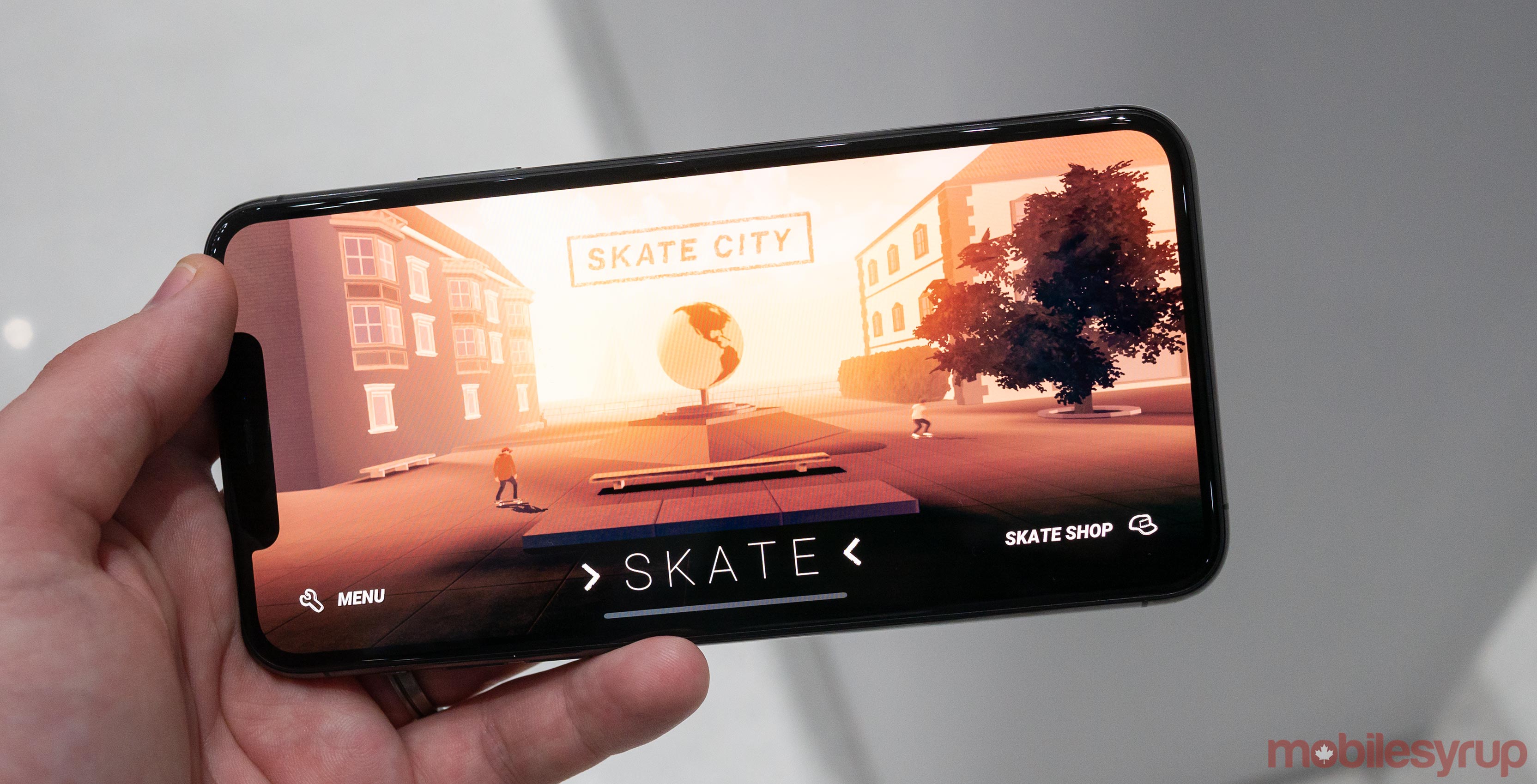 With Apple Arcade’s launch just around the corner on September 19th, I recently had the opportunity to check out some of the upcoming subscription service’s Canadian-developed launch titles, including notable games like Skate City, Where Cards Fall, Spek and Sneaky Sasquatch.

In total, Apple Arcade is set to feature over 100 games that can be played across iPhone, iPad, Apple TV and Mac.

While I only spent a brief amount of time with each title, I walked away cautiously optimistic about what Apple Arcade has to offer. If this small selection of titles is any indication, Apple’s mobile game subscription could potentially positively transform the mobile gaming industry if it’s able to find an audience interested in inventive mobile titles. 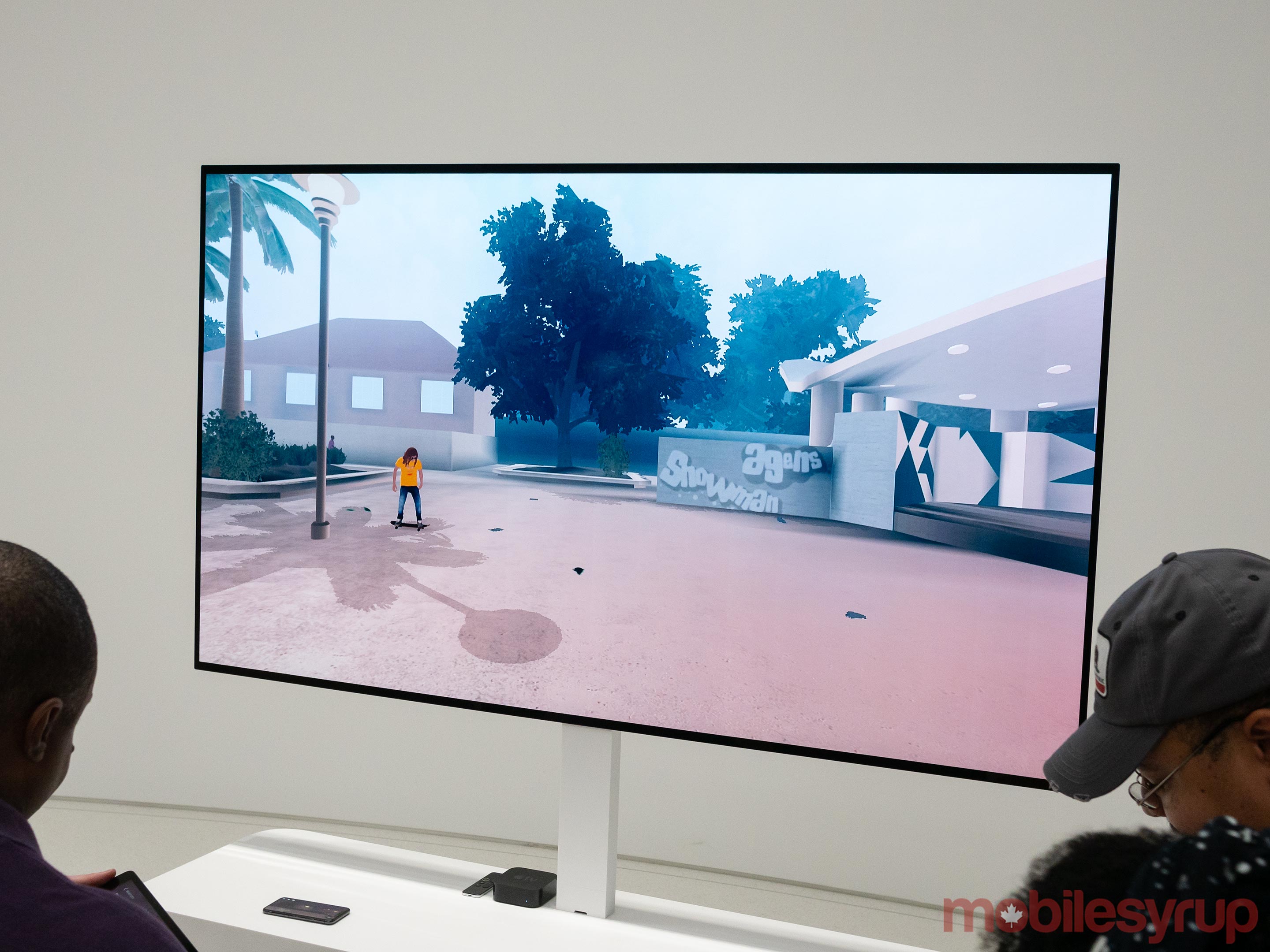 Toronto-based Snowman has been working on Skate City for some time now, so it’s great to finally experience a brief slice of what the game has to offer. I have lofty expectations for Skate City, with my ultimate hope being that the game fills the void left in my life by the continued absence of the Tony Hawk’s Pro Skater series.

Though I went hands-on with the game for just a few minutes, there’s a strong possibility Skate City could be the best skateboarding video game since Tony Hawk’s Pro Skater 2.

And yes, I’m aware of the gravity that statement holds.

In many ways, Skate City really is a 2D Tony Hawk’s Pro Skater.

You accomplish specific goals in each relatively short stage by performing specific tricks with swipes and screen taps. Levels are short, which is perfect for a mobile game. It’s also easy to repeat stages rapidly, Super Meat Boy-style, which stifles the burn of multiple failures in a row.

The game’s visuals are simplistic and inviting, just like you’d expect from the studio that developed Alto’s Adventure and Odyssey. Skate City also looked great running on a larger screen with the 4th-generation Apple TV. 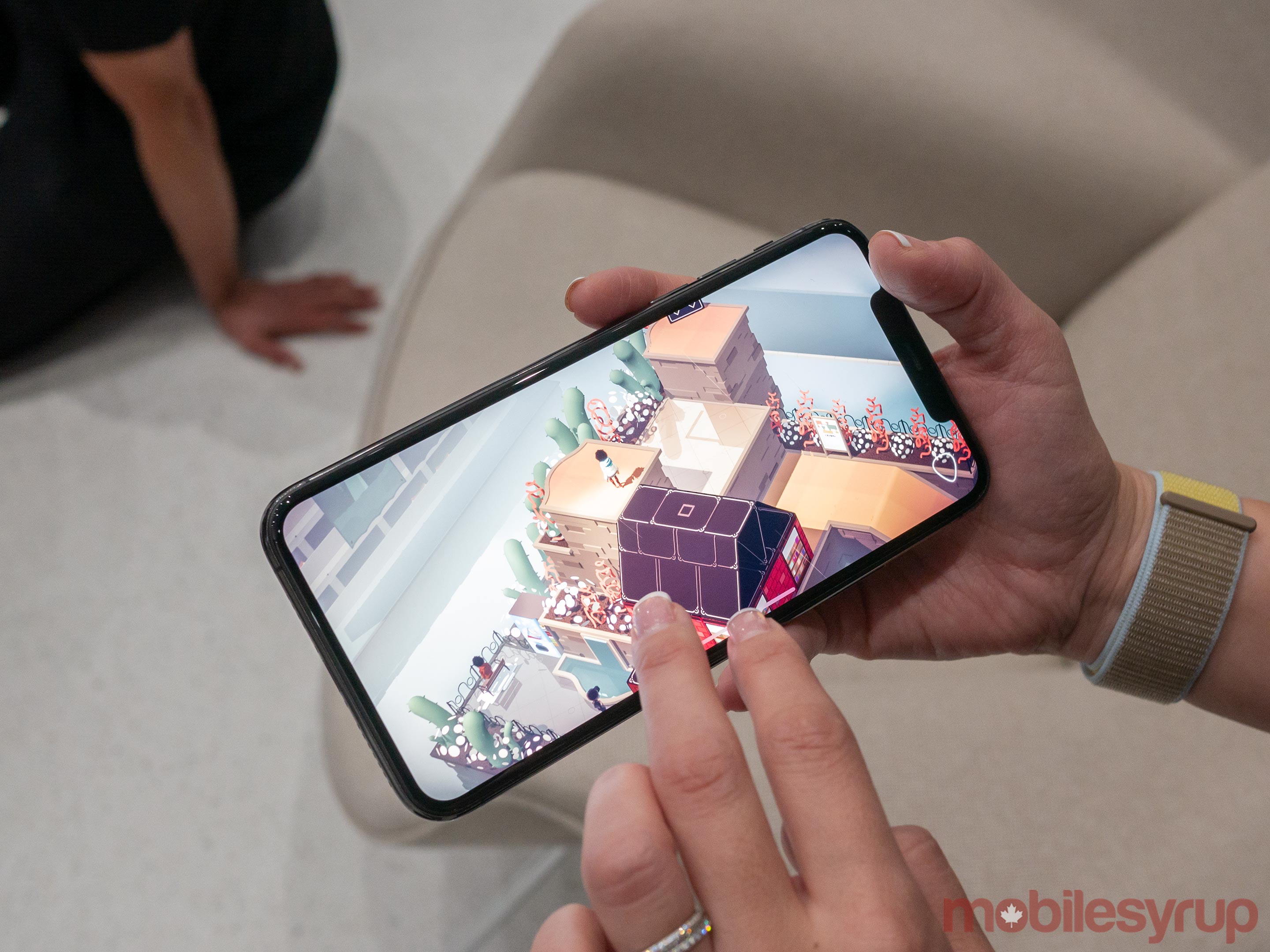 Where Cards Fall, Snowman’s other Apple Arcade launch game, has also been in development for quite some time. Players navigate their character through various stages by tapping on the screen. Puzzles are solved by shifting stacks of cards around to create platforms and other objects that fill gaps, often acting as bridges to closed-off areas.

The game is a little confusing at first, and visually it’s sometimes difficult to tell what you need to do in each stage to continue moving forward. 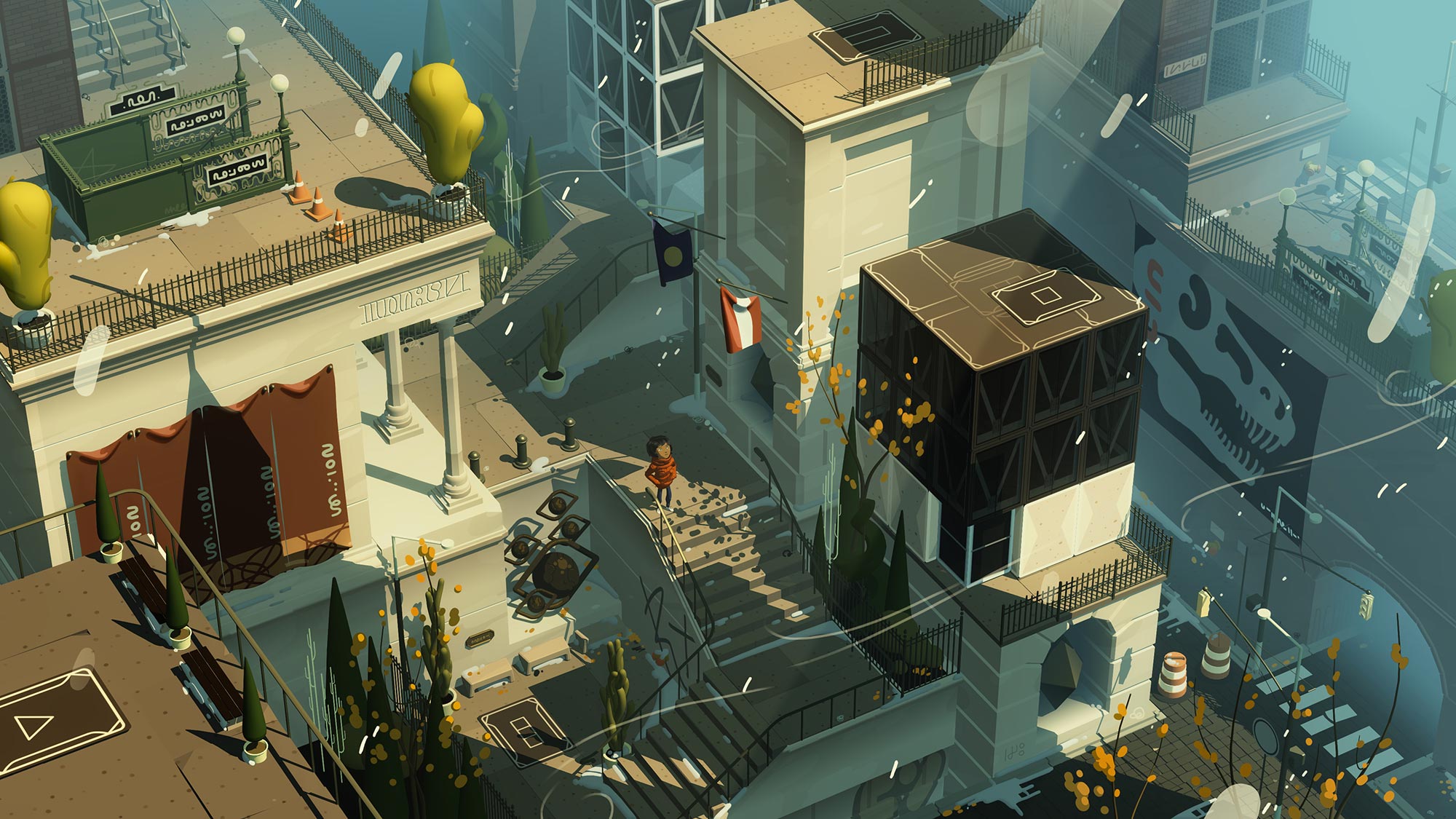 This could be because I jumped right into the experience and skipped earlier tutorial levels. The pinch mechanic that creates card stacks is intuitive and fluid. Stages also get progressively more difficult and complicated.

For example, in one later level, you need to create stacks of cards to move additional arrays of cards around. I’m not entirely sold on Where Cards Fall, but I’m interested in what I’ve seen of the game so far, particularly its unique coming-of-age tale surrounding its young protagonist. 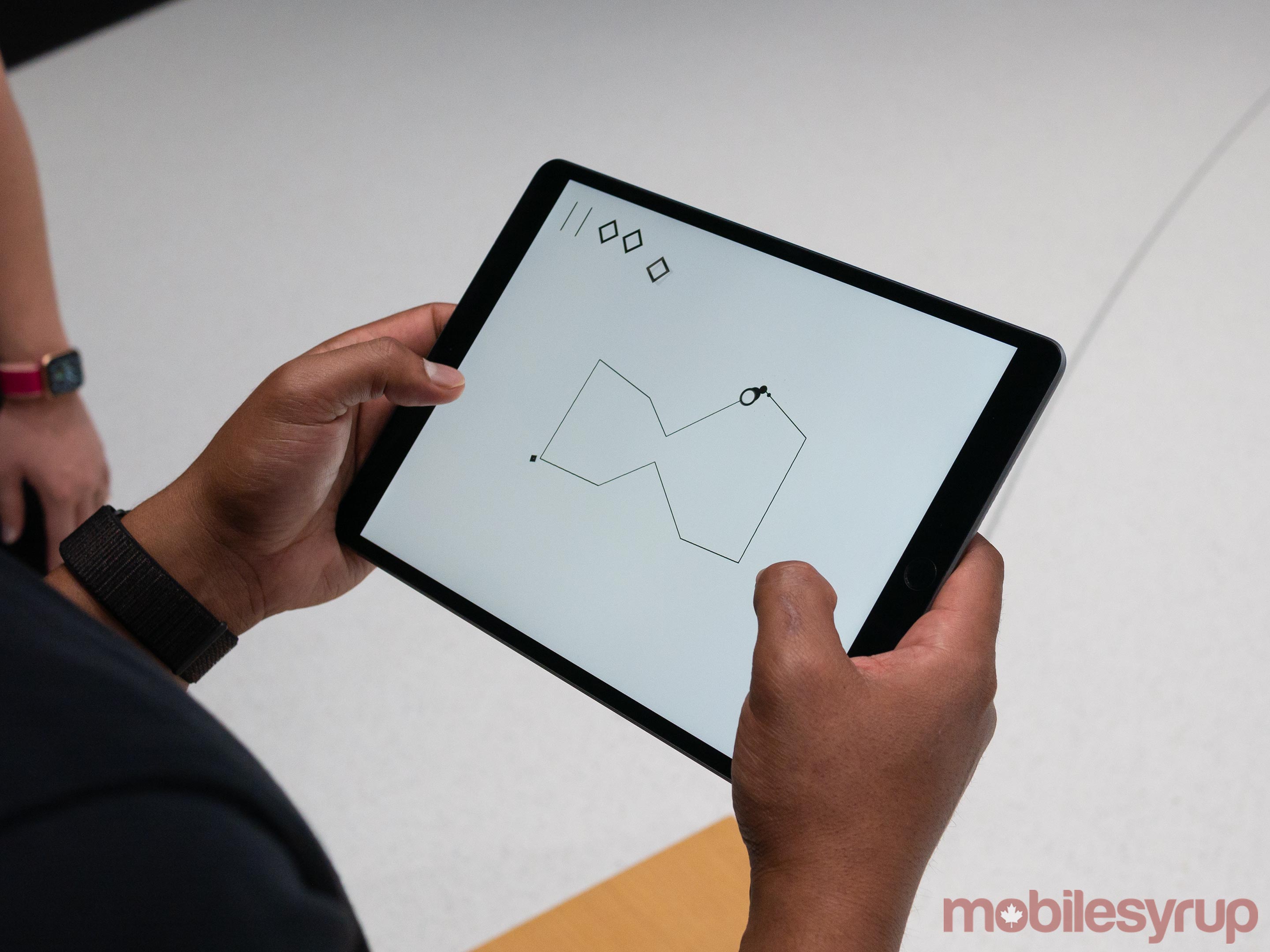 The game features no time limit, allowing players to experiment at their own pace. Levels get progressively more difficult throughout the experience, with some requiring cautious maneuvering to navigate the square to the correct location.

There’s also an ARKit-powered augmented reality (AR) mode that forces the player to physically move around in the real world to change the perspective of the puzzle.

Spek isn’t a console-level experience like Skate City or RAC7’s other launch title, Sneaky Sasquatch, but I still enjoyed the brief amount of time I spent with the relaxing game. 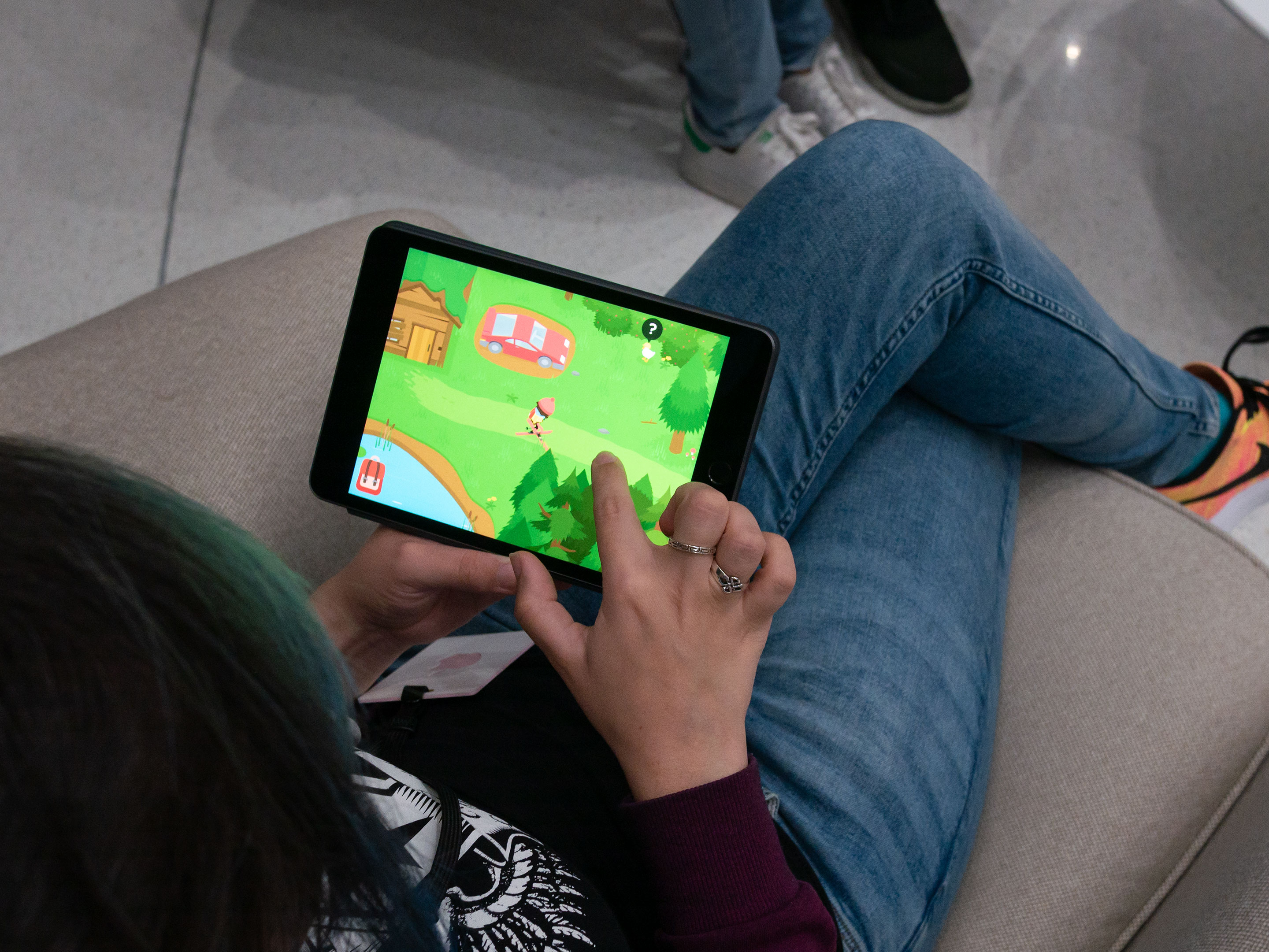 Sneaky Sasquatch is an interesting title. It seems to offer an experience that is a cross between Animal Crossing and Mario Party.

Players, as you may have already guessed, take control of a Sasquatch and perform various tasks. In one instance I was sneaking by a sleeping camper, while another had me raiding a cooler for food and then feeding the Sasquatch sausages and a glass ketchup bottle. 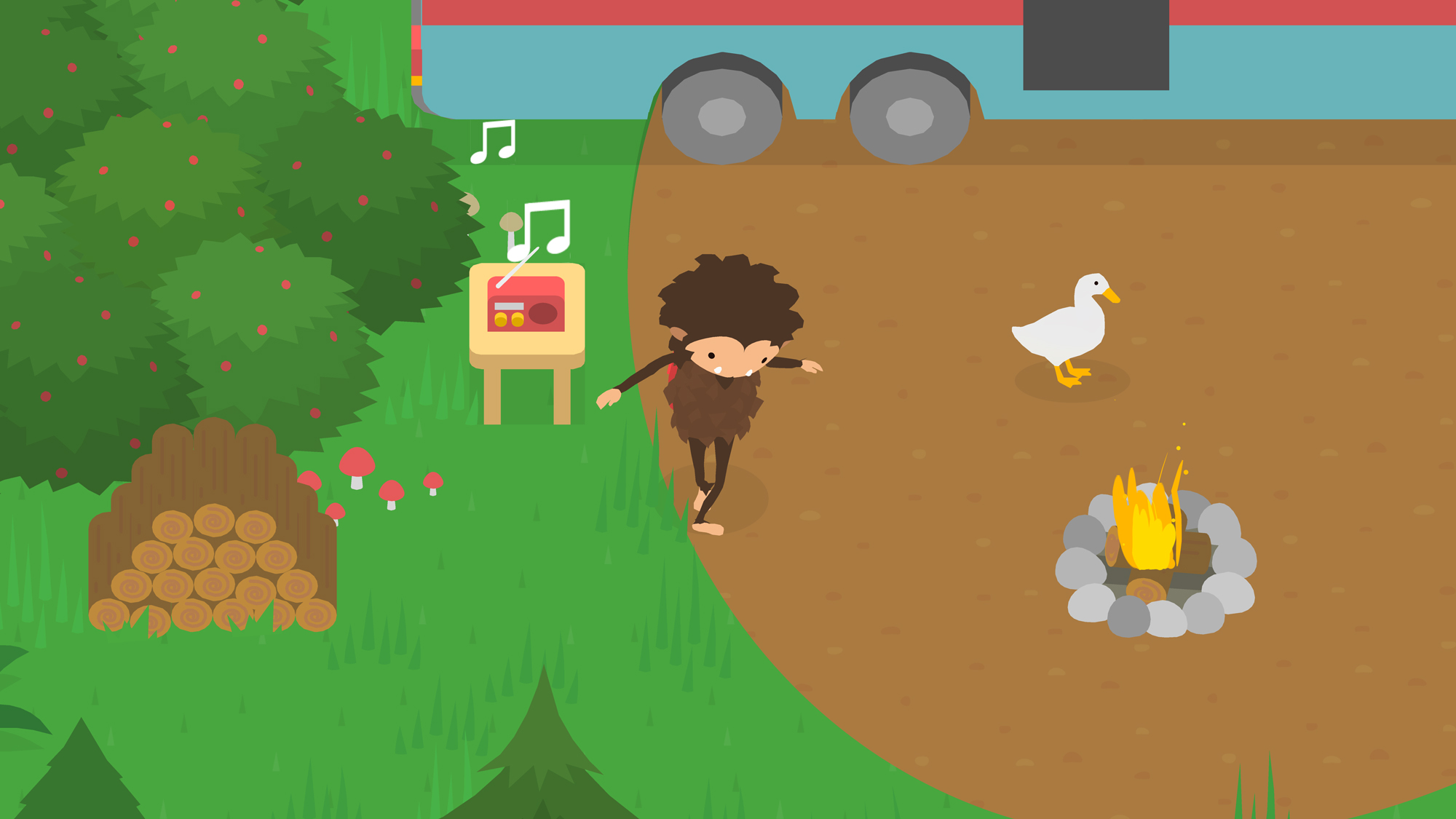 I also spent time playing various mini-games, including skiing, driving a car and even golfing. In a way, my time with Sneaky Sasquatch was a little jarring because I haven’t quite figured out what the title wants to be. On the other hand, coupled with its cartoony aesthetic, the eclectic nature of the experience was part of its charm.

There’s potential for Sneaky Sasquatch to become the Animal Crossing of mobile games if what I’ve experienced is any indication of what the game has to offer.