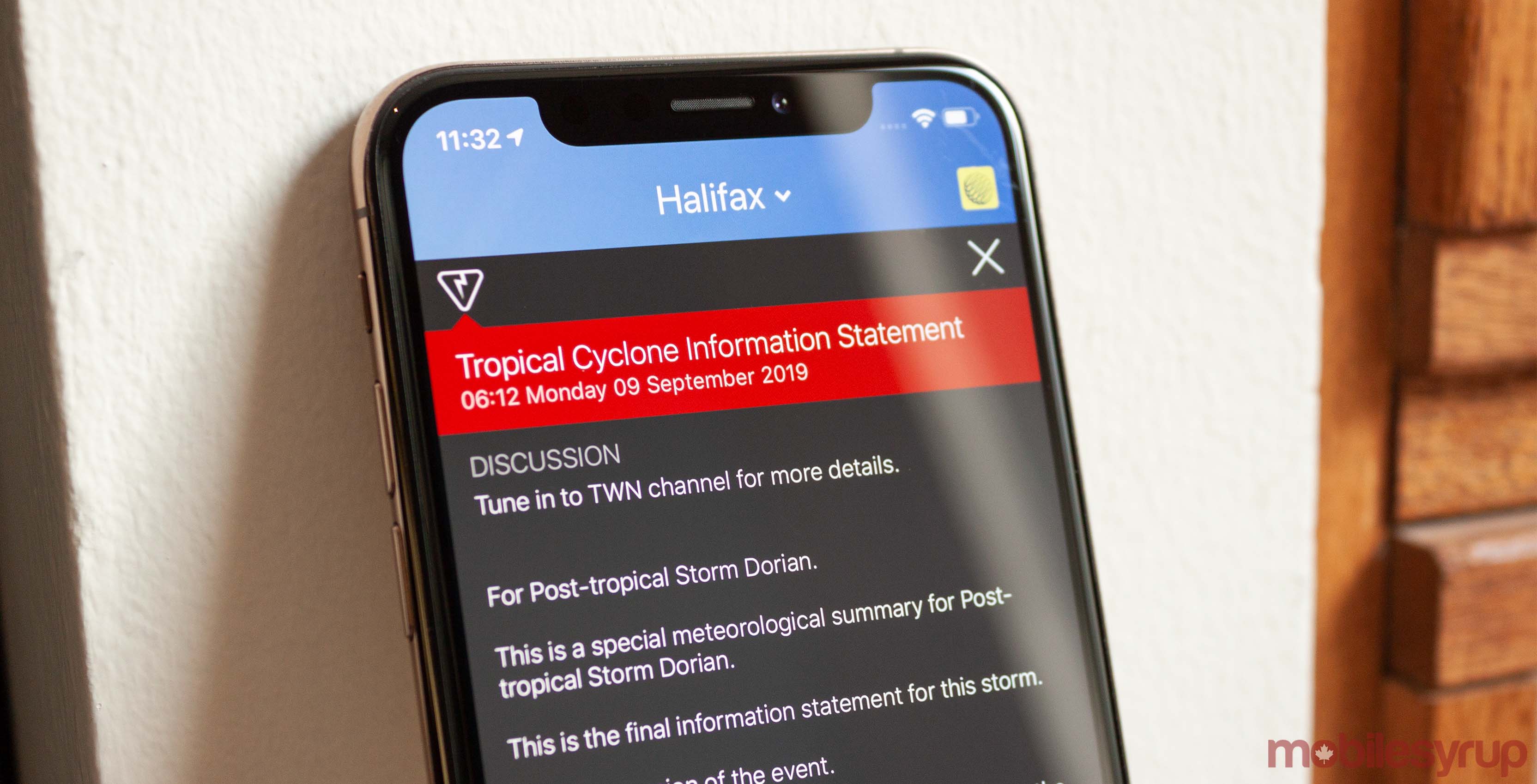 Rogers and Bell are working towards fixing networks that have been affected by Hurricane Dorian that struck Atlantic Canada.

Widespread power outages occurred in the aftermath of the storm that hit Nova Scotia on Saturday and several customers experienced cellular network outages or inconsistencies.

The CBC reported on September 9th that more than 200,000 homes and businesses are still without electricity across the Atlantic region. Officials have indicated that residents could be out of power for up to a week.

Rogers said in a recent press release that network, service and maintenance teams have been “working around the clock to restore services as qu8ickly as possible to customers affected by Hurricane Dorian.”

“Local teams are deploying and fueling back-up generators at cell sites and cable transport sites, and a team of technicians from Ontario are travelling to Nova Scotia to help restore services. Rogers is also working closely with local hydro to restore full power to sites, prioritizing critical areas,” Rogers said. A spokesperson also indicated that 24 technicians have been sent from Ontario to help support the work.

The Toronto-based carrier also indicated it is working with the Red Cross and other local relief organizations to help with clean-up and restoration efforts.

Meanwhile, Montreal-based carrier Bell said that it is also doing what it can to help with the outages.

A spokesperson for the carrier said that “Bell wireless sites are equipped with battery back-up power systems and if required our teams activate generators to keep individual sites up and running if electrical grid power has not yet been restored.”

“We are working closely with Nova Scotia Power to get full power restored to affected sites as soon as possible,” the spokesperson said.

Vancouver-based carrier Telus also indicated it will be helping by waiving some costs.

Additionally, Telus is asking those who want to donate to recovery efforts to text DONATE to 41010 to give $20 to the Friendly Future Foundation.

Help us support #HurricaneDorian recovery efforts in Atlantic Canada. Text DONATE to 41010 to give $20 to the @FriendlyFuture Foundation and TELUS will match your donation to local charities helping those who need it most. pic.twitter.com/xfMdcVCc9r

For Eastlink’s efforts, it noted in a tweet that it was working “quickly and safely” with Nova Scotia Power in order to get areas back up and running.

It said that those customers who are affected can call 1-888-345-111 and press 1 to report downed lines or hazards or 2 to report if they have power but no Eastlink service.

“We are working hard to respond to each and every report message we are receiving and appreciate your continued patience,” the tweet read.

Update 09/09/19: The article was updated with additional reporting

Update 10/09/19: The article was updated with additional reporting.