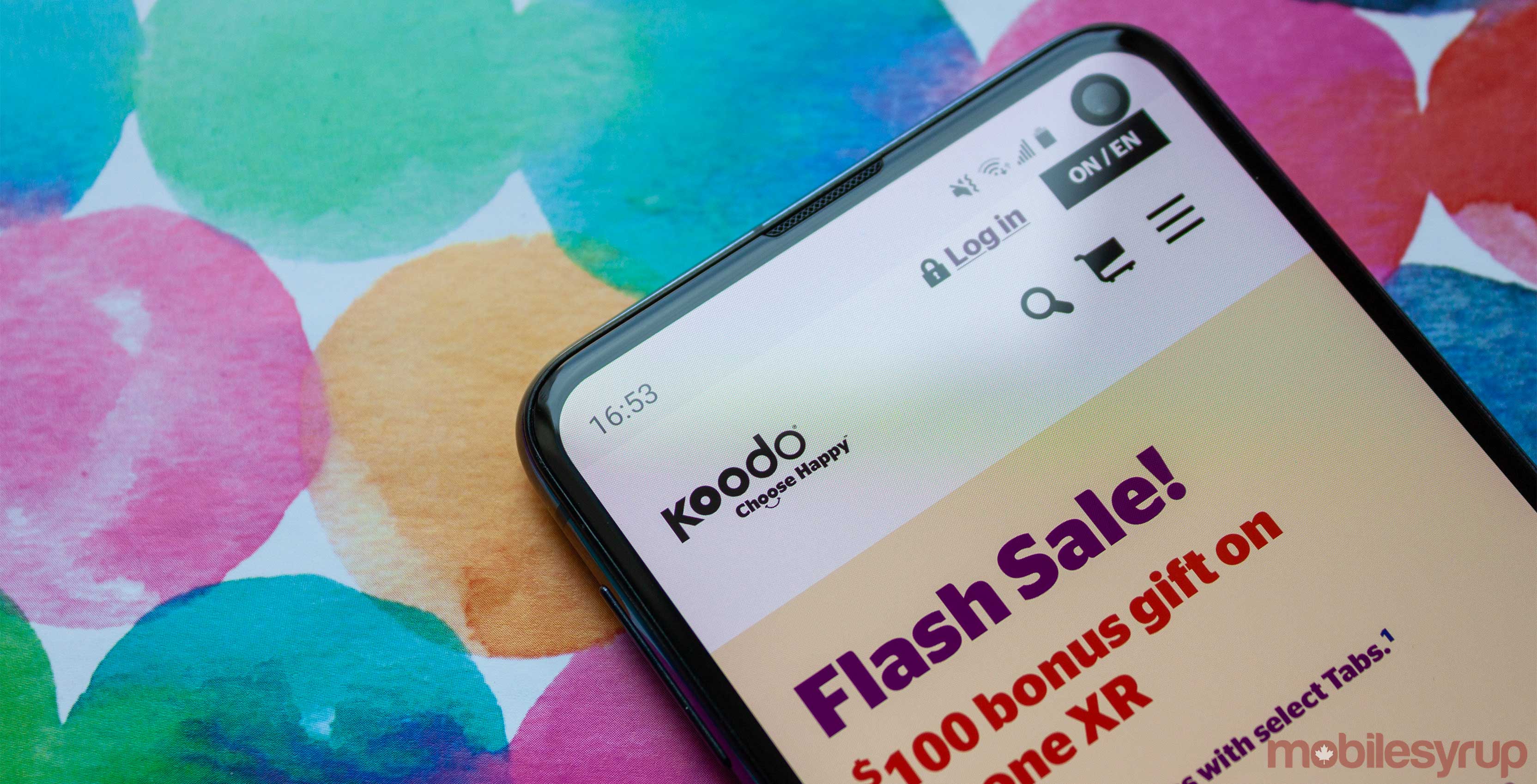 Telus flanker brand Koodo has made some changes to its Tab system that will make ending your contract early more expensive.

MobileSyrup received a tip about the change, and Koodo confirmed that it implemented the change yesterday.

A Koodo spokesperson provided the following statement about the changes to MobileSyrup:

Over the past two years, Koodo has noticed an increase in the number of customers who activate new devices on our network when a phone credit is available, then cancel their service within days to turn a quick profit. As a result, we are adjusting our service agreements to require customers to pay back the phone credit when they choose to leave their 24-month agreement early. If a customer chooses to cancel or renew any time before the 24-month agreement is complete, they would have to pay back the phone credit that is owed for the remainder of the months. While the majority of customers abide by the agreement terms, we are implementing these changes to address a small subset of customers gaming the system.

Essentially, if a subscriber terminates a contract before a Tab balance is paid off, they will have to pay the remaining Tab balance plus the ‘phone credit.’

How the credit works

For the unfamiliar, Koodo’s Tab system lets customers reduce the price of their phone when signing up with the carrier. There are different levels of the Tab, including Tab Small, Medium, Large, Extra Large and Extra Extra Large.

When a customer gets a phone with Koodo, they have the option to add one of the Tab tiers and receive a corresponding discount. For example, getting the Samsung Galaxy Note 10+ on Koodo’s Extra Large Tab means you’d pay $740 upfront plus $720 on the Tab (which works out to $30 per month for 24 months). Customers also get a credit of $265, which brings the total for the phone up to $1,725.

However, Koodo’s change to the Tab makes this deal significantly worse. Now when a customer leaves before their Tab is paid off, they have to pay back the credit as well. In the case of the Note 10+, that’s $265 on top of the remaining Tab balance. Before the change, customers didn’t have to pay back that credit.

To make the change even worse, if you bought the same Note 10+ offered by Koodo outright through Samsung, you’d pay about $1,459.99 before tax — the same as the Tab cost if you don’t include the credit. In other words, the $265 credit isn’t really a credit at all, since customers don’t actually save that money compared to buying the Note 10+ outright. If the customer leaves early, they have to pay that back to Koodo despite not benefiting from it at all.

The change hurts customers who play by the rules

This doesn’t just affect the Note 10+, however — other phones have credits as well. Currently, the iPhone XR has a $480 credit, the S10+ has a $535 credit, and many other devices offer credits as well.

The change makes Koodo’s Tab a less compelling offer if you’re looking to get a newer device. One of the best parts of Koodo’s Tab was that users could upgrade phones early without incurring a high cost towards the end of the agreement period. The new system increases that cost significantly.

However, some users did “game the system” by activating a phone with Koodo then cancelling the contract almost immediately. This strategy worked well with older devices, such as the iPhone 8. Koodo offers the iPhone 8 for $0 on a Medium Tab, which costs $360 over 24 months. In the case of this phone, there’s a $485 credit, which brings the total up to $845 for the phone. Someone who activated then cancelled would essentially pay $360 for the iPhone 8 instead of $845. This is no longer possible with the new system. For reference, Apple sells the iPhone 8 for $819.

Ultimately, Koodo’s change to the Tab makes sense in those terms. Unfortunately, the change also hurts customers who play by the rules, as well as customers who want to get the latest devices.