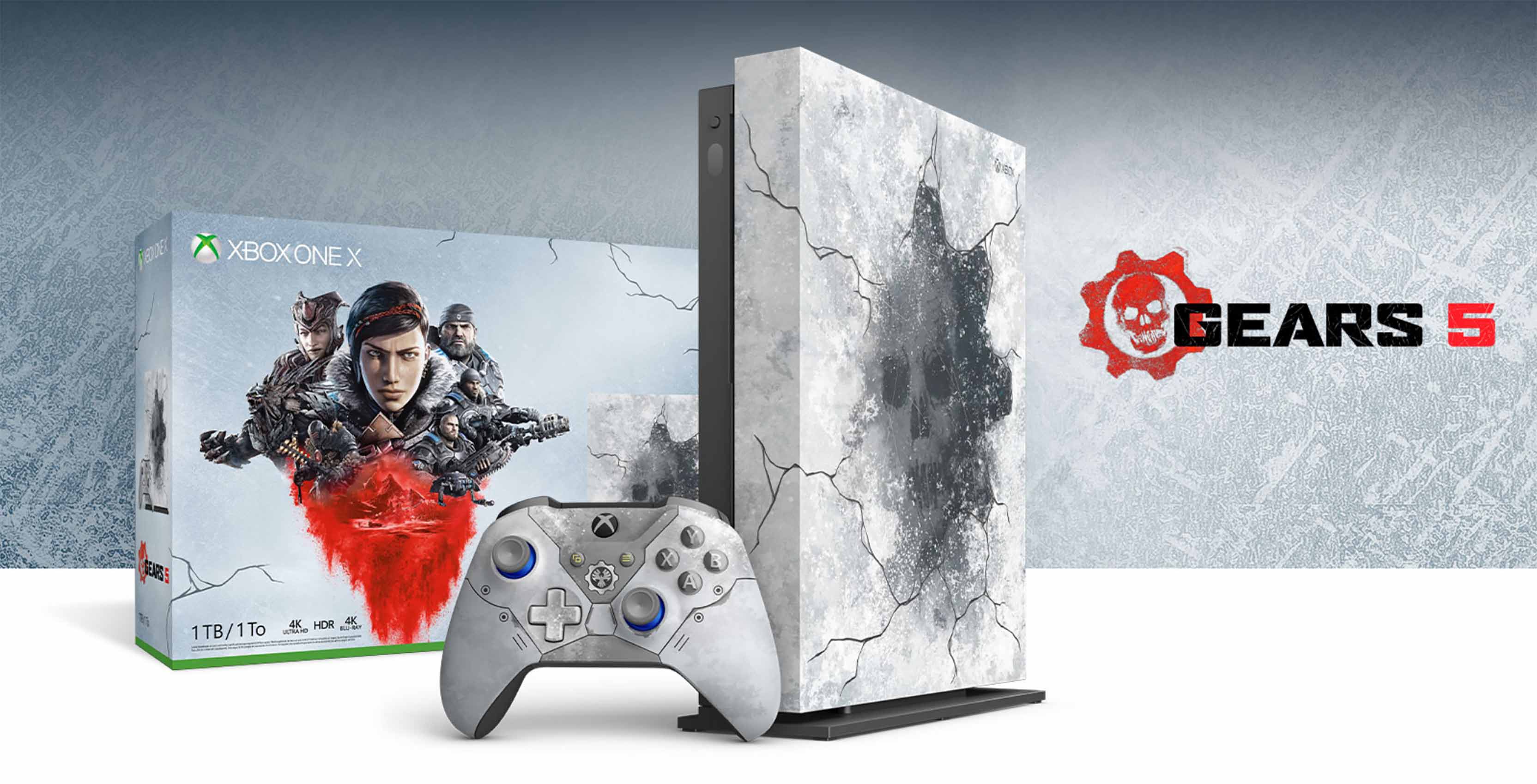 The system was produced by the Xbox Industrial Design Team and Vancouver-based The Coalition, the developer of the upcoming Gears 5 third-person shooter. This is the first limited edition Xbox One X console since the launch day ‘Project Scorpio’ model.

Notably, the console sports the Gears franchise’s signature Crimson Omen cog logo that’s been submerged in ice and snow. Complementing the insignia is a dark translucent casing and laser-etched cracks across the box’s surface. On the system’s back lies a snow pattern with a golden Locust symbol.

The Xbox One X Gears 5 Limited Edition Bundle will launch on September 6th, 2019 in Canada at a cost of $599 CAD. It’s worth noting that this is four days before the release of the standard version of Gears 5. However, the bundled code for Gears 5 Ultimate Edition will let you play Gears 5 starting September 6th anyway.

The bundle is now open for pre-order at the Microsoft Store.