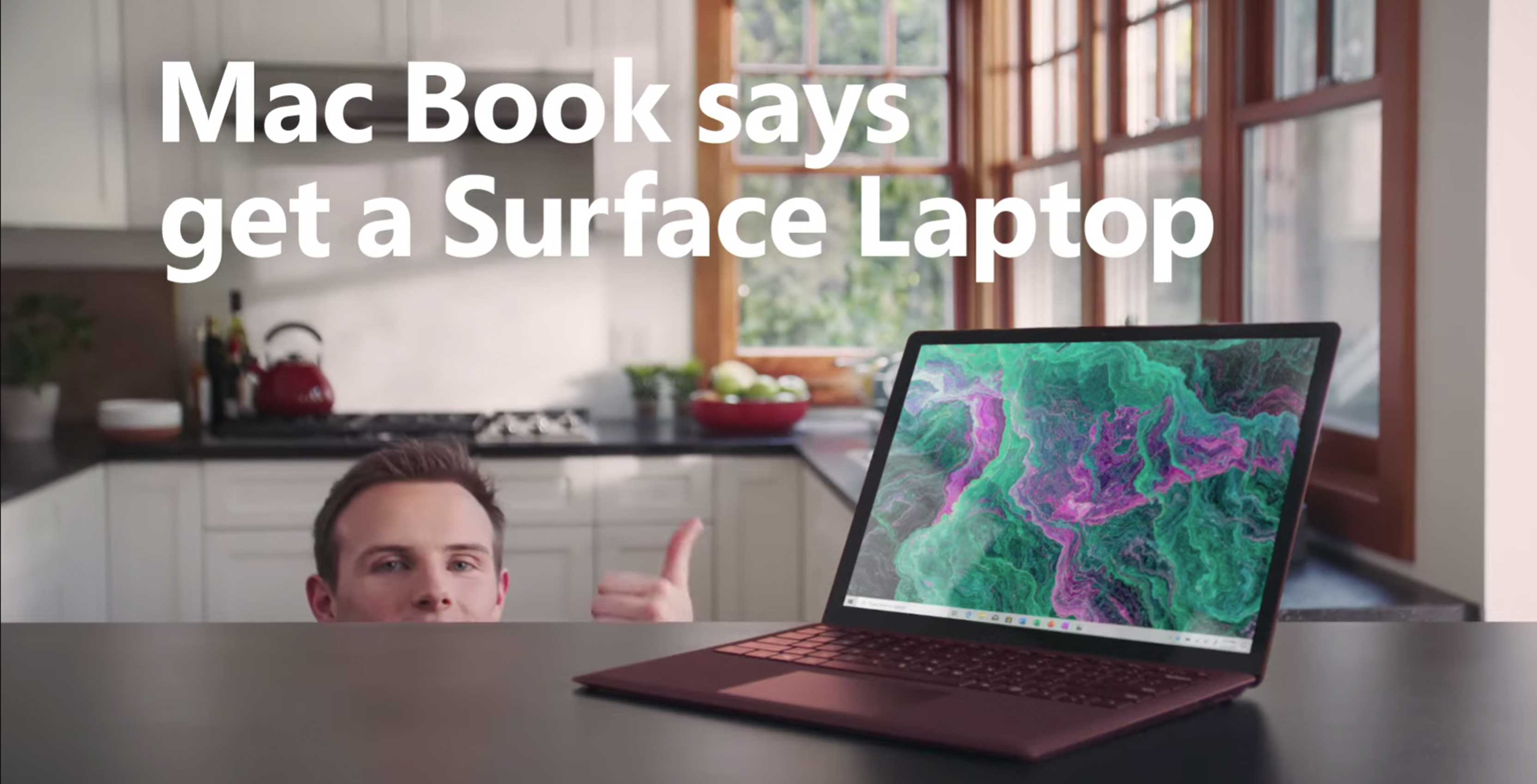 The commercial’s central character is from Australia, reports The Verge, so it seems like he’s a real guy.

The commercial reminds me strongly of Apple’s classic Mac vs. PC ads from the mid-2000s, but this time it’s Microsoft taking the shots, not Apple.

In the commercial, Book is asked which computer is faster and has a better touchscreen and battery life, and each time, he answers with “Surface Laptop.”

Overall, it’s a pretty funny video and it will be interesting to see if Microsoft keeps it up and uses Book for more ads in the future.

Source: Microsoft Via: The Verge.