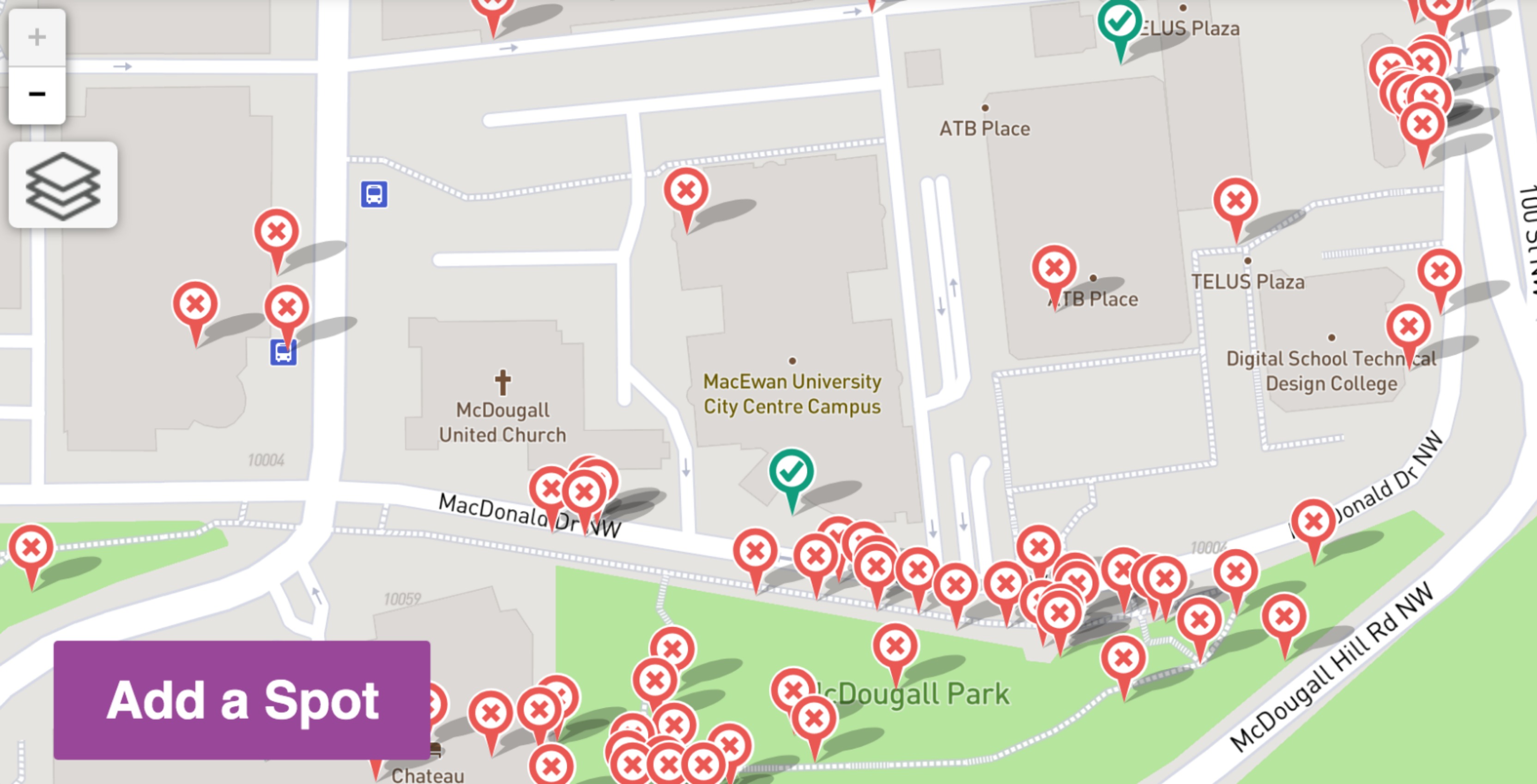 The City of Edmonton recently launched an online mapping tool that allows city residents to pin locations where they feel safe or unsafe.

Once you pin a location as either safe or unsafe, the tool asks you why you feel that way about the area. You can pick from several options that explain what makes the area safe or unsafe. You can comment on the lighting of the place, specific signage, or if someone experienced harassment at the location.

SafeCityYEG, which launched on July 10th, is already facing criticism, however. Users have said that it could allow people to stigmatize parts of the city, as outlined by CBC News.

Nearly a thousand reports have already been pinned for the downtown area, with most of them stating that the area is unsafe. The map is being constantly updated with people adding and deleting reports.

The goal of the app is to make Edmonton a safer place for women, according to CBC News. The idea stemmed from a collaboration between the city and the United Nations Women and Safe Cities and Spaces initiative.

SafeCityYEG will gather data for a year. The information will then be used to create strategies to see how Edmonton can become a safer place.