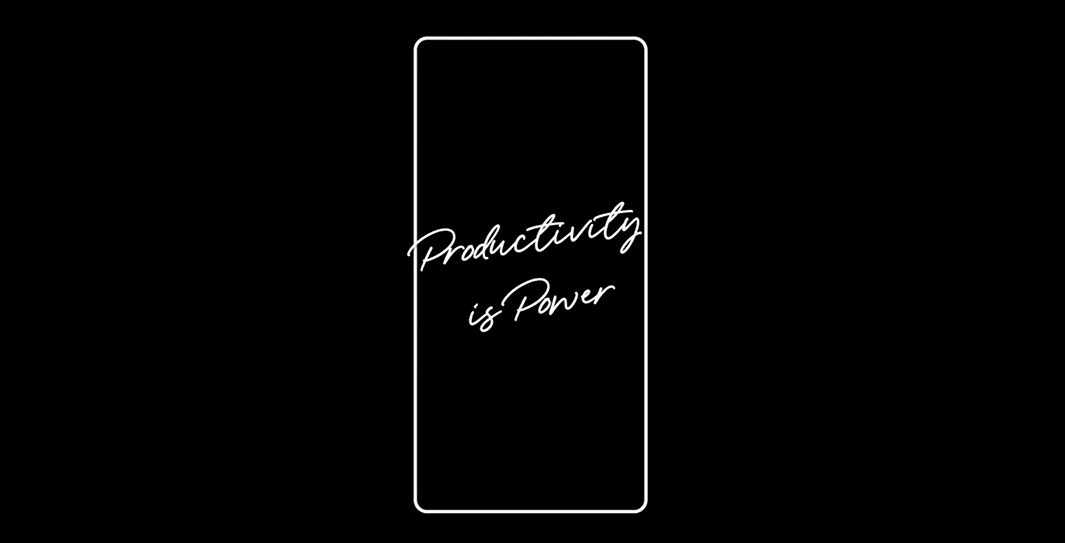 The seven-second clip, which has since been deleted, featured cursive text that read ‘Productivity is Power,’ followed by a rather rectangular outline of a smartphone that is more than likely the Note 10.

It’s unclear if Samsung plans to eventually push this brief clip out over more of its regional social channels, or why it was deleted.

Be efficient, be productive. Time to wing it.
Register today to stay updated with the latest news: https://t.co/VWlw3AXgk8 pic.twitter.com/YQqqjGw7Sc

Regardless, the rectangular design seems to backup the deluge of leaks currently surrounding the upcoming smartphone. Sure, nearly all modern smartphones feature curved edges at this point, but it looks like the Note’s corners are set to be more dramatic — even more so than last year’s Note 9.

Samsung’s previous teaser revealed that the Note 10-focused Unpacked event is set for August 7th, 2019 in New York, as well as what looks like a camera featured in the device’s S-Pen stylus.

MobileSyrup will be on the ground on August 7th bringing you all the Canadian news regarding the Note 10 directly from the keynote.