If you’re a Google Fit user, you’re likely excited with all the new features that have come to the platform, from support on iOS and the Apple Watch to a significant visual overhaul.

However, for all the good, users report a growing number of issues with Fit, which have come to a head now as some can no longer log into the platform.

The app’s Play Store page received a growing number of complaints and negative reviews over the last few months, according to Android Police, with a spike in the last week. Most reports claim that Fit broke sometime last week, but others date as far back as March.

Further, the reviews say that Fit simply stopped tracking activities, regardless if a user relied on the app or a Wear OS watch.

Additionally, syncing with third-party apps has stopped for many users, and those who try to set up syncing with Fit will discover it doesn’t work. 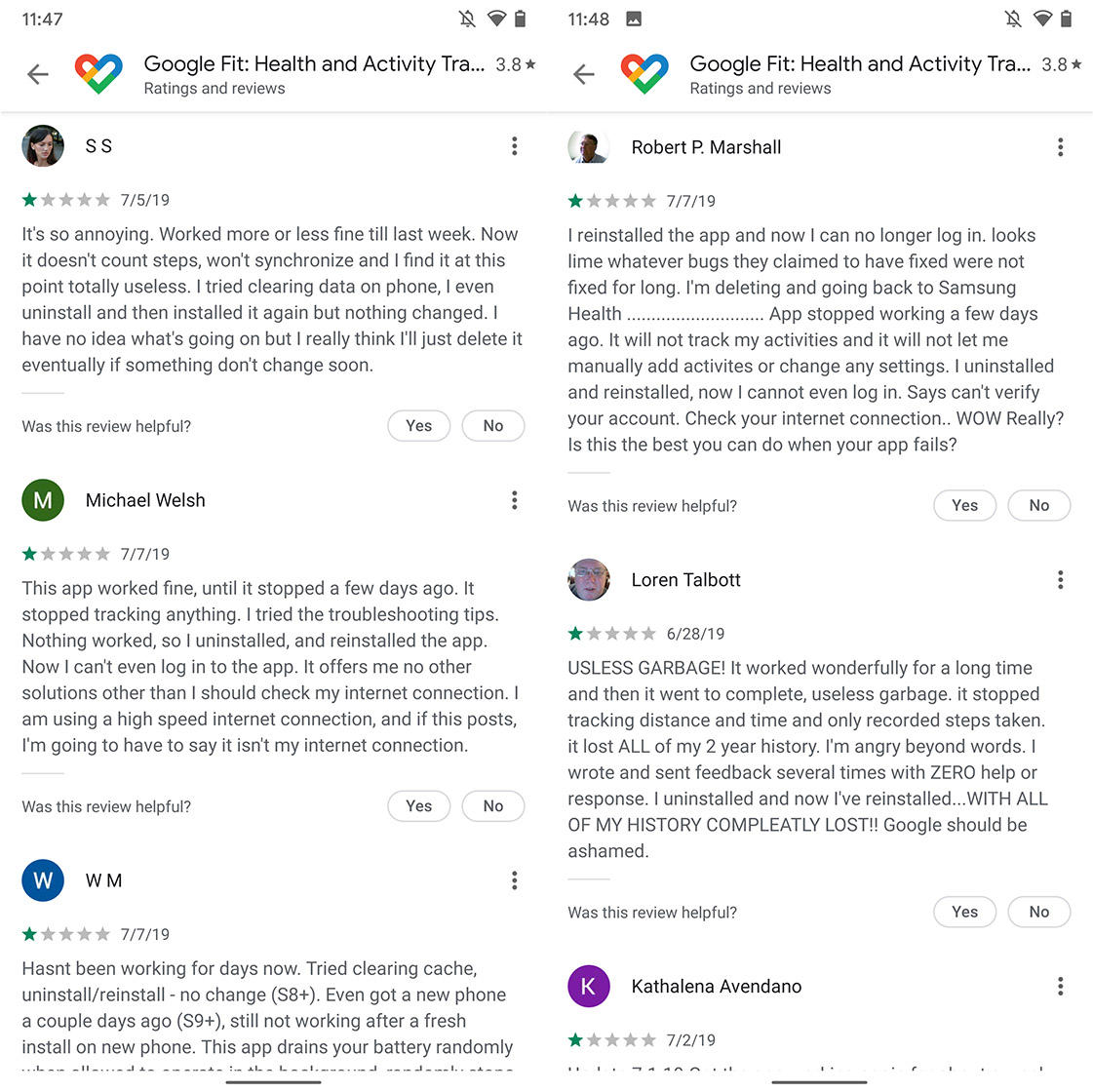 Some attempted to fix the problem by uninstalling and reinstalling Fit, or by logging out and back in. In both cases, Fit says it can’t verify a user’s account and then won’t allow the sign-in. Clearing the app’s data or cache doesn’t help either.

On top of all this, Android Police reports that the last official response from Google regarding Fit’s issues was on June 11th. At the time, Google said the login issues should be fixed. For most users, however, it’s still broken.

Some speculate that this could mark the end of Google Fit, considering that the search giant shut down the Fit web app back in March. I can’t imagine Google plans to shut down Fit entirely, but the lack of support for the app doesn’t bode well for its future.

Update 07/10/2019: A Google spokesperson told 9to5Google that it is investigating the issues with Fit.