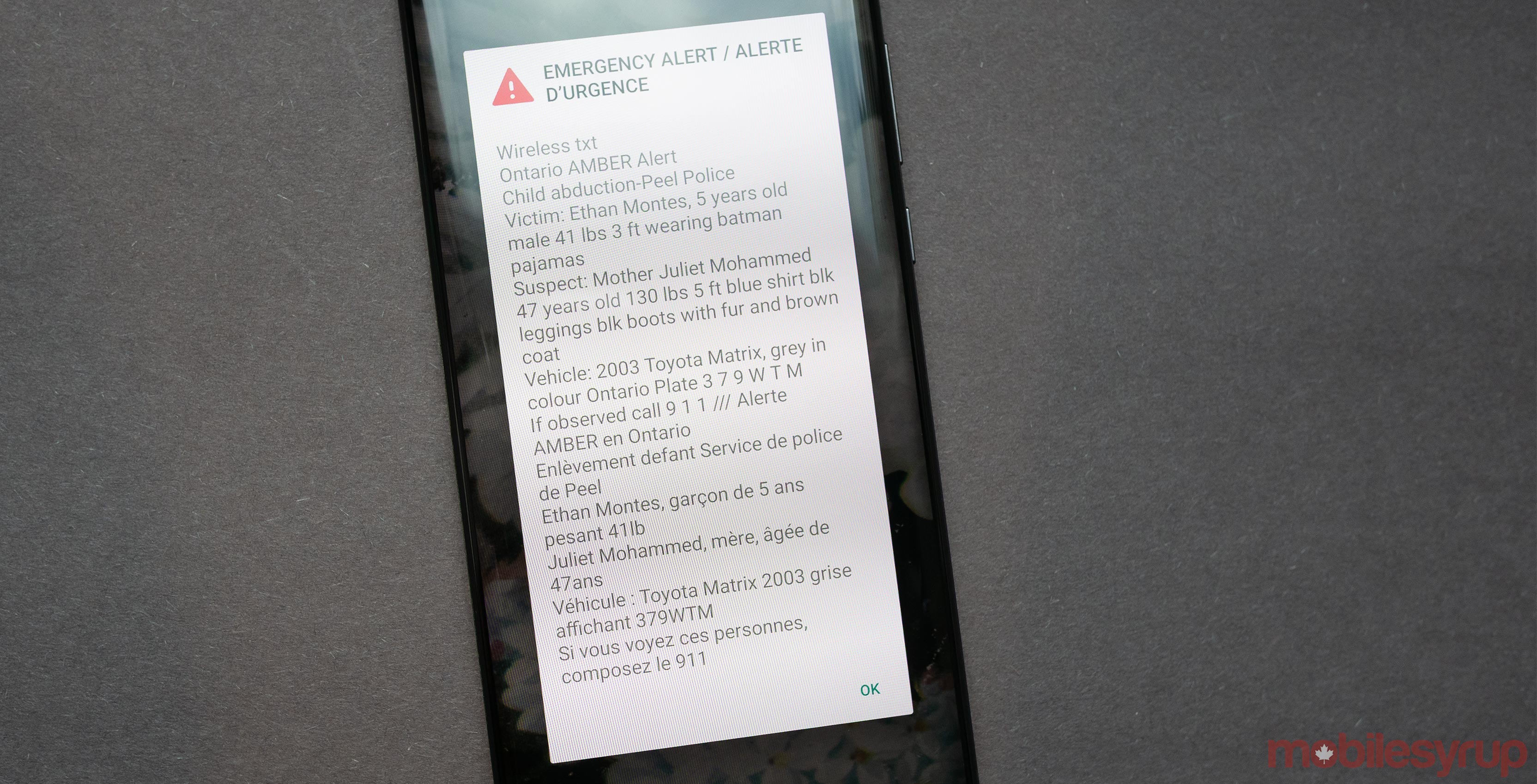 Wireless carriers will now have to distribute “a second visible wireless Emergency Alert every year,” according to an application that the CRTC approved.

The application from senior officials responsible for emergency management requested to modify the public alerting test schedule “to include at least one and up to two, annual visible public tests,” and to require “wireless service providers to participate in a second annual visible public test if an alerting authority elects to execute such a test during the month of November.”

In January, Public Safety Minister Ralph Goodale also called for all levels of the government to better improve the alert system.

The Canadian Radio-television and Telecommunications Commission (CRTC) said in its decision that because of “inconsistent results of the first round of public tests in May 2018,” and after seeing better results from the second test that was issued in November 2018, the CRTC feels that “continued testing enables alerting stakeholders to be more aware of and address outstanding issues.”

At the time, the CRTC approved to schedule five alerts, four would be invisible to mobile wireless service customers while one would be a visible public test that happened in May during National Emergency Preparedness Week. During that first test, there were several issues including “the failure of test alerts to be distributed” by service providers in some provinces. A second round of testing took place in November 2018.

The CRTC’s agreement said that all wireless service providers now are required to participate in wireless public alerting during the month of November every year as well as in May.