The Australian Competition and Consumer Commission (ACCC) has charged Samsung with misleading advertisements for its Galaxy smartphones.

In a press release from the regulatory body, which oversees competition and advertising standards, it said it would take Samsung to court and accused the South Korean smartphone maker of exaggerating the water resistance of its phones in advertisements.

Further, the ACCC says Samsung didn’t sufficiently test or understand how water affected its phones over their lifetime, and that the company denied warranty claims from Galaxy owners with water-damaged phones.

Since 2016’s Galaxy S7, many of Samsung’s phones boasted IP68 certification for water and dust resistance. The certification means devices can be submerged in 1.5 metres of fresh water for 30 minutes and not sustain damage.

However, the ACCC says Samsung’s advertisements indicated customers could use its devices in swimming pools or in the ocean.

The regulatory body reviewed over 300 Samsung ads for this case and included pictures of some in its press release. 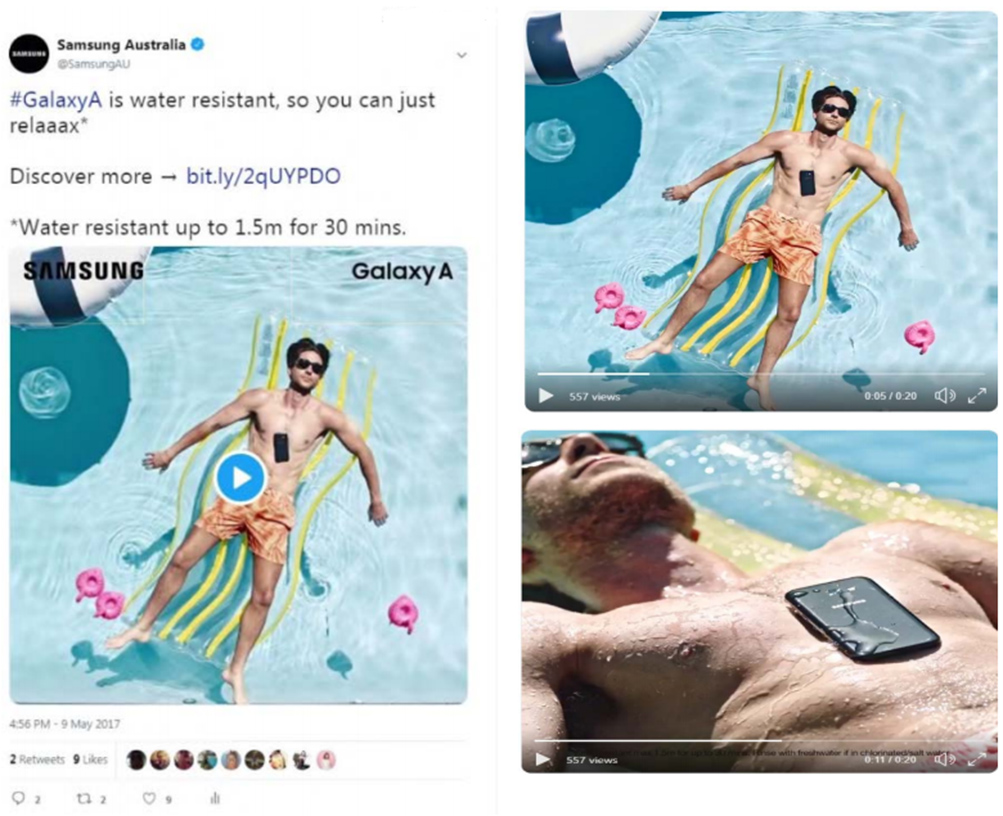 According to Reuters, each offending promotion after September 1, 2018, could receive a fine of up to $10 million AUD (approximately $9.16 million CAD).

Samsung could be in seriously hot water, as there’s little question that its advertisements suggest customers could use phones around non-fresh water. Some of the ads shared by the ACCC include people using phones in swimming pools and at the beach. Despite this, the fine print on an Australian page about the Samsung S10 says the phone is “Not advised for beach or pool use.”

For all the ACCC’s evidence, Samsung may still be able to escape problem free. Companies can often stretch the truth in ads without getting in trouble. Samsung has already said it intends to defend the case.

With that said, if you own any IP68 device, Samsung or otherwise, you should keep it out of pools and the ocean if possible.