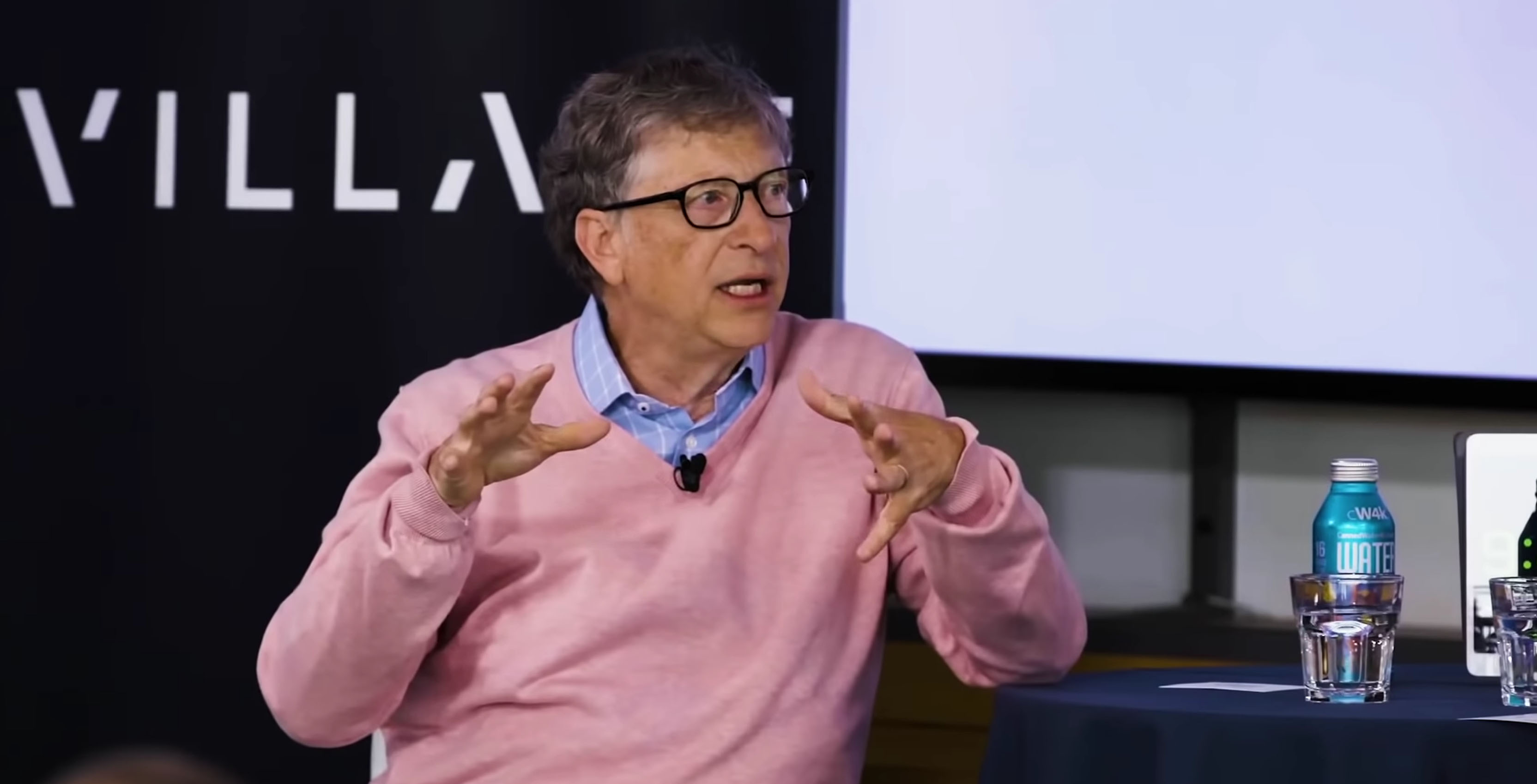 You can read the full quote below, or watch the recording of the interview — Gates’ statement about mobile platforms begins at 11:42.

“In the software world, particularly for platforms, these are winner-take-all markets. So the greatest mistake ever is whatever mismanagement I engaged in that caused Microsoft not to be what Android is. That is, Android is the standard non-Apple phone platform. That was a natural thing for Microsoft to win. It really is winner take all. If you’re there with half as many apps or 90 percent as many apps, you’re on your way to complete doom. There’s room for exactly one non-Apple operating system and what’s that worth? $400 billion that would be transferred from company G to company M.”

For those interested in the history, Google acquired Android back in 2005 for $50 million USD. Former CEO Eric Schmidt said Google’s initial focus was beating Microsoft’s early Windows Mobile efforts. During a 2012 legal fight with Oracle about Java, Schmidt said that “[a]t the time, we were very concerned that Microsoft’s mobile strategy would be successful.”

Ultimately, Android killed Windows Mobile and Windows Phone and became the equivalent of Windows in the mobile world.

Gates’ involvement in the fall of Windows Mobile

The Verge notes that Gates’ statement is a surprising one, as many attribute the mobile failings to Steve Ballmer. Ballmer missed the importance of touch and laughed at the iPhone for not having a keyboard.

The misunderstanding of the importance of touch made up a crucial part of Microsoft’s early mistakes. Internally, the company spent months arguing over whether it should abandon Windows Mobile, which wasn’t touch-friendly and came from an era of stylus-powered devices.

In an emergency meeting in December 2008, Microsoft decided to scrap Windows Mobile and completely reboot its efforts with Windows Phone. Former Windows chief Terry Myerson, as well as Microsoft’s Joe Belfiore, were involved in that meeting, but Microsoft likely also sought Gates’ advice.

Gates stepped down as CEO in 2000 and took the role of chief software architect during the years leading up to Windows Phone and Windows Vista. He remained in that role until 2008, before carrying on as Microsoft’s chairman until Satya Nadella took over as CEO in 2014.

While Gates may not have been directly involved in the management of some of Microsofts’ mobile decisions, his departure came amid those crucial years.

Gates still provides input at Microsoft, with the Edge team seeking his thoughts on moving to Chromium, as well as assisting on a mysterious ‘personal agent’ project in recent years.

Meanwhile, Microsoft seems to have survived its mobile missteps, and its cloud business is doing well. Still, mobile is a massive market that has, unfortunately, excluded Microsoft.