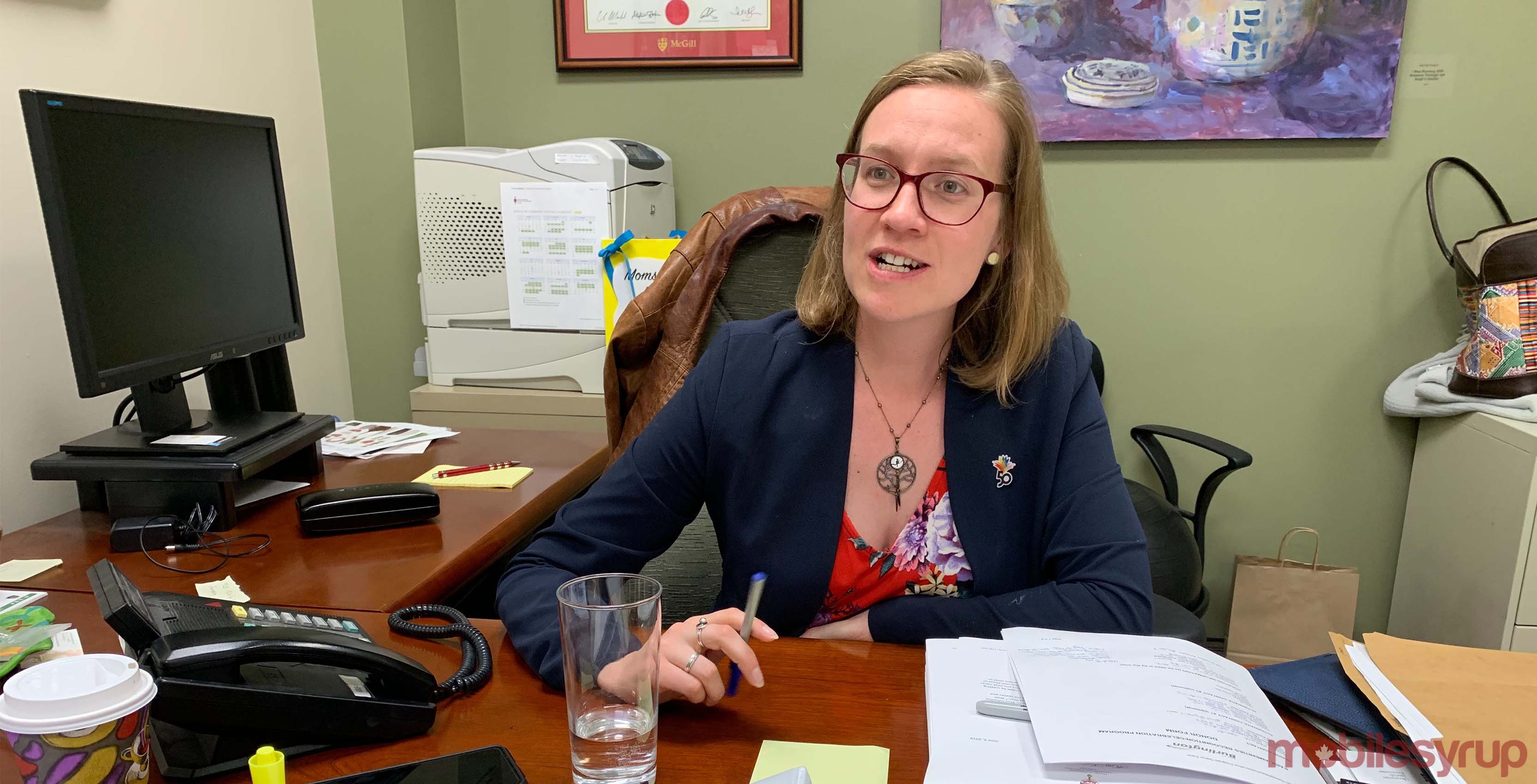 Even though the House of Commons has “run out of runway” before rising in June to announce any new legislation that would regulate digital platforms, Canada’s Democratic Institutions Minister says she feels “prepared” current legislation will protect Canada from disinformation in the upcoming federal election.

“I feel prepared right now, but that being said, the very nature of these disinformation campaigns is to be covert and be undetected,” Karina Gould said during an interview with MobileSyrup in her constituency office in Burlington, Ontario.

“But I do feel that the plan and the approach we’ve put in place puts us in the best position to be prepared should something occur.”

Gould reiterated that no threats have come up yet, but that her office is in constant contact with digital platforms.

“I think our elections legislation is very robust. Is it perfect? Well, we don’t know what we don’t know yet, but for the things that we do know, we tried to update the legislation to ensure Canadians would have transparency in who is trying to communicate with them and make informed choices,” she said.

This past December, Bill C-76 the act to amend the Elections Act, received royal assent. There were some new provisions that regulate digital platforms in preparation for the election. Those regulations include limits on political advertising by parties, reporting requirements for third parties and not allowing foreign entities to donate during elections.

The rules would also mean that if a video –like that of a doctored video of U.S. House Speaker Nancy Pelosi that appeared on social media last week– was spread in Canada, it would “already be illegal under the Canada Elections Act,” the minister said.

“We don’t have to be so prescriptive in the Act for us to be able to enforce it,” she noted. “That is something we were very mindful of.”

When asked how she thinks the election will roll out and whether disinformation will play a huge role, Gould said she didn’t want to speculate and “predict what will happen.”

Regulating digital platforms requires the work of many departments

Gould said that while her department began focusing on regulating digital platforms from the perspective of election threats a couple of years ago, she said that the concerns of social media have transcended nearly all departments. That is why so many other announcements have been made recently, all in an effort to figure out a way to regulate platforms, she said.

More recently, Innovation, Science and Economic Development Minister Navdeep Bains announced the Digital Charter, a 10 point principled plan that would guide policymakers on future legislation of digital platforms. The Digital Charter did not have any concrete forms of regulations.

“The release of the charter is to tell Canadians on the platforms that these are principles that will guide us as we develop this framework and its to spark a conversation,” she said.

Gould added the principles would be used when it comes time to modernizing the Personal Information Protection and Electronic Documents Act (PIPEDA) and the Privacy Act, for example.

Gould also recognized the work of the House of Commons Standing Committee on Access to Information, Privacy and Ethics, which put out its report on Facebook earlier this year and provided recommendations on how social media could be regulated. The committee is also hosting the grand committee on disinformation and Facebook this week, which Gould said was much-needed meeting to further the discussion on how to regulate digital platforms.

“There are all these different moving pieces and I think that’s all good because each of the different sectors has responsibilities and they’re putting out different ideas,” she said, adding that it wasn’t until just recently that Canadians have seen the negative impact that social media can have.

While the topic of regulating social media and digital platforms has gone beyond party lines, Gould said it is important that whoever forms the next government will find it hard “to abandon this issue.”

“It was important to put out the Digital Charter, it is important for us to have this national conversation…what that looks like will be different with which party [is elected] but I think the underlying tenets of privacy, transparency, authenticity, integrity, those are very present,” she said.

Gould credits social media platforms for the efforts they are taking

“It was just a couple of years ago when all we could see was the immense good and opportunity that the platforms provided. Look at the political revolutions like the Arab Spring and the ability to make yourself safe if there was an earthquake,” she said. “There is a lot of good that comes from the platforms. But with that connectivity, bad actors are also enabled to take part in that.”

Gould said that the government’s biggest challenge is to support and encourage positive elements of digital platforms with the ability to participate in civic discourse “while trying to mitigate the bad and the social harassment we are seeing.”

When asked if digital platforms are too big that they might not listen to regulations, Gould said: “I don’t think it’s their place to agree or not.”

“Our job as governments is to protect citizens and protect the rights that we have developed over the past 150 years here in Canada and I think we have to be thoughtful in how we go about regulation,” she said.

But Gould gave credit to social media and digital platforms for the efforts they’ve made.

As part of the new C-76 rules, social media sites have to create a political ad registry. Facebook has already agreed to create one, while Google says it will not be participating.

Gould noted that Twitter has still not responded, but expects it will do so since the deadline is June 30th.

More recently as well, Google, Amazon, Facebook, Microsoft, and Twitter pledged to fight against online violent extremism at the Christchurch Call to Action.

But Gould said there was more tech giants could do themselves, like enforcing community standards and terms of services better.

“[Companies] have already set standards, so why don’t they be clear with their users about what that means and enforce them,” she said, again giving credit to Facebook for beginning to take down right-wing extremists and hateful comments.

“It’s about transparency and openness and having those conversations with their users, and part of that, too, is to have clear terms of services and community standards that are easy to read,” she said, adding that it probably shouldn’t take someone more than 70 days to try and read through all the existing standards that are out there.

As the federal election nears, Gould noted that her main concern is the spread of fake news online. She added that her department has spent considerable time in educating and encouraging people to be “thoughtful and reflective of what they see online and what they share.”

In January, her department announced a $7 million investment in civic digital and media literacy campaigns. In the 2019 budget, an additional $29 million was added.

“That’s something tangible that we’re doing and that will be implemented by civil society partners because it’s not the role of the government to tell people what news is good and what isn’t,” she said.