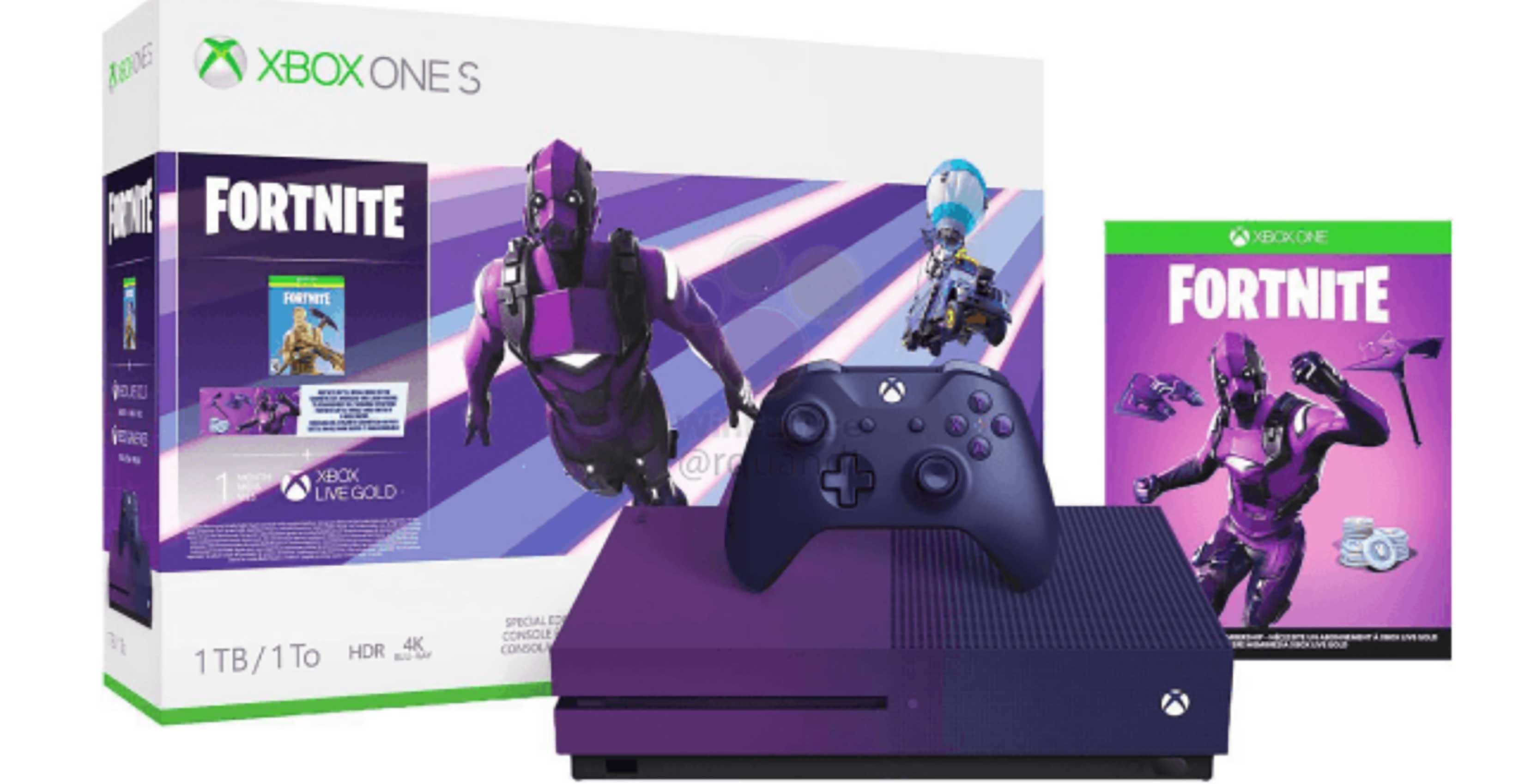 Fortnite fans around the world will soon be able to purchase a sweet package from Microsoft, as the company appears to develop a Fortnite-themed Xbox One S with Epic Games.

According to information acquired by German outlet WinFuture, Microsoft will release a Fortnite-bundled Xbox One S in the coming weeks. This bundle includes a purple-coloured controller and console, topped with a new “Dark Vertex” skin and 2000 V-Bucks, the in-game currency. The leaked image also shows the inclusion of Xbox Live Gold, EA Access and Xbox Game Pass.

In terms of pricing, Microsoft will most likely release the console with 1TB of storage and the Blu-ray optical drive for $299 USD (about $400 CAD).

The exact release date is currently unknown. Microsoft is planning to host its E3 press conference on June 9th at 1pm PST/4pm EST. Since the company has promised to “go big” this year, the Fortnite-themed console will likely be part of Microsoft’s E3 announcement.

Microsoft is known to create limited edition bundles that come with games and extra peripherals. The company launched the Xbox One S Minecraft Limited Edition Bundle in 2017 where the console and controllers were skinned with Minecraft blocks.