With the Pixel 3a and Pixel 3a XL, Google camera quality now starts at $549 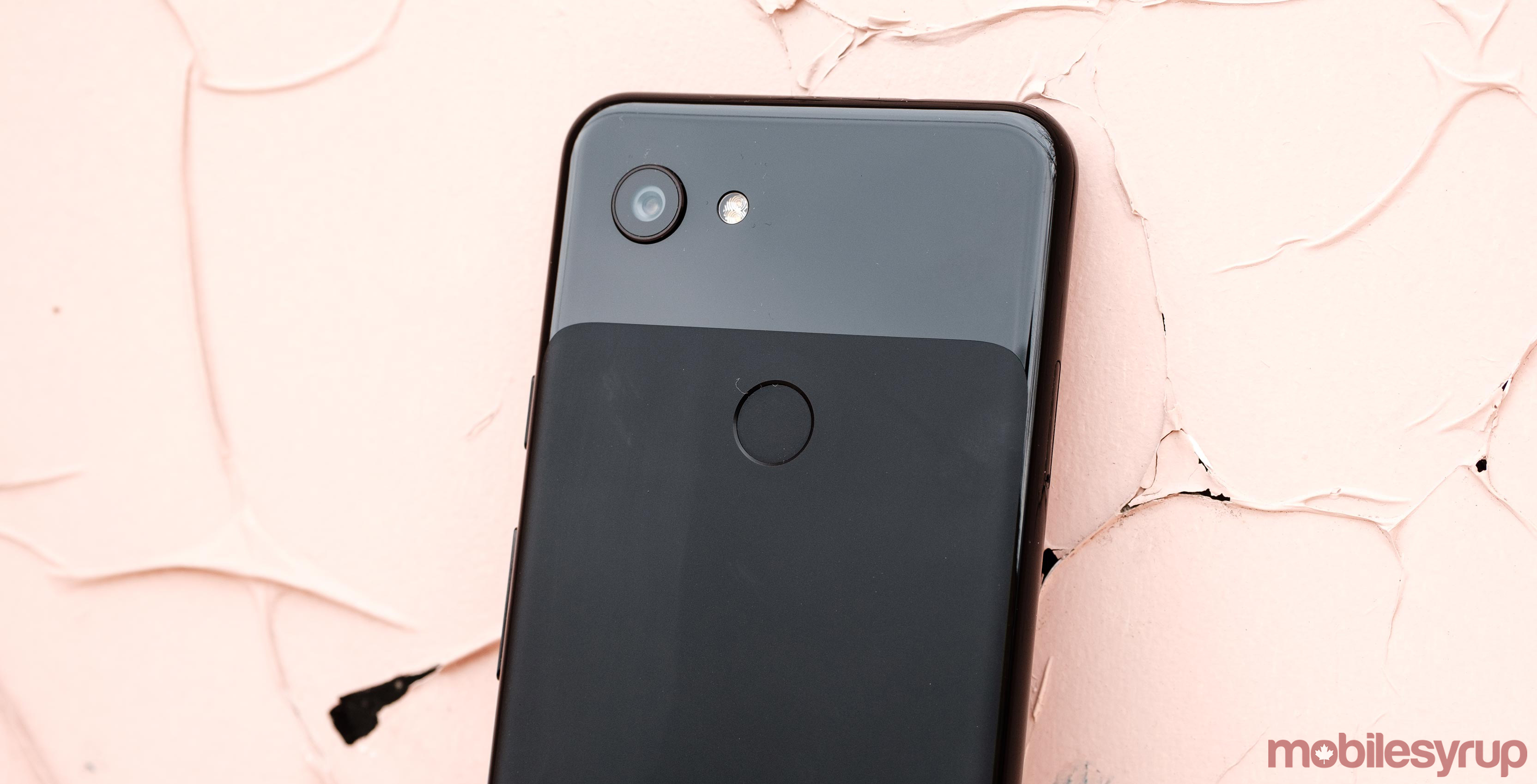 After what seems like an endless lead-up, Google has finally announced the Pixel 3a and Pixel 3a XL, its new pair of mid-range Pixels smartphones.

First, the price of the new phones.

At launch, Google will sell the Pixel 3a and 3a XL for $549 and $649 in Canada. The two handsets will be available in three colours — ‘Just White,’ ‘Cleary Black’ and ‘Purple-ish’ — and in one configuration option with 64GB of internal storage. 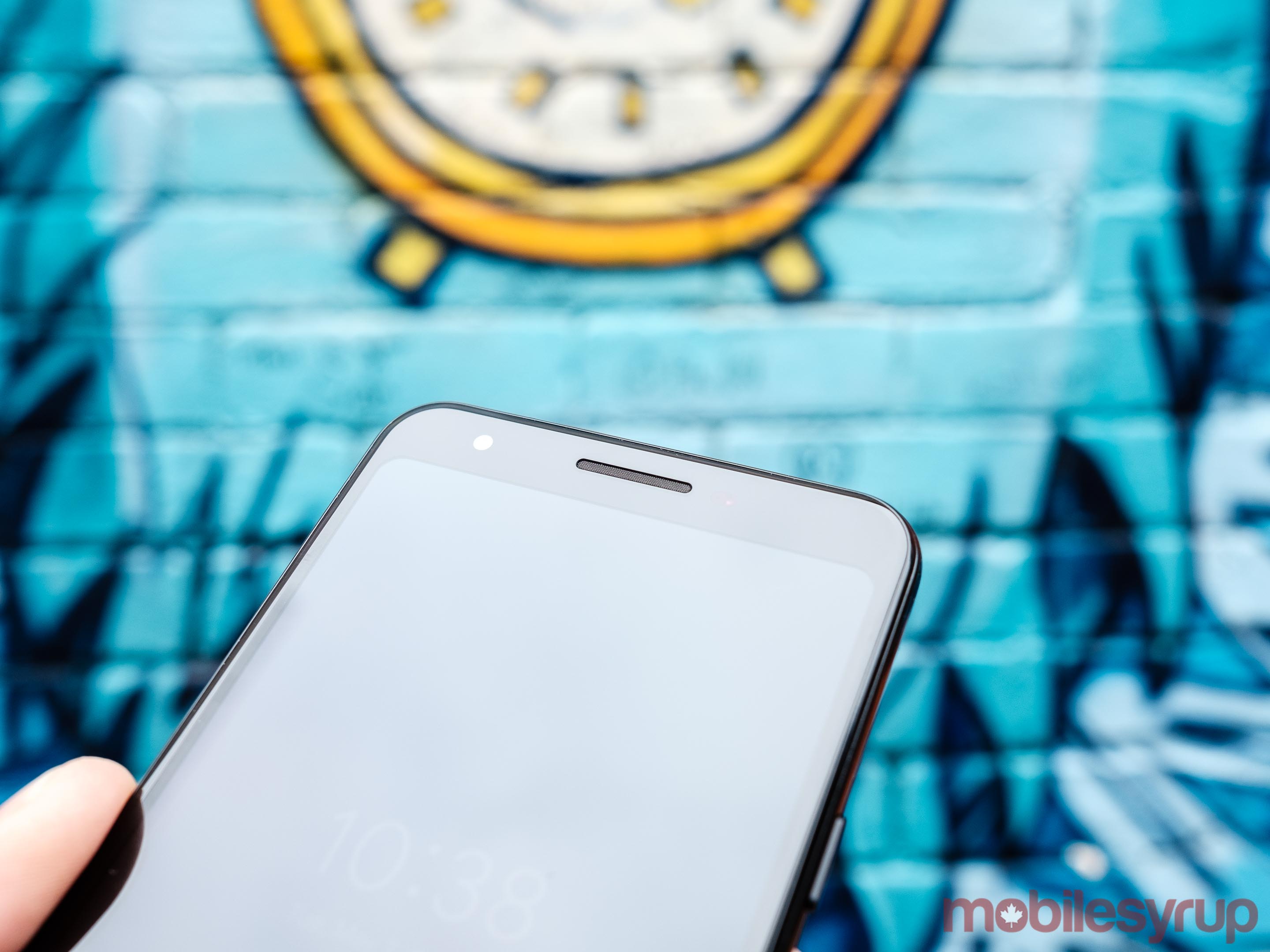 Ahead of Google’s announcement of the Pixel 3a and Pixel 3a XL today at the company’s annual I/O developer conference, MobileSyrup spoke to Mario Queiroz, the head of the company’s Pixel development team.

Queiroz says Google “developed Pixel 3a from the ground up to bring as many of the premium Pixel experiences as we can to a product that’s half the price of the flagship smartphones that are out there.”

To that end, the Pixel 3a includes a lot of features that were highlights of the Pixel 3.

In particular, Google made surprisingly few compromises with the Pixel 3a’s camera system.

Combined with the fact the Pixel 3a supports Google’s Night Sight capture mode, the Pixel 3a should be as good at capturing low-light shots as its more expensive sibling.

Speaking of Night Sight, all of the Pixel 3’s marquee computational photography features — including Night Sight, as well as Portrait Mode, Super Res Zoom and HDR+ — are available on the Pixel 3a.

Where the Pixel 3a differs from the Pixel 3, at least where their cameras are concerned, is that the new phone features a different front-facing camera configuration.

Instead of two front-facing cameras, the Pixel 3a includes a single 8-megapixel camera with f/2.0 aperture. Missing is the Pixel 3’s 19mm equivalent extra-wide angle lens. Moreover, at f/2.0 compared to f/1.8, the Pixel 3a’s single selfie camera is a third of a stop worse at capturing light. It’s also a fixed focus lens and features a slightly wider field of view.

What the Pixel 3a doesn’t include is a Pixel Visual Core, the custom piece of silicon Google first shipped alongside the Pixel 2 to assist with photo processing. According to Queiroz, his team decided not to include the chip after they were able to program the handset to complete all photography-related tasks using its Snapdragon 670 chipset alone.

Elsewhere, the Pixel 3a and 3a XL share a lot of similarities with the Pixel 3 and 3 XL. The Pixel 3a includes the company’s Active Edge tech, which allows users to squeeze the device to launch Google Assistant. It also features the same two-tone design of the Pixel 3 — though, as you can see from the photos, both the Pixel 3a and Pixel 3a XL have ample display bezels, making them look dated compared to even other mid-range phones. 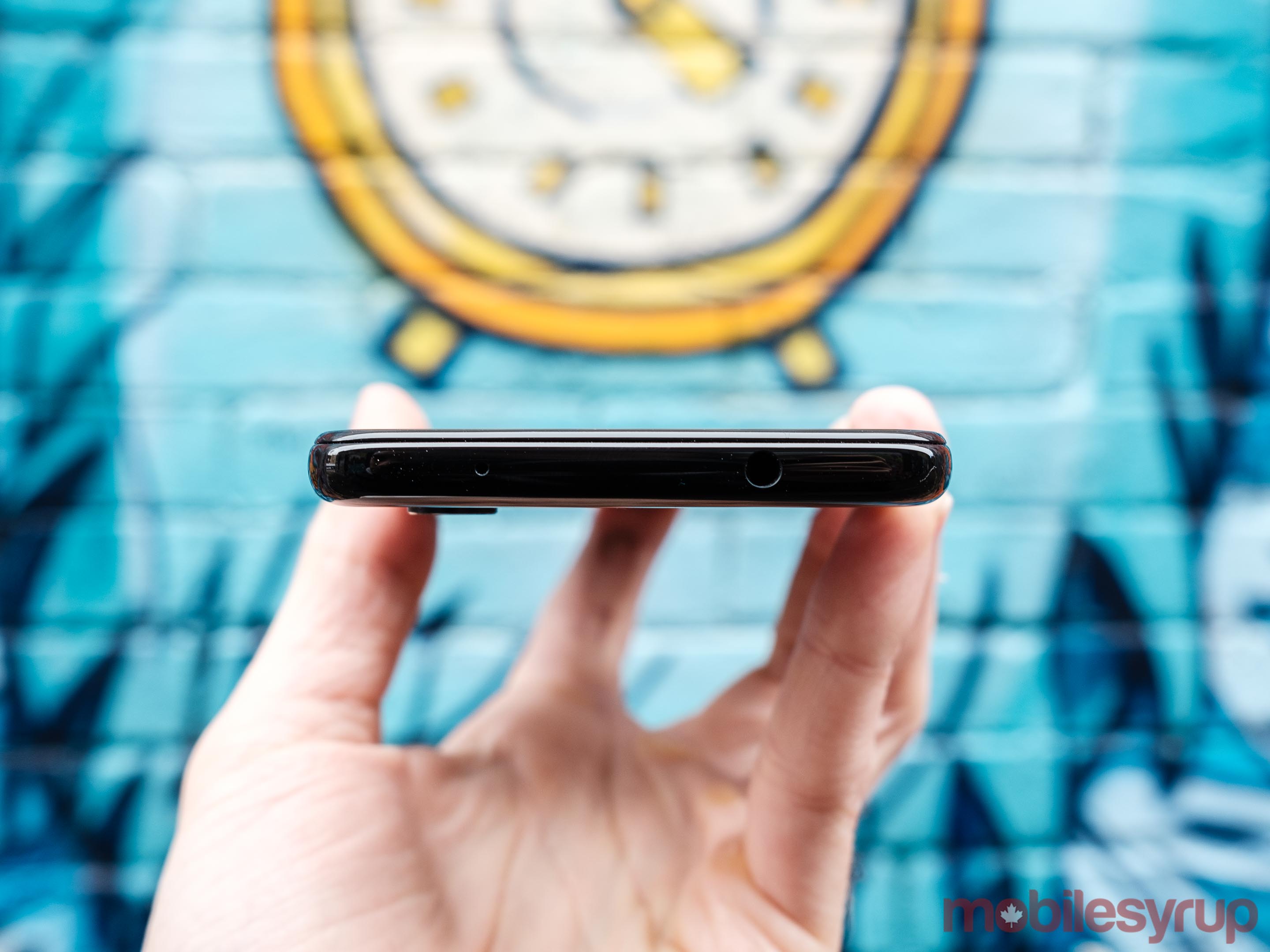 On the performance front, the Pixel 3a features Qualcomm’s Snapdragon 670 chipset, instead of the chipmaker’s 2018 top-of-the-line chip, the Snapdragon 845. Despite the fact it’s part of Qualcomm’s 600-series lineup, the 670 isn’t a huge step down from the 845. It fabricated using the same 10nm process node as the 845 and includes a very capable Adreno 615 GPU. Like the Pixel 3, the Pixel 3a features 4GB of RAM. Google is also including an 18W charger inside the box to facilitate fast charging.

Google has also included the Pixel 3’s Titan M security chip, which is designed to protect the user’s passwords and other sensitive information, as well as its Pixel Imprint back-facing fingerprint scanner.

Lastly, the Pixel 3a and Pixel 3a XL will launch with Android P out of the box, and like with the Pixel 3 and Pixel 3 XL, Google plans to support the two phones with at least three years of platform and security updates.

More than six months after the launch of the Pixel 3, Queiroz says he and his team expect “a much smoother software experience” this time around.

“It’s not brand new software,” he adds. “We’ve taken what we’ve built for Pixel 3 and brought it to Pixel 3a. The interesting thing here is that the improvements we made with the software we’re not rolling back into Pixel 3, which is going to make Pixel 3 better, more efficient and faster.”

To start, the Pixel 3a and Pixel 3a XL don’t include Qi inductive charging, nor do they have an official water and dust resistance certification. And while both phones feature stereo speakers, they fire from the bottom of the phone, not the front. They do, however, include one feature the Pixel 3 and 3XL are missing: an analog headphone jack.

All of that said, what’s likely to make the Pixel 3a a non-starter for some consumers is the absence of expandable storage, a feature that’s frequently found on other smartphones at this price range. 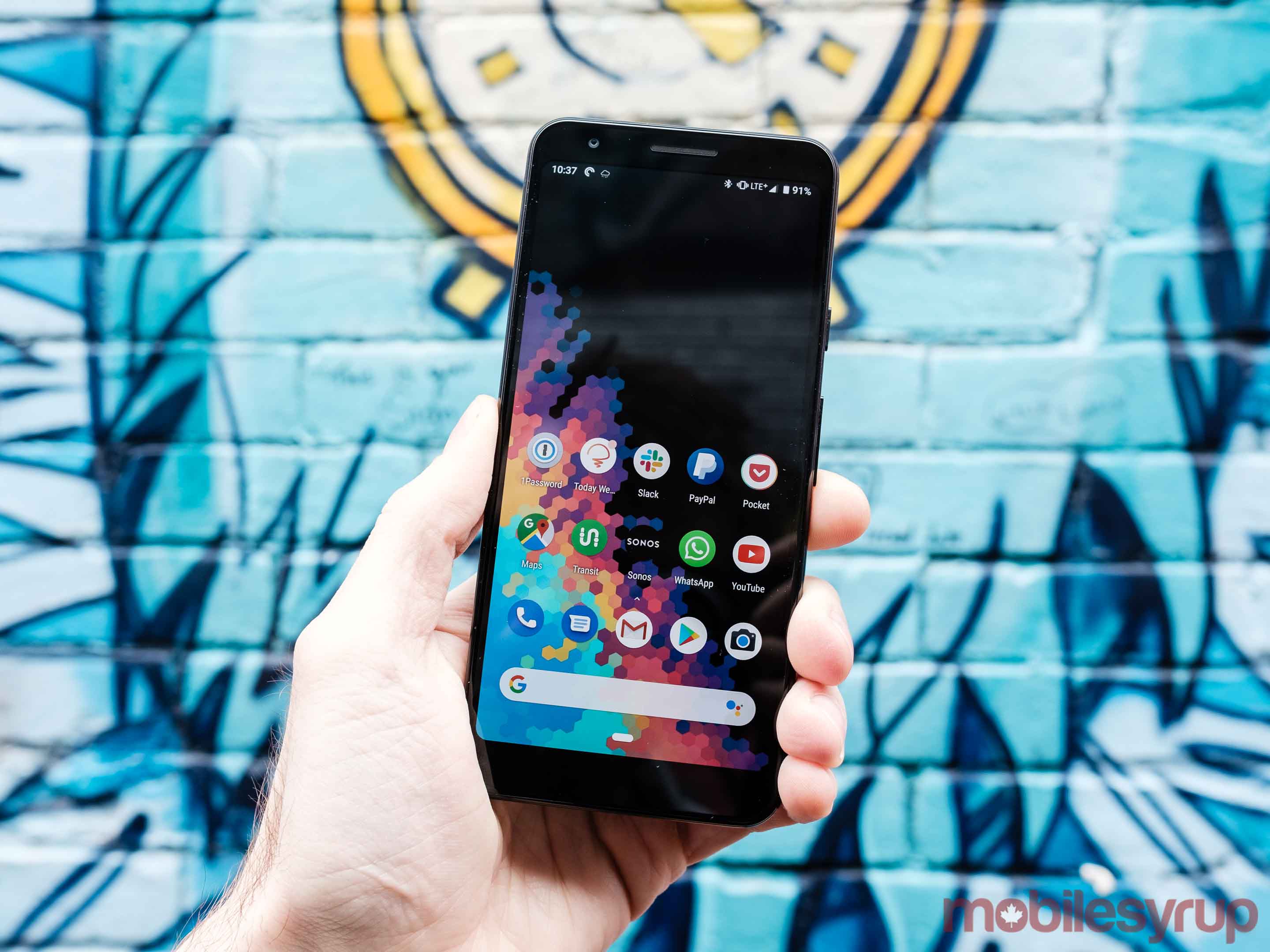 As I mentioned above, at launch Google plans to offer the Pixel 3a and Pixel 3a XL in one 64GB storage configuration. The Pixel 3a and 3a XL’s SIM trays don’t include a microSD slot. Queiroz says his team found 64GB was ample enough storage in their testing, but noted it’s important Pixel 3a users make the most of Google Photos to avoid running out of space.

Speaking to Queiroz, it’s clear Google doesn’t expect the Pixel 3a to blow consumers away with its internal specs.

“Our objective is not to compete on hardware specs,” he says. “We’re thinking about the overall experience.” What’s equally clear is Google has a lot riding on the Pixel 3a.

During its most recent quarterly earnings call, Alphabet CFO Ruth Porat revealed Google sold fewer Pixel handsets in Q1 2019 than it did during the same period last year.

Porat cited “some of the recent pressures in the premium smartphone market” for the slowdown, but it’s likely the Pixel 3’s starting price of $1000 CAD likely played a part in the slowdown as well. We’ll have to see whether the Pixel 3a can restart smartphone growth for Google.

Canadians can pre-order the Pixel 3a and Pixel 3a XL starting today via the Google Store.