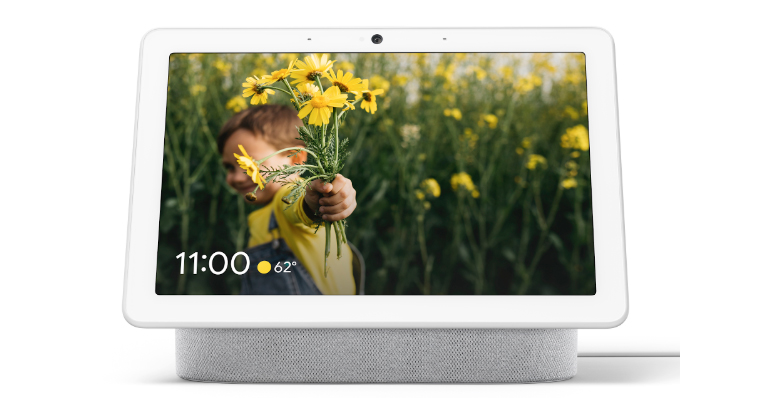 At I/O 2019 Google officially revealed the Nest Hub Max, an upgraded Google Assistant-powered smart home assistant with a 10-inch display. Further, the tech giant changed the standard Google Home Hub’s name to Nest Hub, and confirmed that the device is set to release in Canada shortly.

The device can also be used like a standard Nest camera thanks to its built-in camera, says Google.

Other technical specifications include a wide-angle camera that is compatible with Google Duo, allowing users to make phone calls with the smart home device. During the keynote, Google emphasized that users will easily be able to tell when the camera is on because of a green light on the front of the device. The camera can also be disabled with a physical switch on the rear of the device.

What’s most interesting about the Hub Max is that it’s designed to be used by multiple users in the same home. Along with Voice Match, which launched last year, the Hub Max is also capable of recognizing users through a new feature called ‘Face Match’ that utilizes local facial recognition technology. Finally, music can also be stopped by raising your hand in front of the Hub Max’s camera.

Google confirmed to MobileSyrup that the Nest Hub Max is not coming to Canada later this summer when it launches in the United States. The nest Hub Max is priced at $229 USD (roughly $308 CAD).

The tech giant confirmed that the standard Nest Hub is finally making its way to Canada. 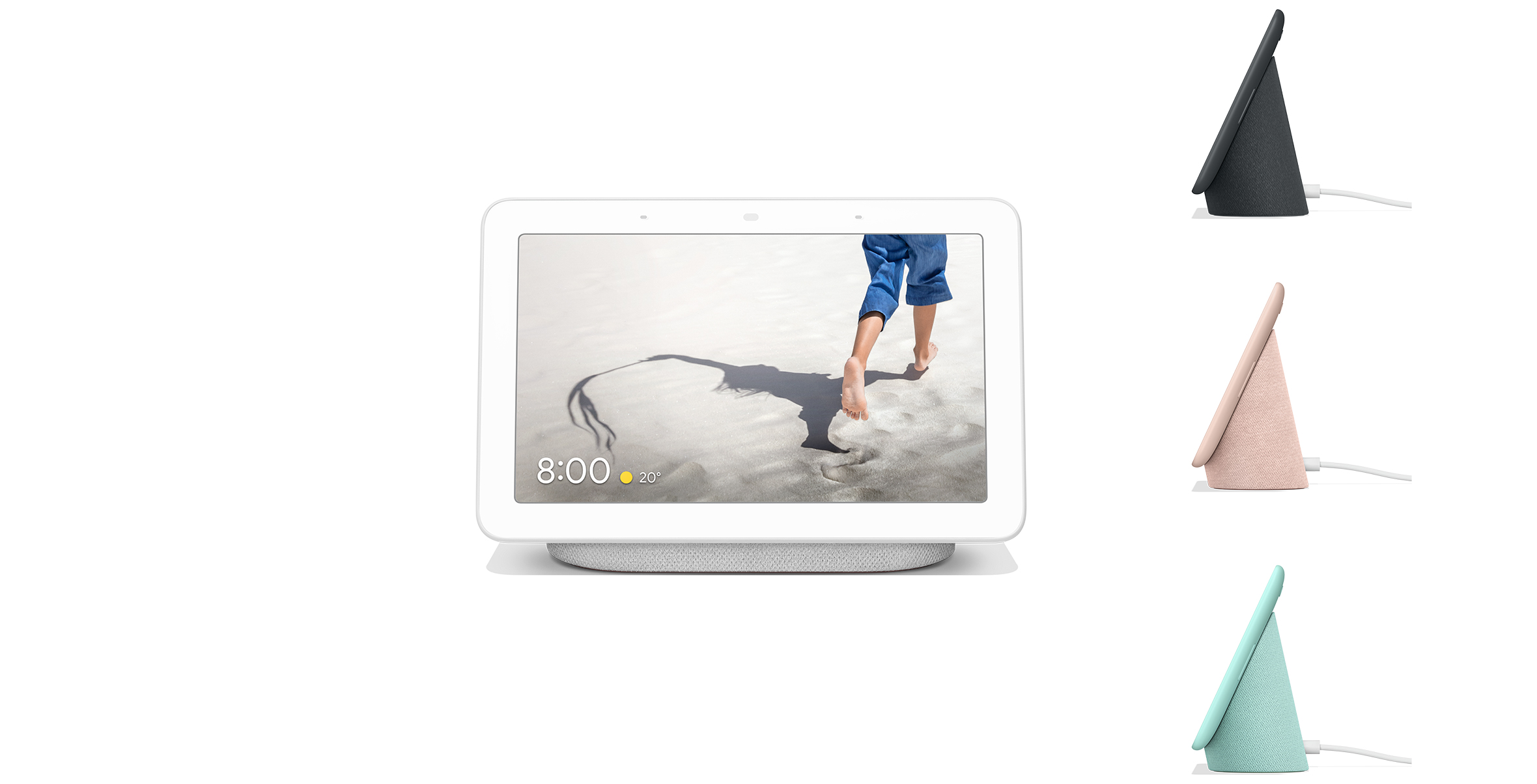 The standard Hub features a 7-inch 1024 x 600 pixel resolution display, 2 far-field microphones and a ‘full-range speaker.’ The Nest Hub was first released in the U.S. on October 22nd, 2018 under the name Google Home Hub.

The Nest Hub is priced at $169 CAD and is now available for pre-order now through the Google Store. If you pre-order between May 7th and May 27th, a Nest Hub purchase includes a free Google Home Mini. Google says that the Nest Hub will be available at “select retailers” on May 28th. The Nest Hub is available four colours, including ‘Sand,’ ‘Charcoal,’ ‘Chalk,’ and ‘Aqua.’

Towards the end of the smart home portion of its I/O 2019 keynote, Google confirmed that it is bringing its Nest and Google Home teams under one banner in an effort to simplify its smart home offerings. The tech giant also published what it calls “privacy commitments” to its smart home products that explain what data they pull from users and how it is used.

Update 07/05/2019: The story has been updated with Canadain pricing and availability for the Nest Hub.