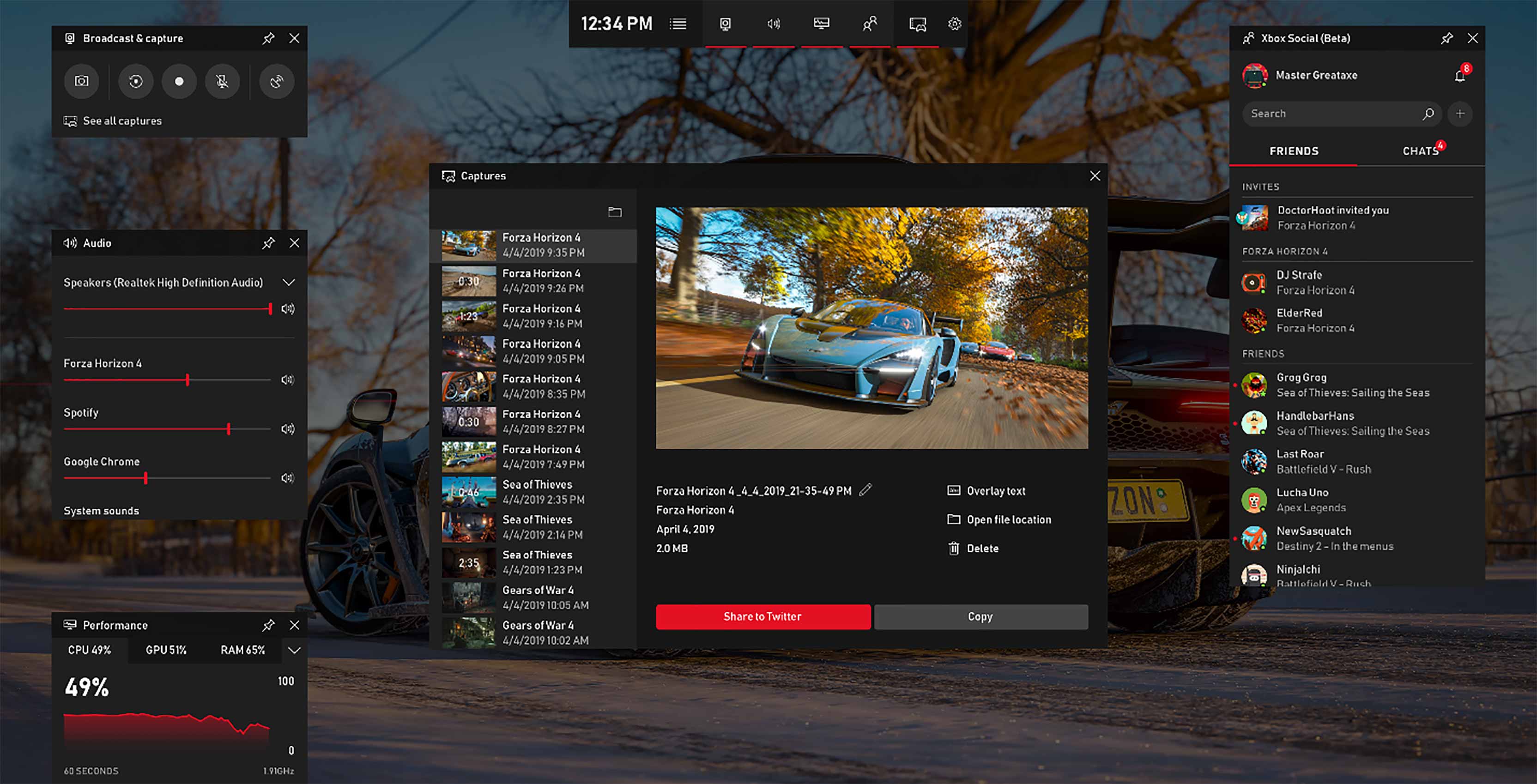 Microsoft has announced a number of new entertainment and social features coming to the Windows 10 Game bar.

The update is rolling out in preview now to Insiders and includes the following features, which are accessible by pressing Win+G.

Microsoft says many of these features are the result of a ‘PC Gaming Idea Drive’ that launched during the XO18 Xbox event last November to collect Windows 10 gaming feature suggestions from players.