the HW-Q70R and HW-Q60R are coming out this April 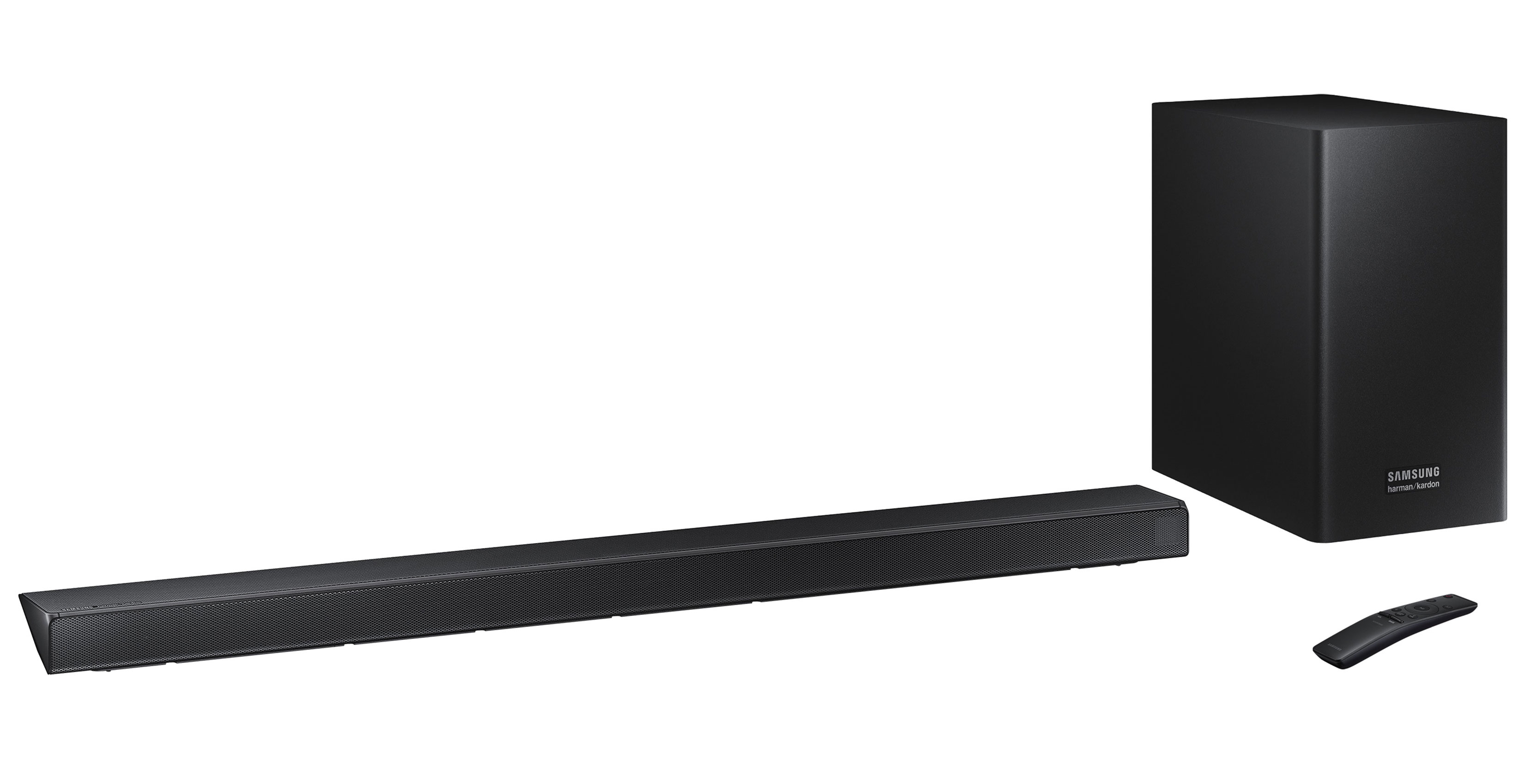 Samsung has announced two new Q-series soundbars, and they both include the company’s ‘Acoustic Beam,’ ‘Adaptive Sound’ features, as well as Bluetooth.

Samsung has named the two speakers, HW-Q70R and HW-Q60R. The higher end HW-Q70R even has Dolby Atmos and DTS:X surround sound functionality.

Out of the box, the speakers have Samsung’s Adaptive Sound technology that allows the soundbar to analyze the type of audio content that it’s playing and adjust accordingly. Ideally, this makes dialogue clearer, commercials quieter and action scenes bassier, but MobileSyrup has reached out to Samsung for clarifications surrounding how it works.

What we do know is that the Speakers will automatically switch into this mode when connected to Samsung’s 2019 QLED TV and the TV’s AI mode is on.

Another technology that Samsung is adding to the speakers is Acoustic Beam. This feature relies on holes in the soundbar to direct audio around the room and helps create a more immersive experience. In Samsung’s 2018 HW-N650 soundbar, there are 50 of these holes along the top of the speaker.

The addition of Dolby Atmos and DTS:X to the HW-Q70R brings the ability for the soundbars to offer virtual object-based surround sound formats that have been growing in popularity over the last few years.

Both of these features improve upon the living room audio experience making it sound like a movie theatre or traditional surround sound with a single soundbar.

Samsung’s press release says the speakers will be available in April, but there’s no pricing yet.