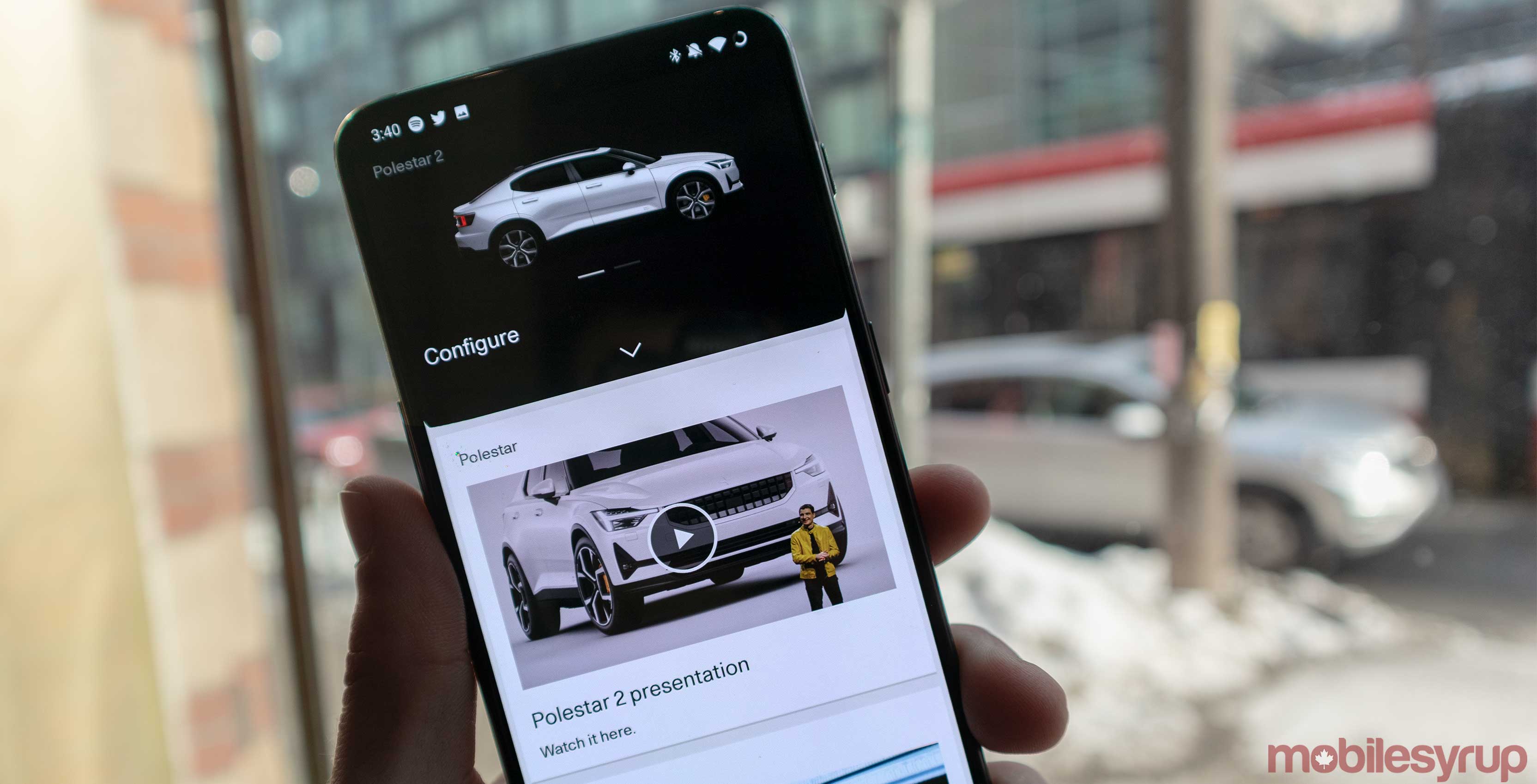 Polestar, the electric vehicle (EV) brand from Volvo, has re-launched a mobile app called Polestar Explore that teaches drivers about its second car.

Once you open the app you’re brought through a brief intro sequence and then you’re able to explore its user interface.

The main page features options to configure and buy a Polestar 2, a video of the company launching the EV and tons of information about the vehicle and its predecessor the Polestar 1.

There’s also a small arrow underneath the configure option that reveals a few more options like ‘My Order,’ Bookmarks’ and ‘Polestar Support.’

Choosing to configure takes you to a section of the app that looks exactly like the configure setting on a computer or mobile browser. While Polestar hasn’t shared any new information regarding its vehicle subscription service, its press release says that the option is coming to the app in the future. 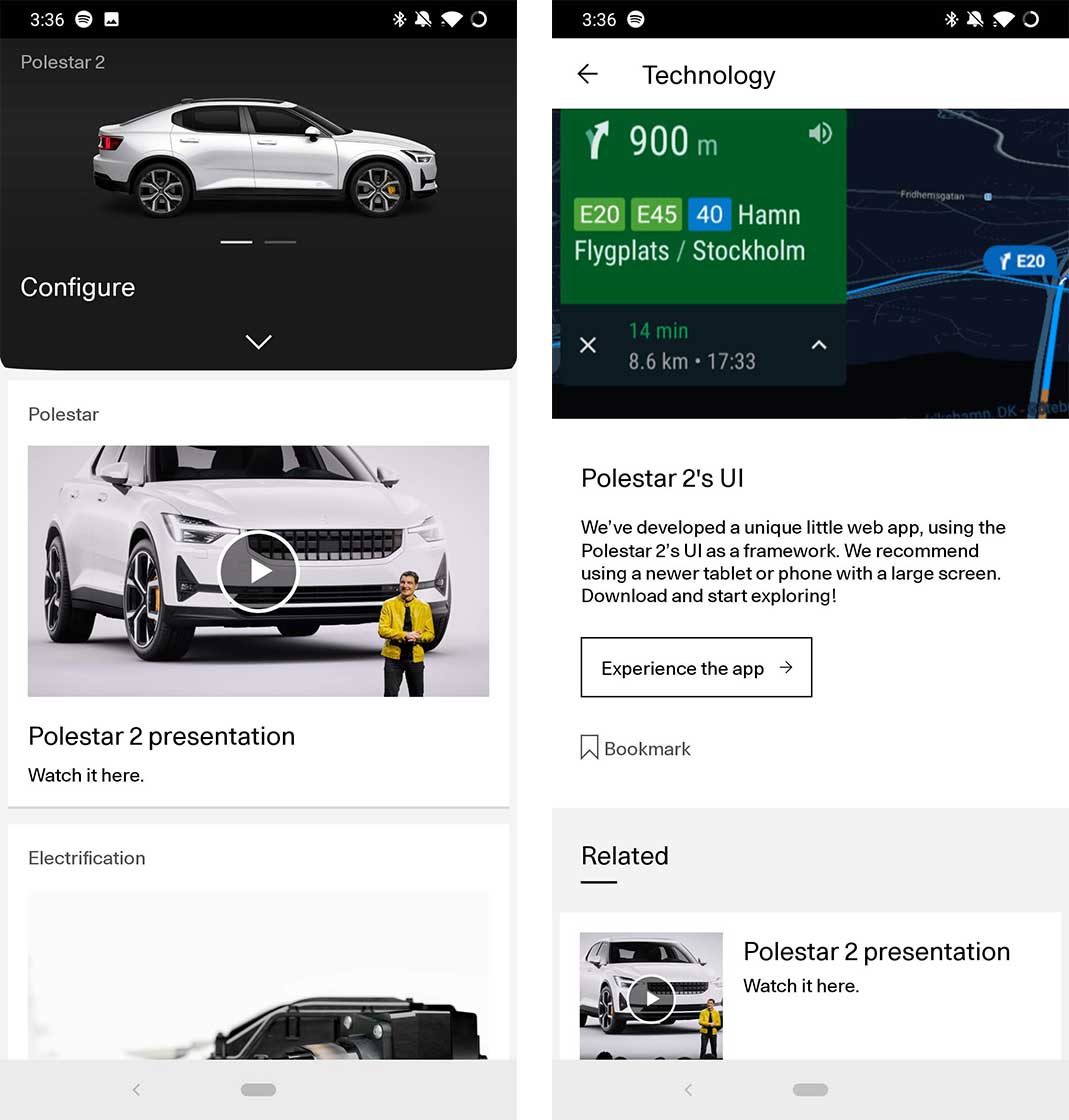 Most of the app is just a blog roll filled with explanations regarding specific aspects of the car. You can bookmark these stories to read later.

This app is pretty cool if you’re thinking about buying a Polestar and want to learn more about it on the go. You can also access Polestar’s cool virtual dashboard to test out its Android-powered infotainment system. This feature now works on both Android and iOS, but you need to add this website to your phone’s homescreen to activate it.

You can download the app on iOS and Android.

This brings Polestar into the new realm of users ordering vehicles from their phones. This is the route that Tesla has decided to take as the company is shutting down most of its dealerships in favour of users buying its EVs online.