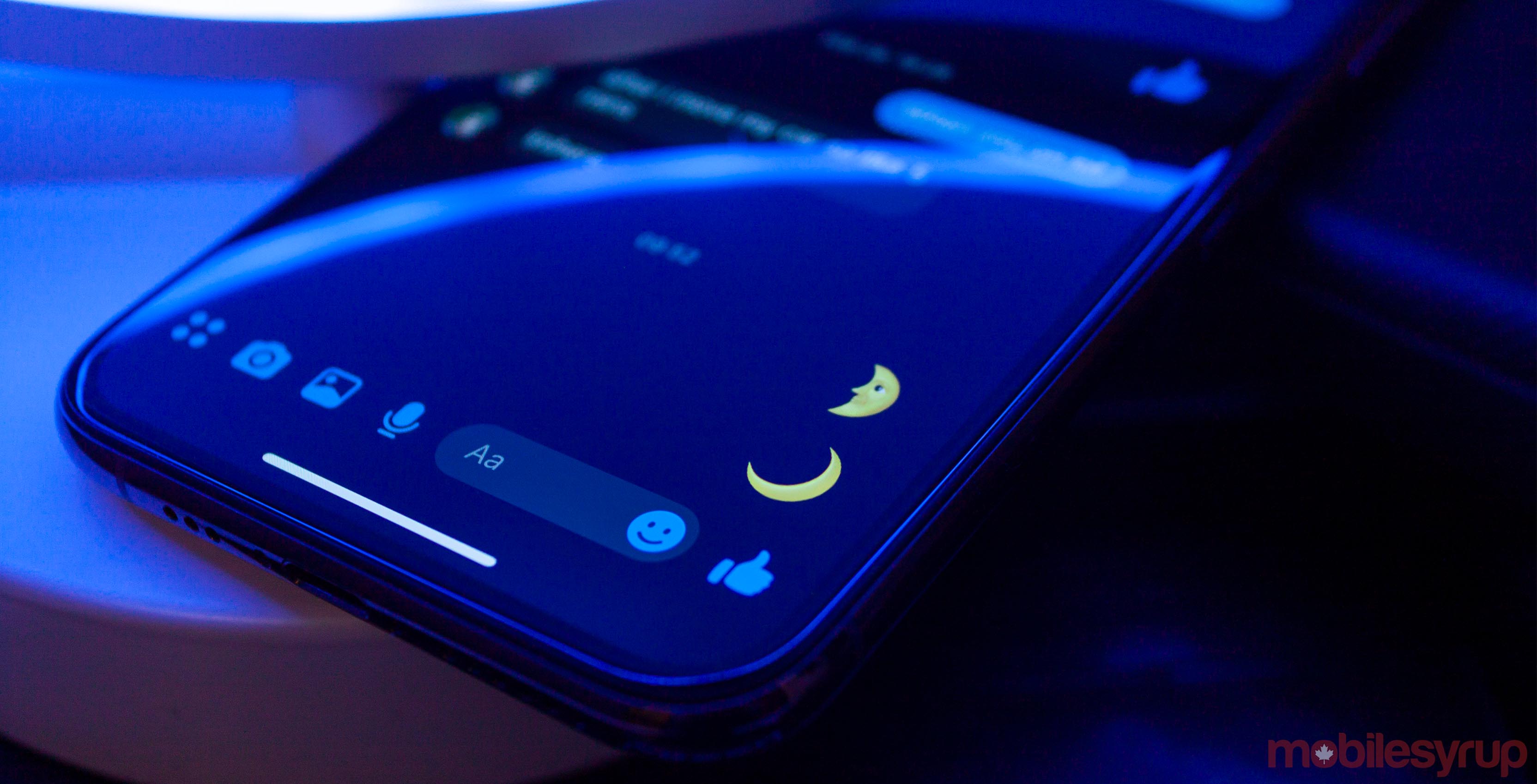 Facebook rolled out a major redesign to its Messenger platform earlier this year, but the modern refresh lacked one major feature the social network had promised: dark mode.

However, the feature is now available for some through an emoji, of all things. 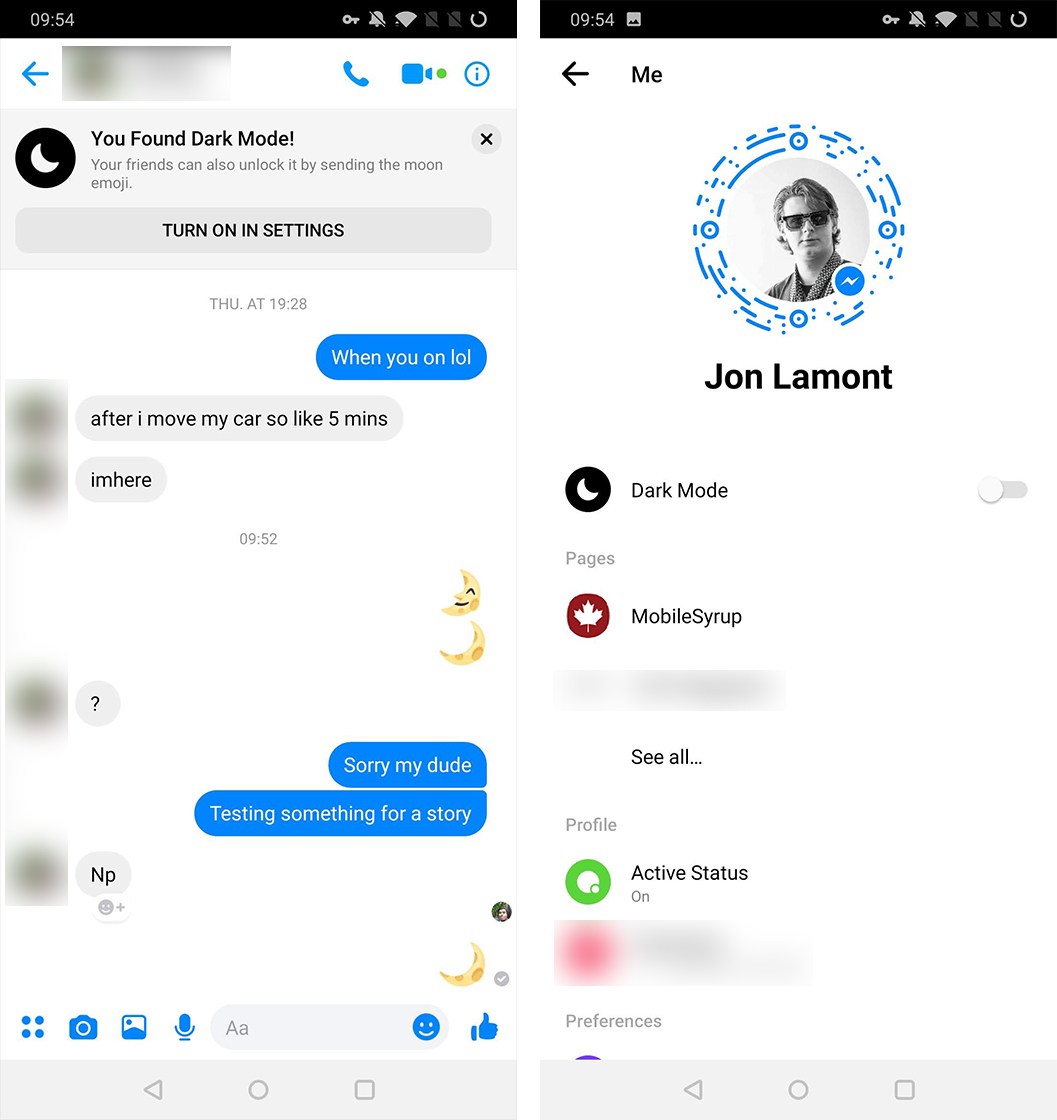 On both Android and iOS, if you send someone a crescent moon (?) emoji, Messenger begins raining moons on your chat. A pop-up at the top of the screen will appear that says you’ve found dark mode. It’ll also have a button that takes you to the settings menu to turn on dark mode.

When you enable dark mode, Messenger warns that the feature is still a work in progress and it won’t appear everywhere while developers put the finishing touches on it. 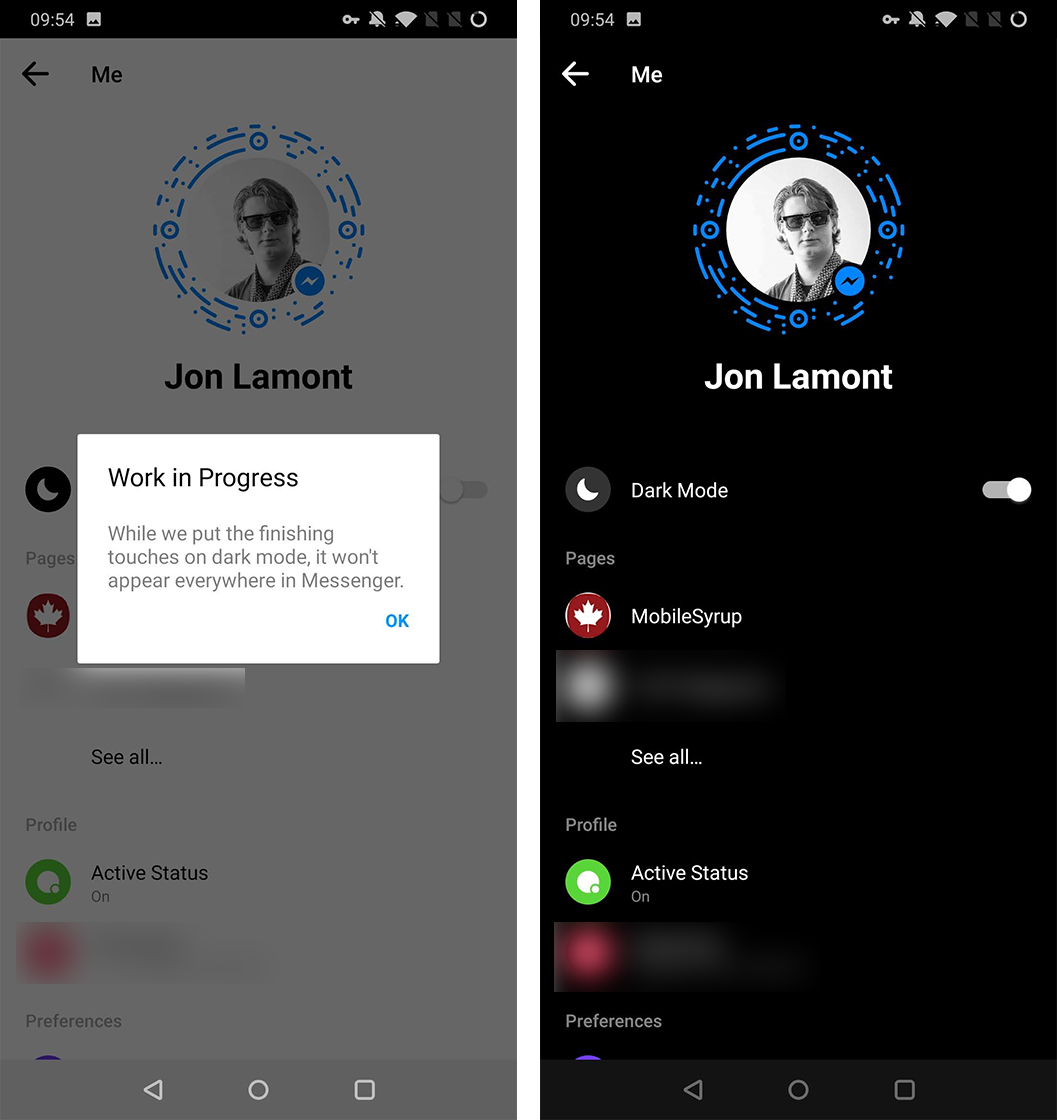 That said, the dark mode seems to work just about everywhere, excluding a few small subsections of the app.

It’s also worth noting that some people may have to restart the app to get it to work. On my OnePlus 6T, the first crescent moon I sent didn’t work. However, after opening the multitasking view and closing Messenger, then opening the app again and sending another crescent emoji, I unlocked the feature. 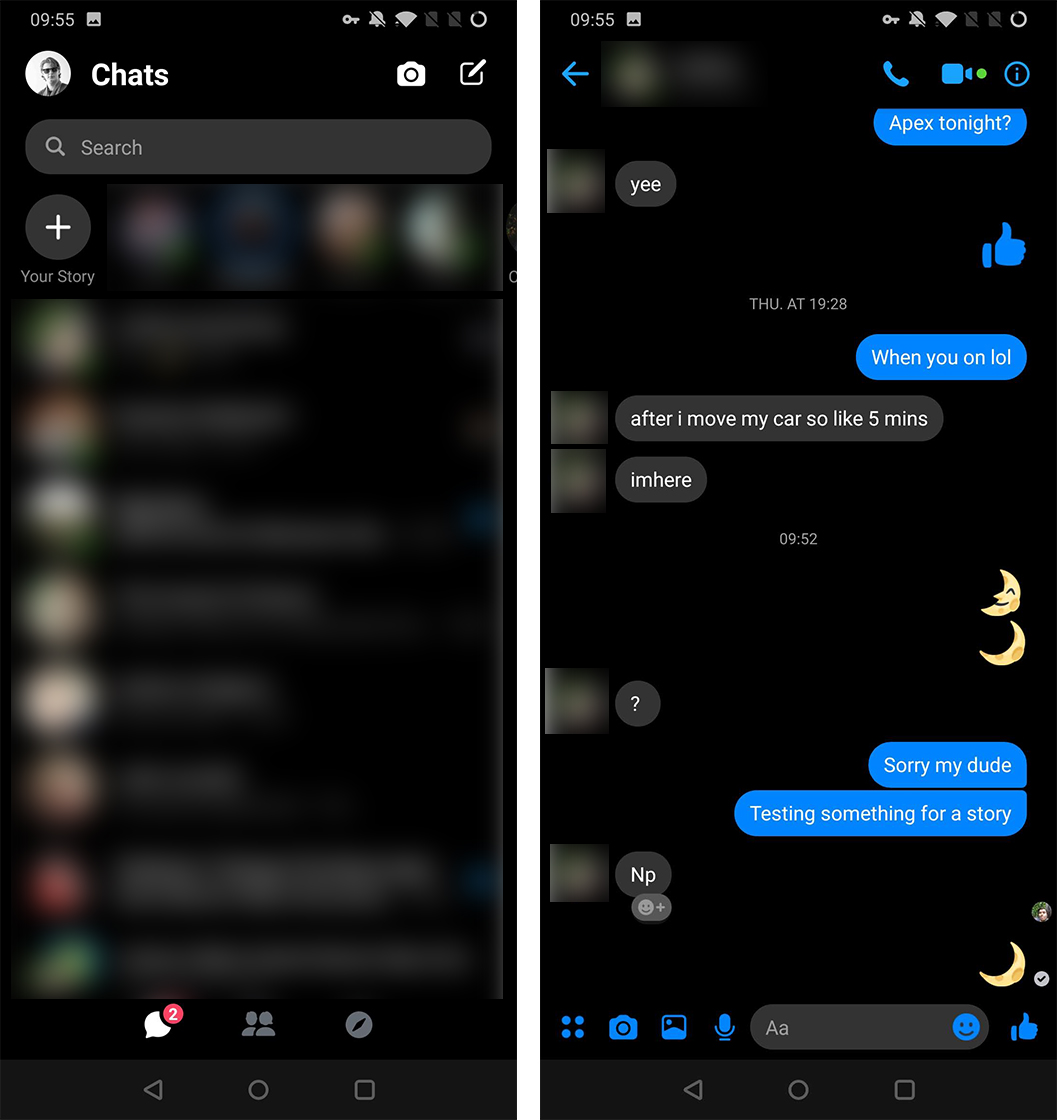 A friend I chatted with while trying to activate the feature also had difficulties with it but eventually was able to turn on dark mode. 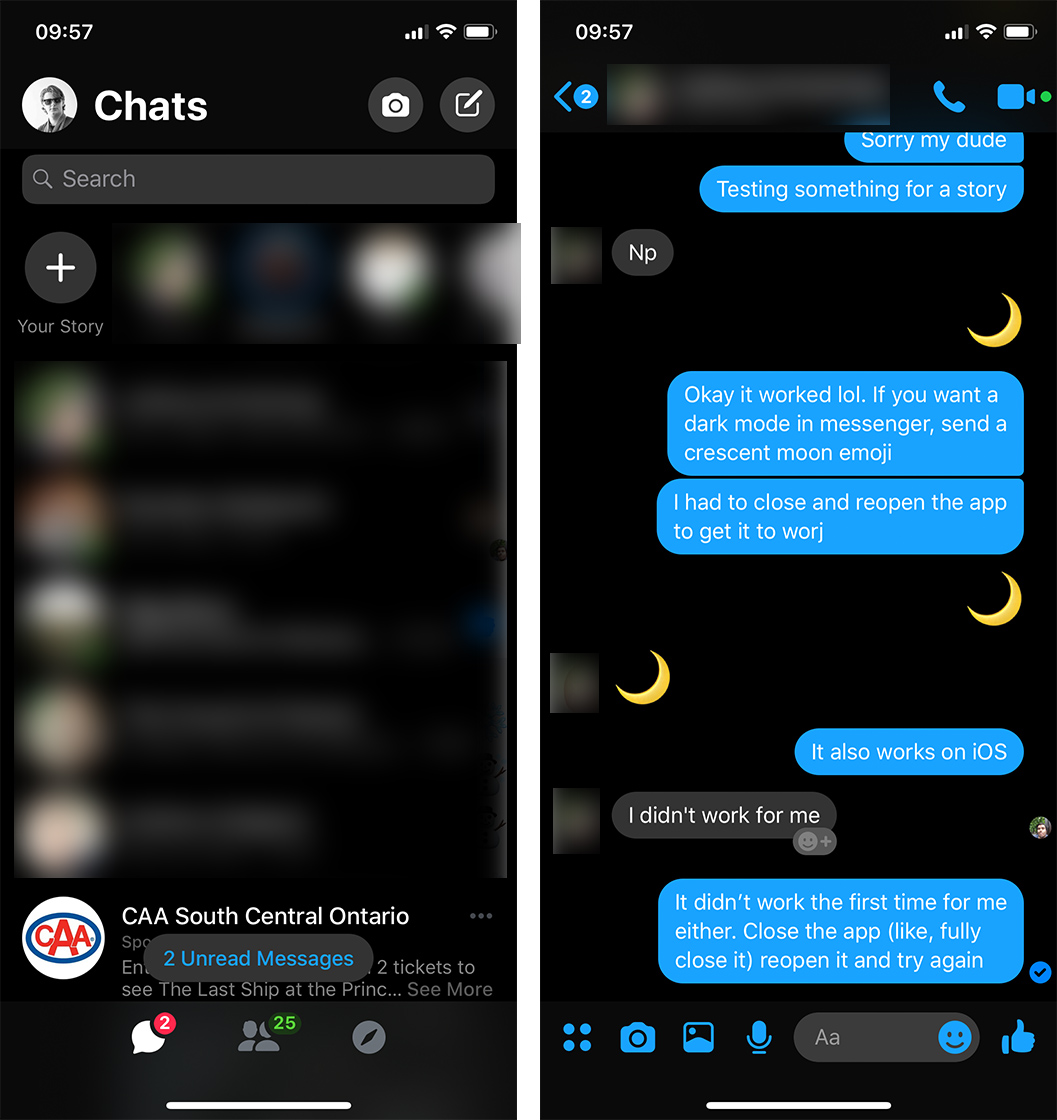 The dark mode is a welcome addition to Messenger and follows other changes like the ability ‘unsend’ messages.

Messenger Room integration is coming to WhatsApp on Android: report