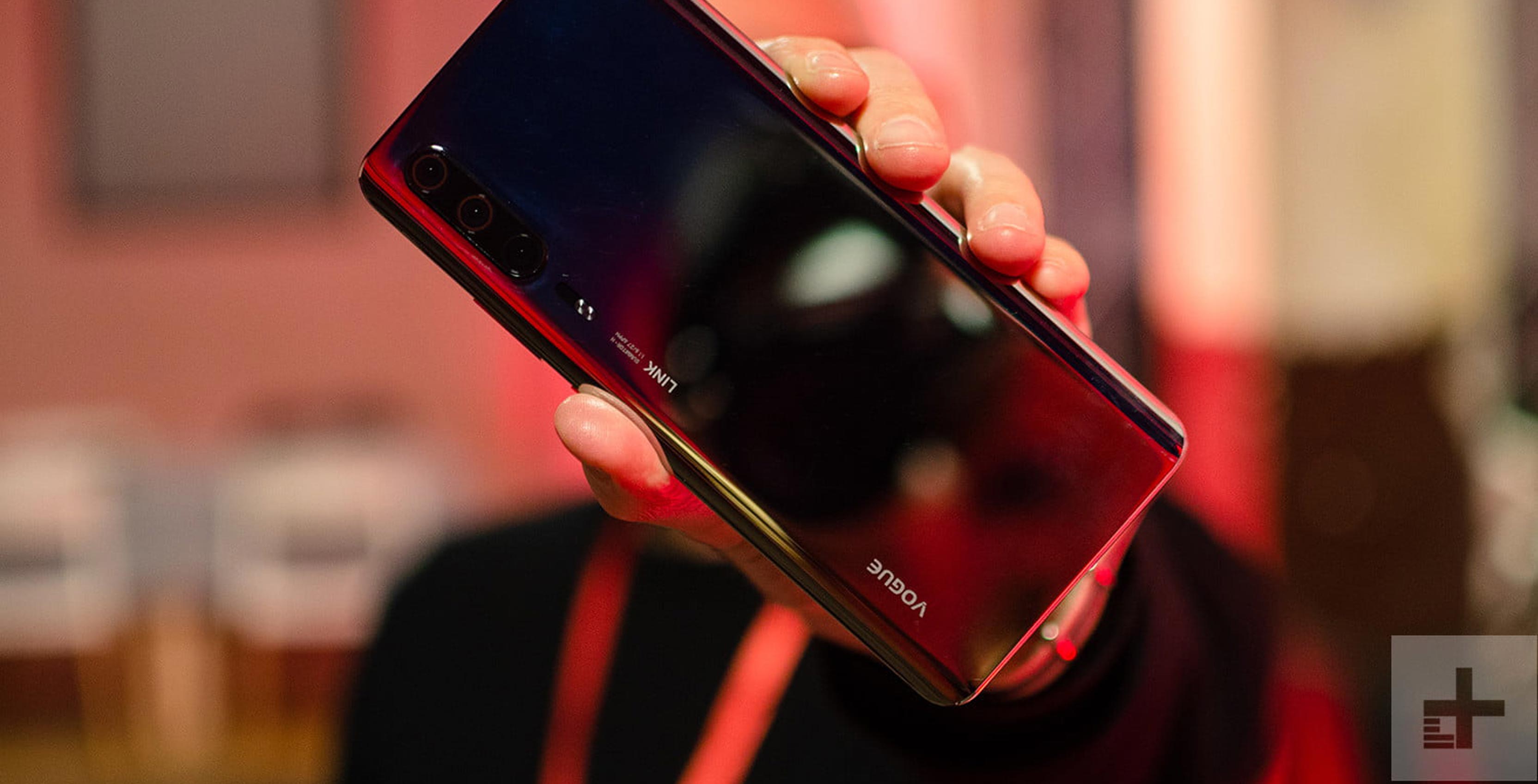 Every year, a lot of the most exciting stuff to come out of Mobile World Congress (MWC) is shown behind closed doors. In 2018, for instance, the G7 ThinQ, having not been announced, showed up at one of LG’s booths.

This year, our friends over at Digital Trends found the upcoming Huawei P30 Pro in plain sight. This is even though Huawei has yet to announce the P30 lineup, nor does it plan to until March 26th when it’s scheduled to host a launch event in Paris, France.

What’s more, Digital Trends was invited by the company to take photos of the smartphone, one of which they’ve graciously allowed us to share. Visit their website to see the entire set.

The first thing that jumps out about the device is the fact that it has ‘Vogue’  printed on its back instead of Huawei. According to a Huawei spokesperson DT spoke to, Vogue is the company’s internal codename for the P30 Pro.

The same spokesperson told the website that the phone they had in their hand was, in fact, the P30 Pro. If you’ve been following along with the P30 series case leaks that have come out over the last couple of weeks and months, you’ll note that those cases suggested the P30 Pro would feature four rear lenses, not three.

What’s more, like the P20 Pro, this prototype had a description of the Leica-designed lenses affixed to its back. In this case, it said “Summitor,” which isn’t a type of lens that Leica currently manufacturers. For reference, the P20 Pro had Summarit lenses. DT speculates the new name might allude to the fact the P30 is rumoured to include a 10x zoom feature.

Digital Trends speculates Huawei may plan to release a 5G version of the P30 that features an additional camera. As the website notes, this may mean Huawei plans to expand the P30 lineup to include four devices: the P30 Lite, P30, P30 Pro and P30 5G. Alternatively, it’s also possible Huawei may plan to truncate the P30 family to two devices: a Pro model and a 5G model.

The website also notes the phone features a design that’s more of a mix between the P20 Pro and Mate 20 Pro, making use of the latter’s tapered edges to create a phone that’s more comfortable to hold.

Unfortunately, the device they got to hold was a non-working prototype, so they weren’t able to check out the internal specs of the phone, but they were told most of the design elements were final.

For what it’s worth, Ben Geskin, the designer that created renders from the P30 case leaks, said the device DT got to hold isn’t the P30 Pro.

Here's another exclusive: This is NOT the Huawei P30 Prohttps://t.co/BQEmPHfP4O pic.twitter.com/wAMfr1Mz95

Whatever the case, we’ll know what Huawei plans for the P30 series in less than a month.