The feature lists nearby bus stops, subway stations and even ferries 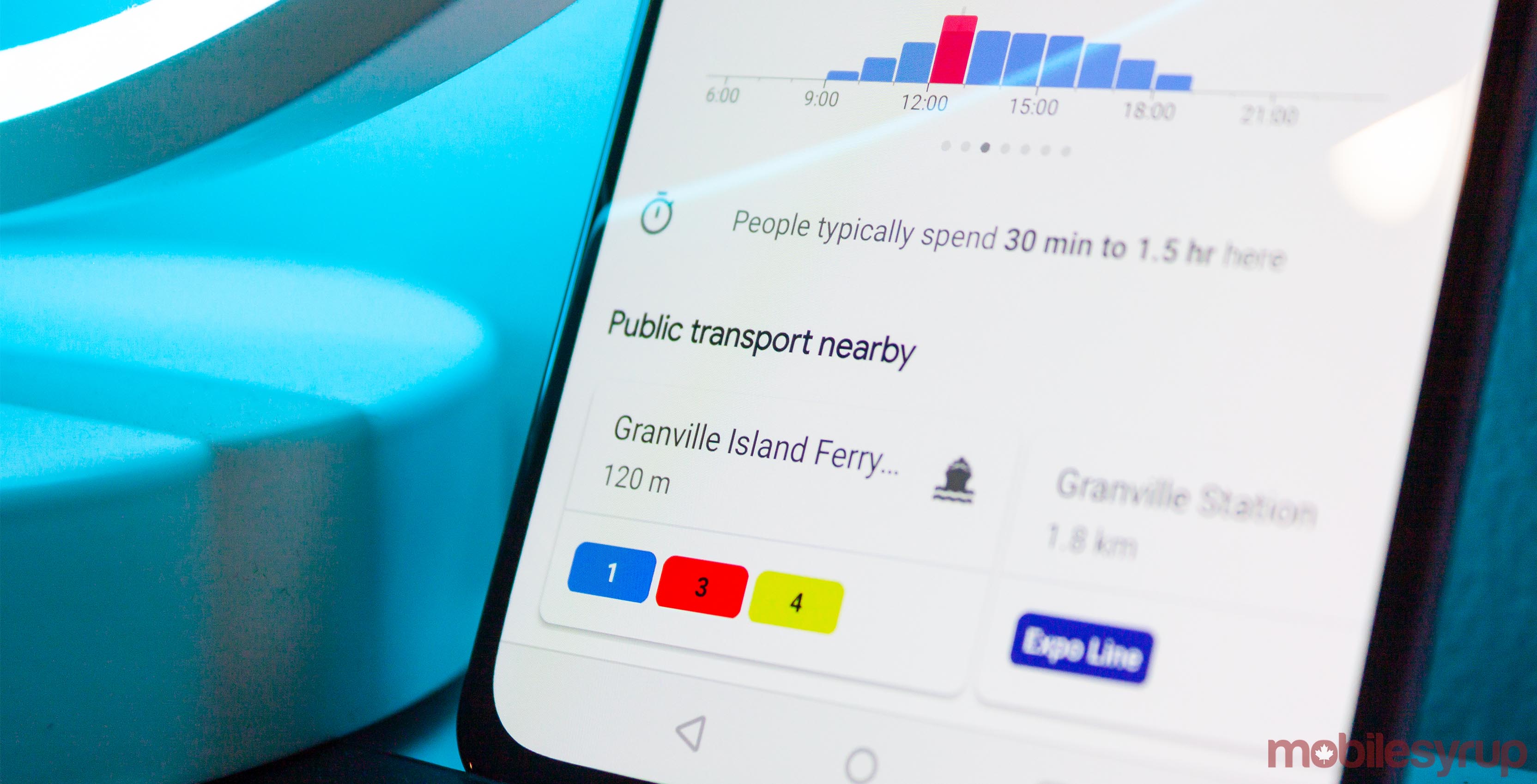 If you take transit, Google Maps is rolling out a new feature you’ll appreciate.

When you’re looking at a point-of-interest on the map, Google will list nearby public transit stops and stations.

The feature appears to be part of a server-side test and is popping up under different names for some users. Whether titled ‘Public transport nearby’ or ‘Transit nearby,’ it does the same thing.

Below the ‘Popular times’ and above the ‘Photos’ sections in the information panel for a location, a scrollable list of cards shows all the nearby transit options.

Further, the cards show how far away the stop or station is from the location and all the lines that service them.

The feature also appears to work anywhere Google supports the public transit system. This includes Canada, at least in the cities with transit networks that work with Google Maps. 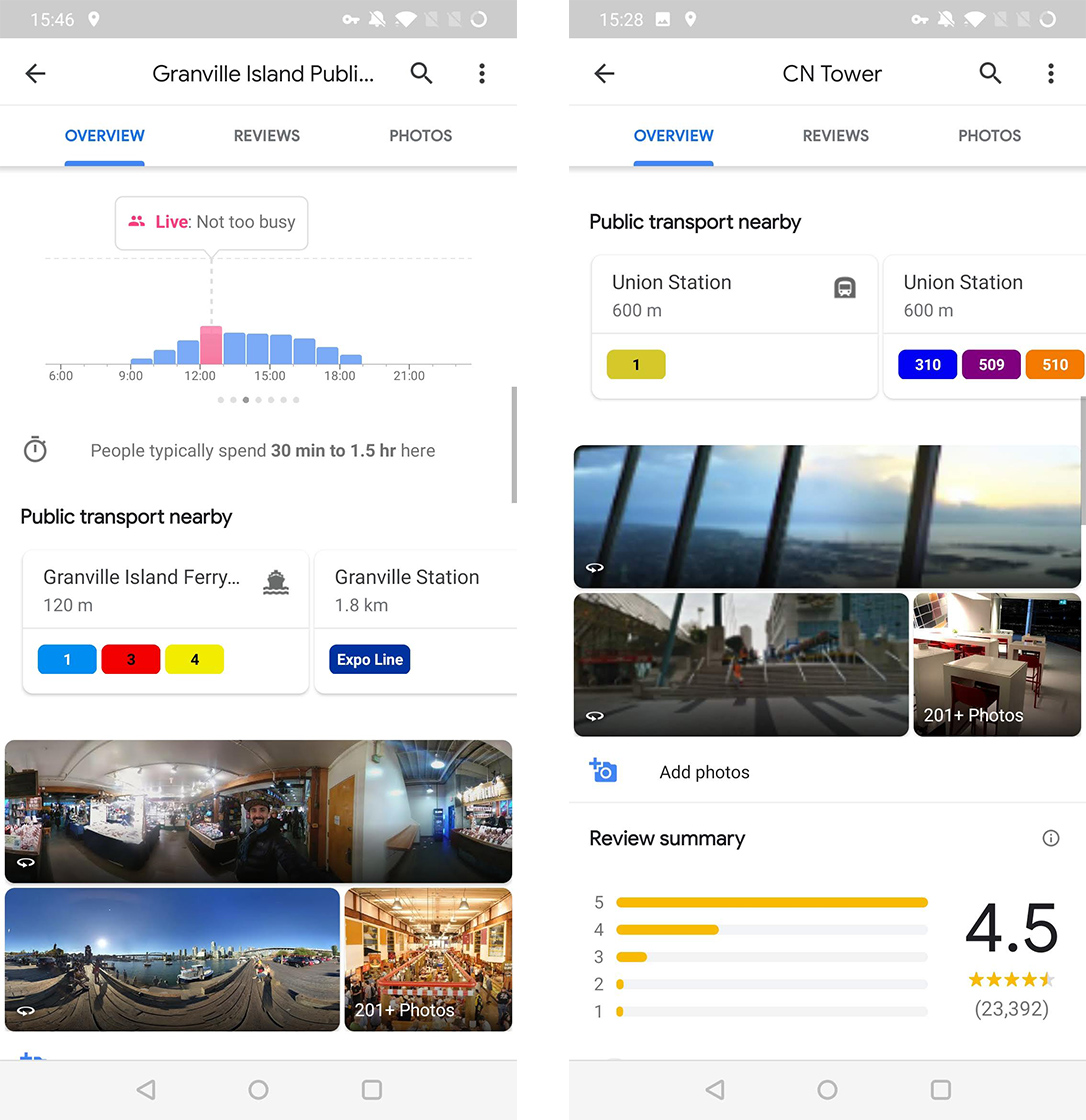 The feature worked for me in Toronto and Oshawa, Ontario, as well as in Vancouver. However, if you can get transit information for your city on Google Maps, this feature should work as well.

Further, the new feature worked for me running Maps 10.8.1 for Android, but reportedly some users with version 10.8.2 and even 10.9.0 couldn’t see the new section.

The new feature also wasn’t present when I tested Google Maps with an iPhone XS.

As with most server-side updates, you may just have to wait patiently until Google pushes it to you.