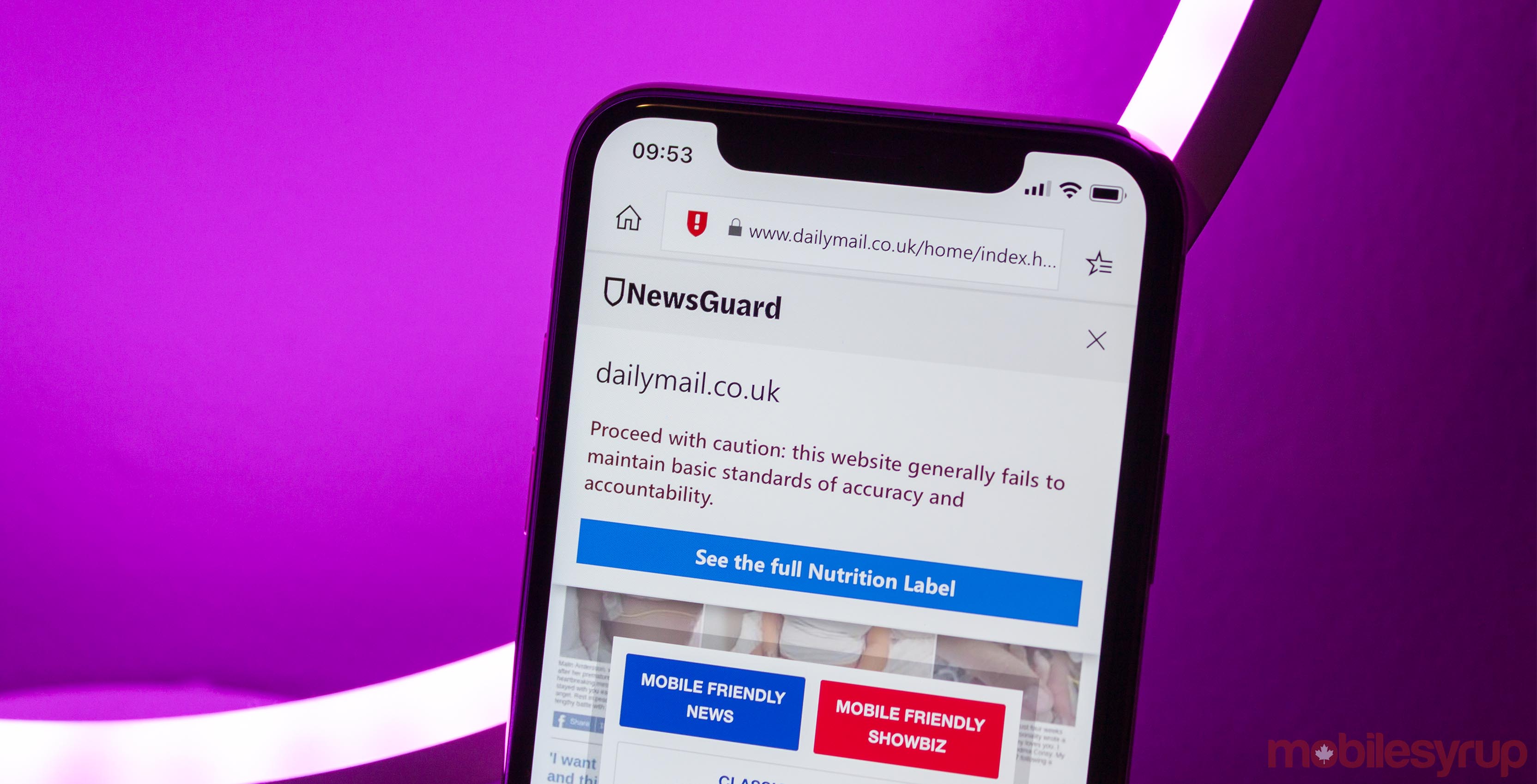 The Redmond, Washington-based software company has partnered with NewsGuard, an organization founded by journalists Steven Brill and Gordon Crovitz, which rates sites based on a variety of criteria.

Microsoft initially offered NewsGuard as an optional browser extension for the desktop version of Edge last year. However, the inclusion of NewsGuard in the mobile app suggests it may become a core feature of the browser.

Considering that one of the biggest obstacles to tools like NewsGuard is getting people to install them, Microsoft’s built-in solution bypasses that. While Edge on mobile might not have a large audience, it’s a significant move that could help combat the spread of fake news.

However, Edge users still have to opt-in to NewsGuard. It’s a simple toggle in the settings, but its still a step users have to take. 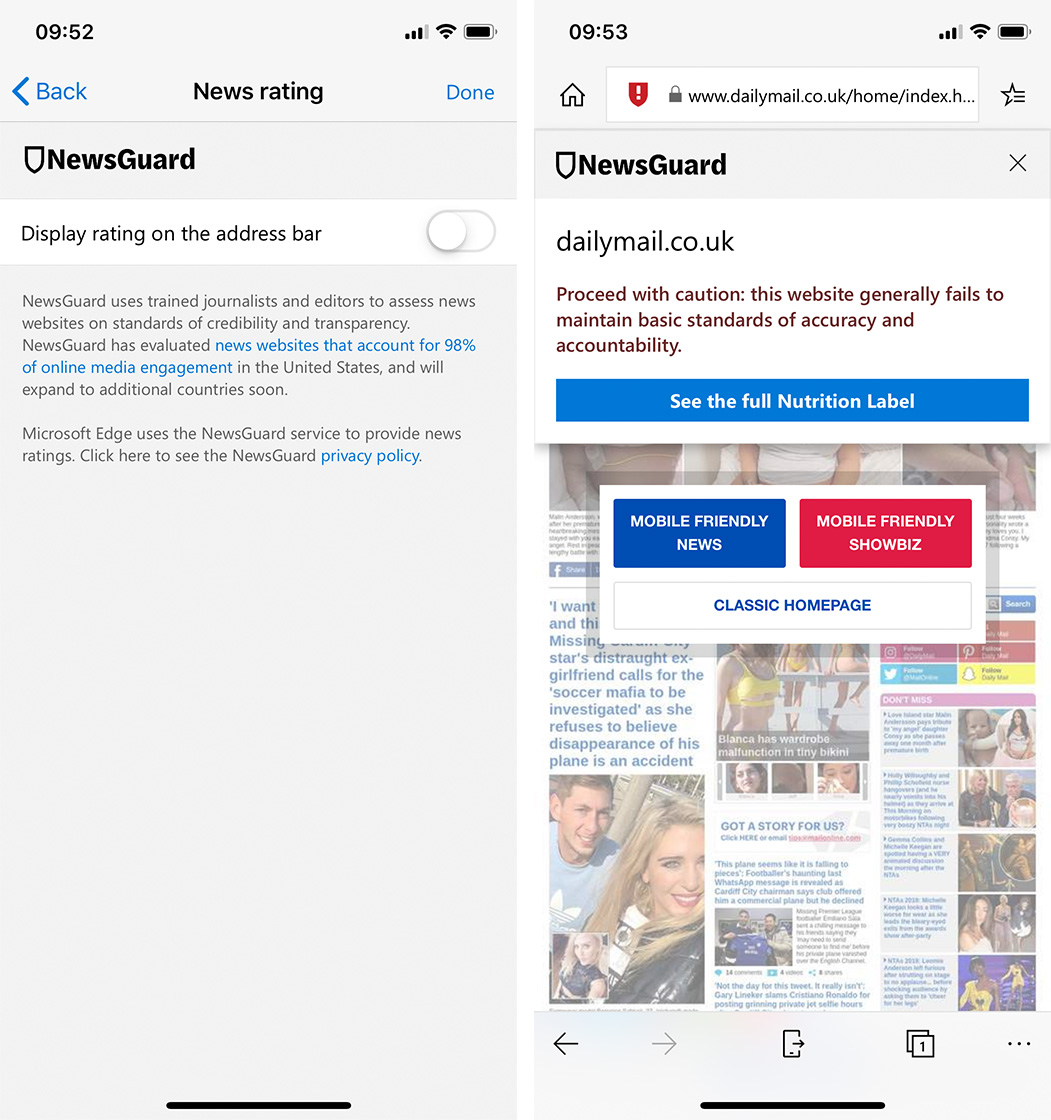 Once enabled, NewsGuard warnings will appear in the URL bar of the browser as a red shield logo with an exclamation mark. Tapping the shield will provide a summary of why there’s a NewsGuard warning that users can touch to see a more detailed breakdown.

NewsGuard assesses websites based on their use of deceptive headlines, whether they repeatedly publish fake content and their transparency regarding ownership and financing.

When a user clicks through on a warning, they’ll see this assessment presented in a checklist format with a lengthy written explanation below. 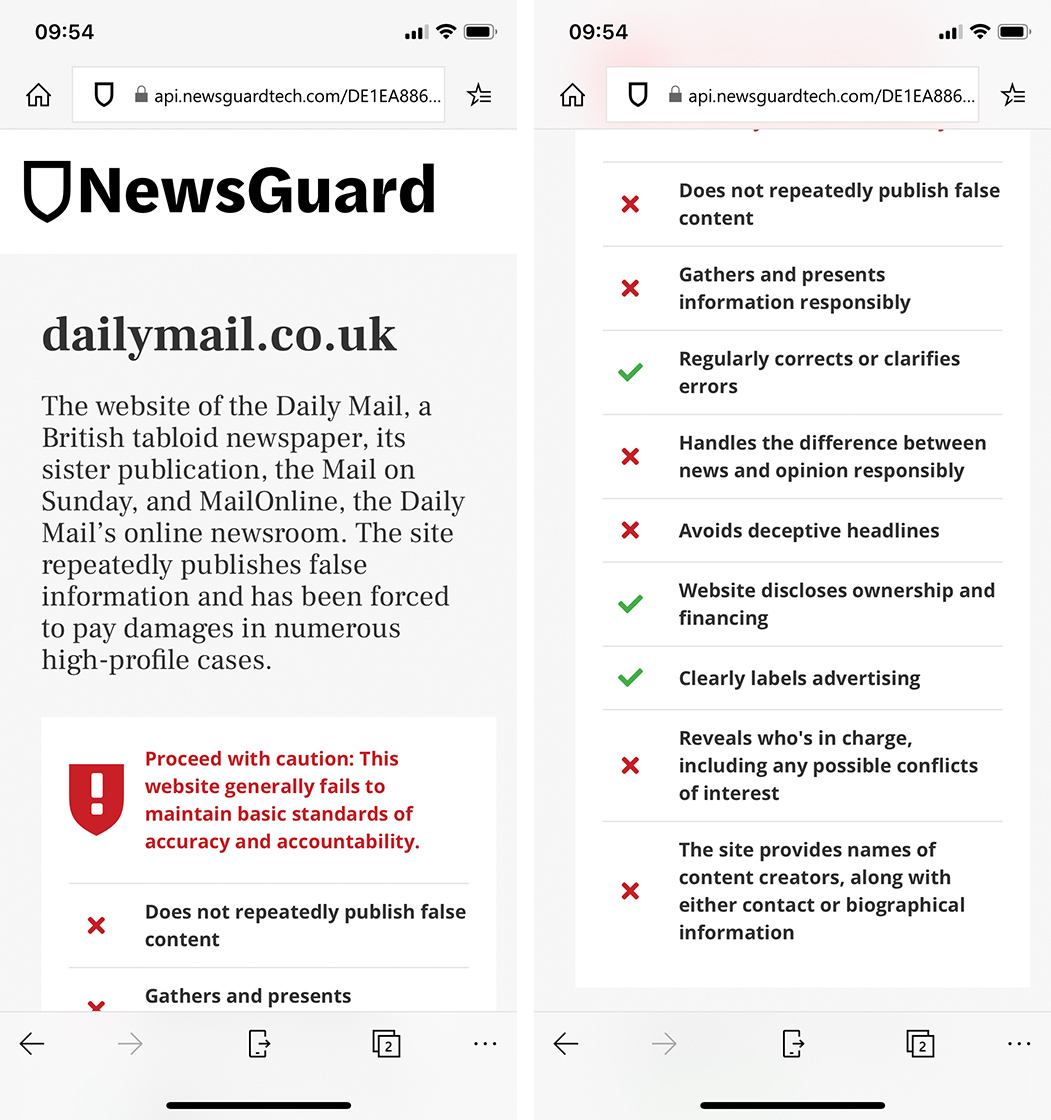 Overall, it’s a good move on Microsoft’s part. Hopefully, it stands as a signal to other industry titans, and we’ll see similar features come to other browsers.

In this era of fake news, any tool users have to discern and combat misinformation is more than welcome.