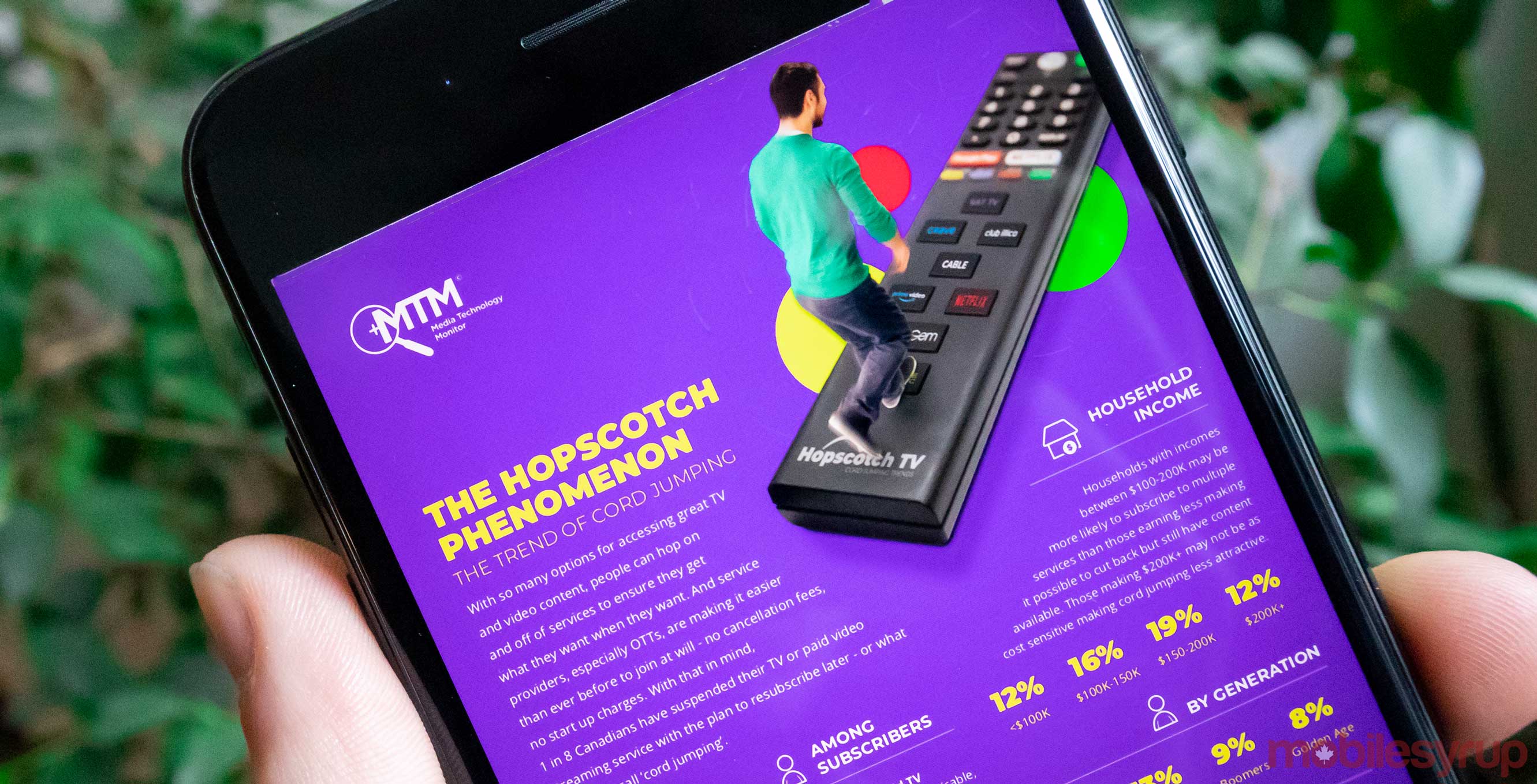 The Media Technology Monitor (MTM) has released a new report expanding on the Canadian habit of jumping back and forth between traditional TV and video streaming services.

According to the report, one in eight Canadians have stopped or suspended their television subscriptions — traditional or streaming — to switch over to a different media service, with the plan to switch back at some point.

The MTM calls these people ‘cord jumpers,’ reporting that 12 percent of traditional television subscribers fall into this category.

Canadians who’ve cut the traditional television cord completely are people who watch ‘TV my way.’ Of these people, 19 percent are cord jumpers. 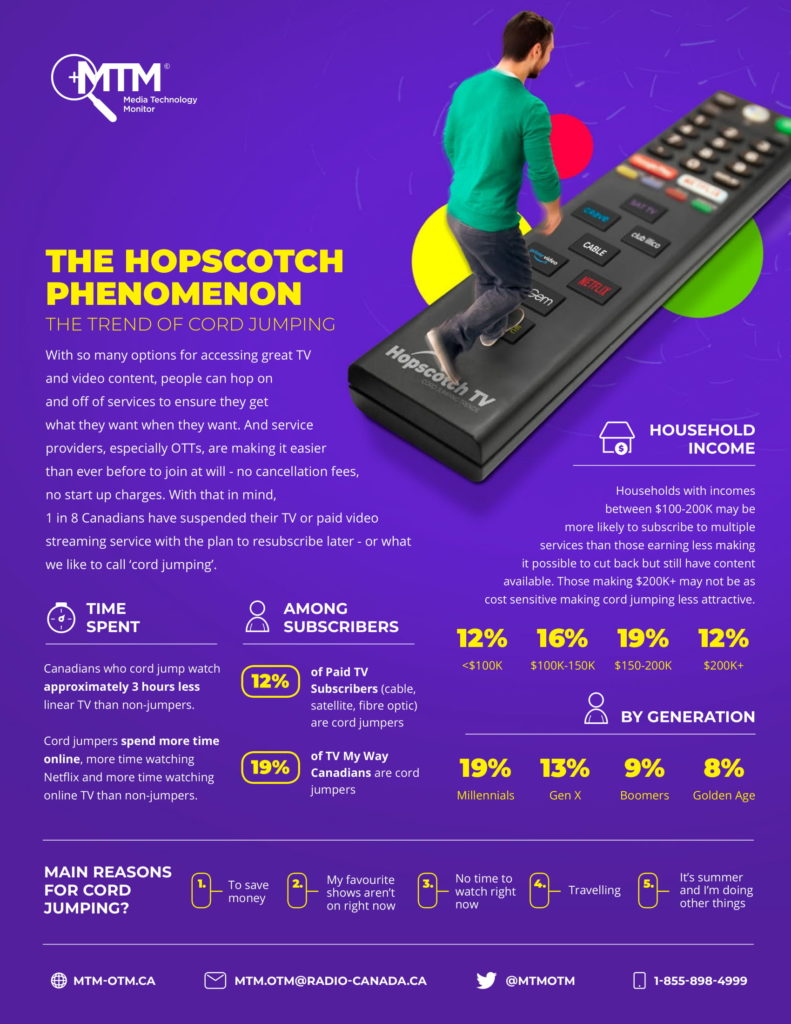 The report further stated that Canadian households with incomes between $100,000 and $200,000 are likely to subscribe to more than one television service, making it easier for them to cut one cord and still have content to consume.

Millennials are the largest generational cohort to cord jump with 19 percent of them leaping. A fair 13 percent of gen X-ers also jumped. Only nine percent of baby boomers and eight percent of people from the golden age cord jumped.

The MTM also discovered that people generally cord jump for one of five reasons. They do it to save money, because they’re travelling, it’s the summer, they don’t have time to watch television or their favourite shows aren’t available through a service to which they’ve subscribed.

Overall, it looks more like some Canadians aren’t happy with the way that television service providers sell content, but most seem satisfied.

On the other hand, the MTM’s latest report paints a picture where the high-cost of television has forced some people to switch platforms often to try to find a reasonably priced service that offers the content they want.