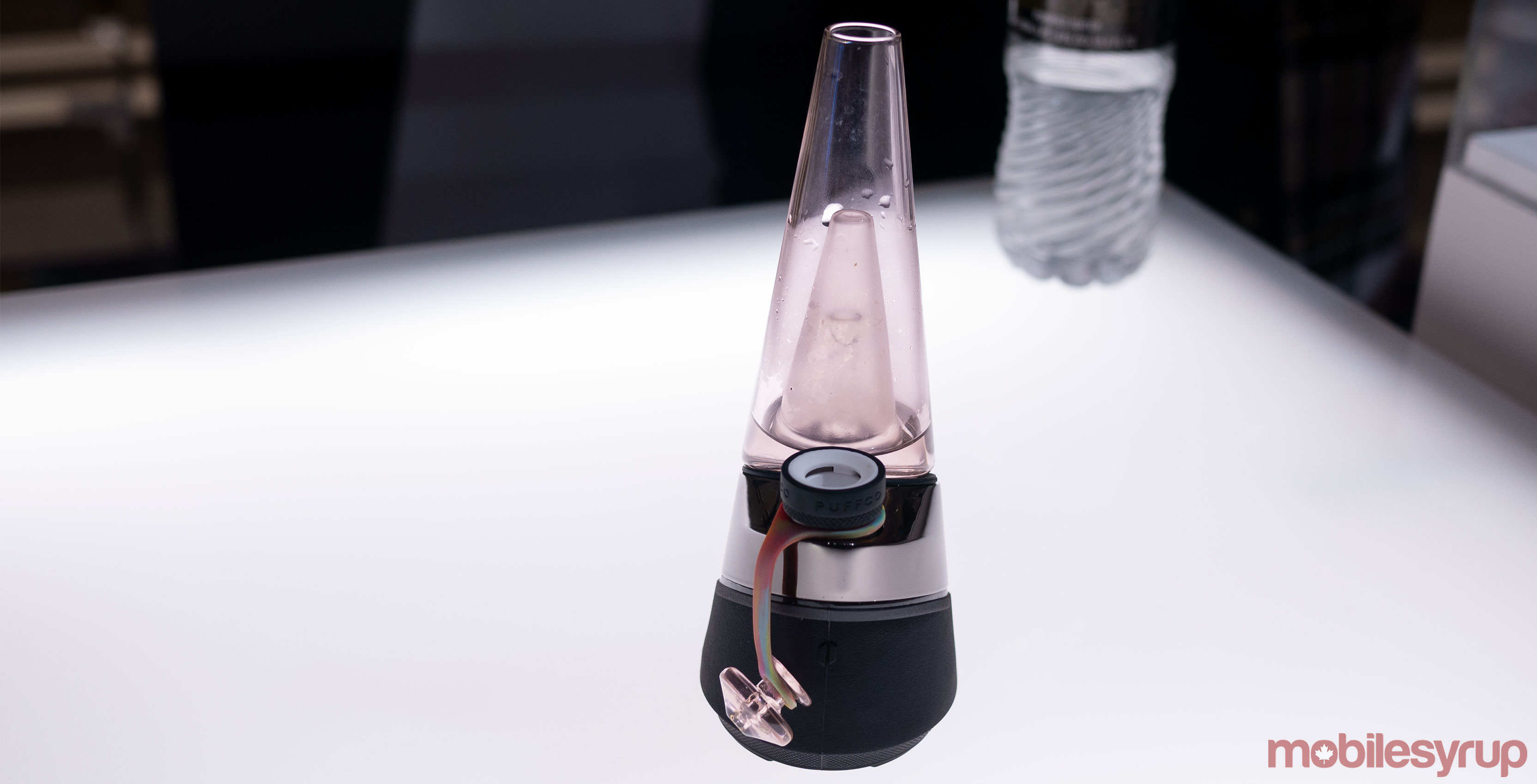 ‘Dabbing’ is the act of heating up concentrated forms of cannabis extracts, like cannabis ‘butter’ or ‘shatter.’

Though technically still illegal in Canada given that certain concentrated forms of marijuana are not yet included in the federal government’s legalization strategy, dabbing is becoming an increasingly common form of consuming cannabis.

Dabbing typically requires an expensive rig and a blowtorch-like lighter, but the overall dabbing process can be complicated and intimidating as well.

This is something U.S.-based Puffco hopes to solve with its relatively straightforward ‘Peak’ smart cannabis dabbing device, which I briefly checked out at Pepcom during CES 2019. 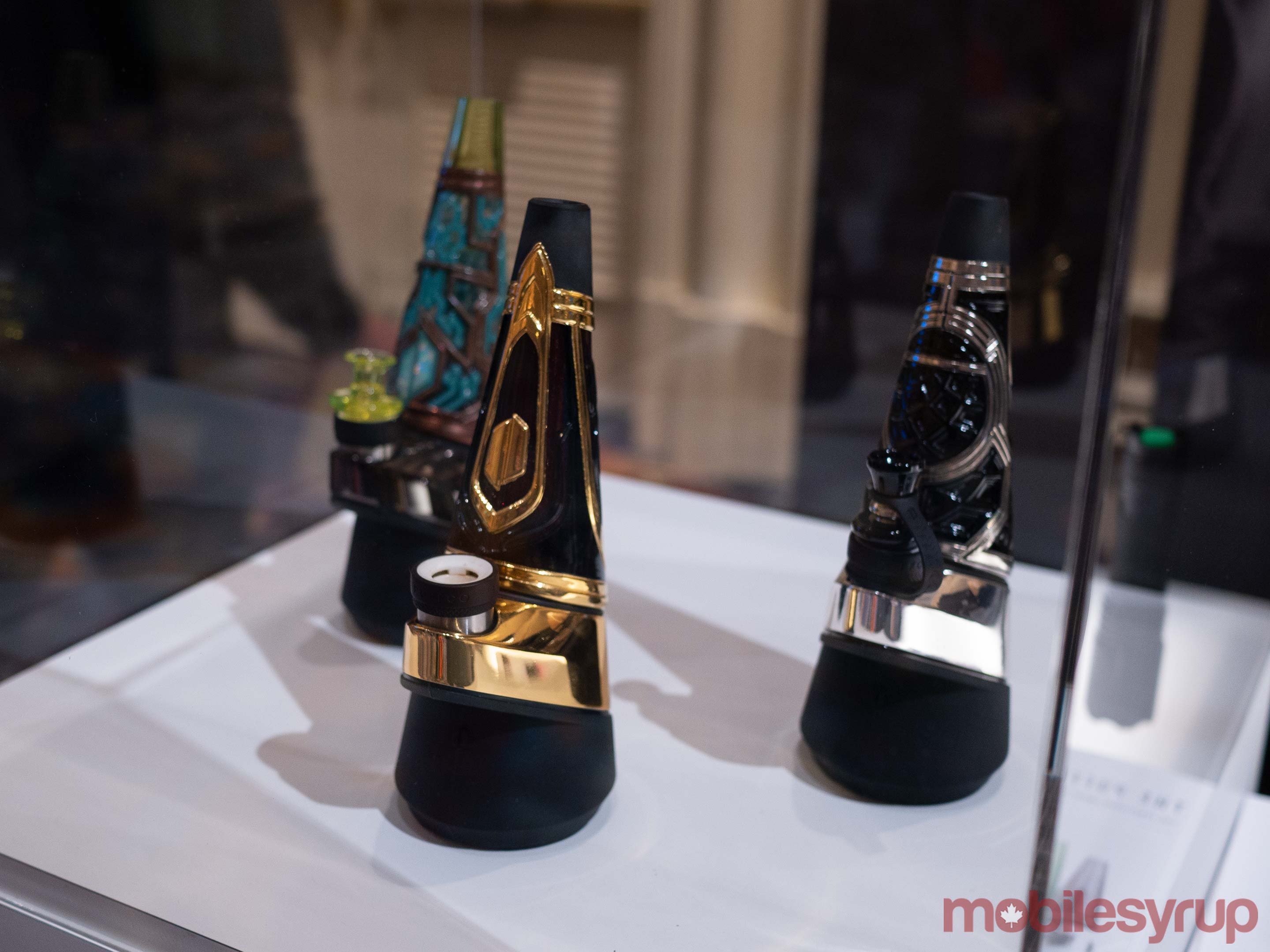 Similar to a loose-leaf marijuana vaporizer like the Pax 3, the water bong-like Peak features what Puffco calls “intelligent temperature calibration” as well as haptic feedback and an LED light band.

The average heat up time runs roughly 20 seconds, according to a representative from the company. A two-hour charge lasts approximately 25 dabs with the Peak..

Though Puffco’s Peak isn’t officially available in Canada, a representative from the company told me that its products are often sold in Canadian head shops. Further, the Peak is available directly from Puffco’s website with shipping to Canada for $375 USD (roughly $498 CAD).

The Canadian government is also expected to legalize concentrates and edible forms of cannabis at some point in the near future.