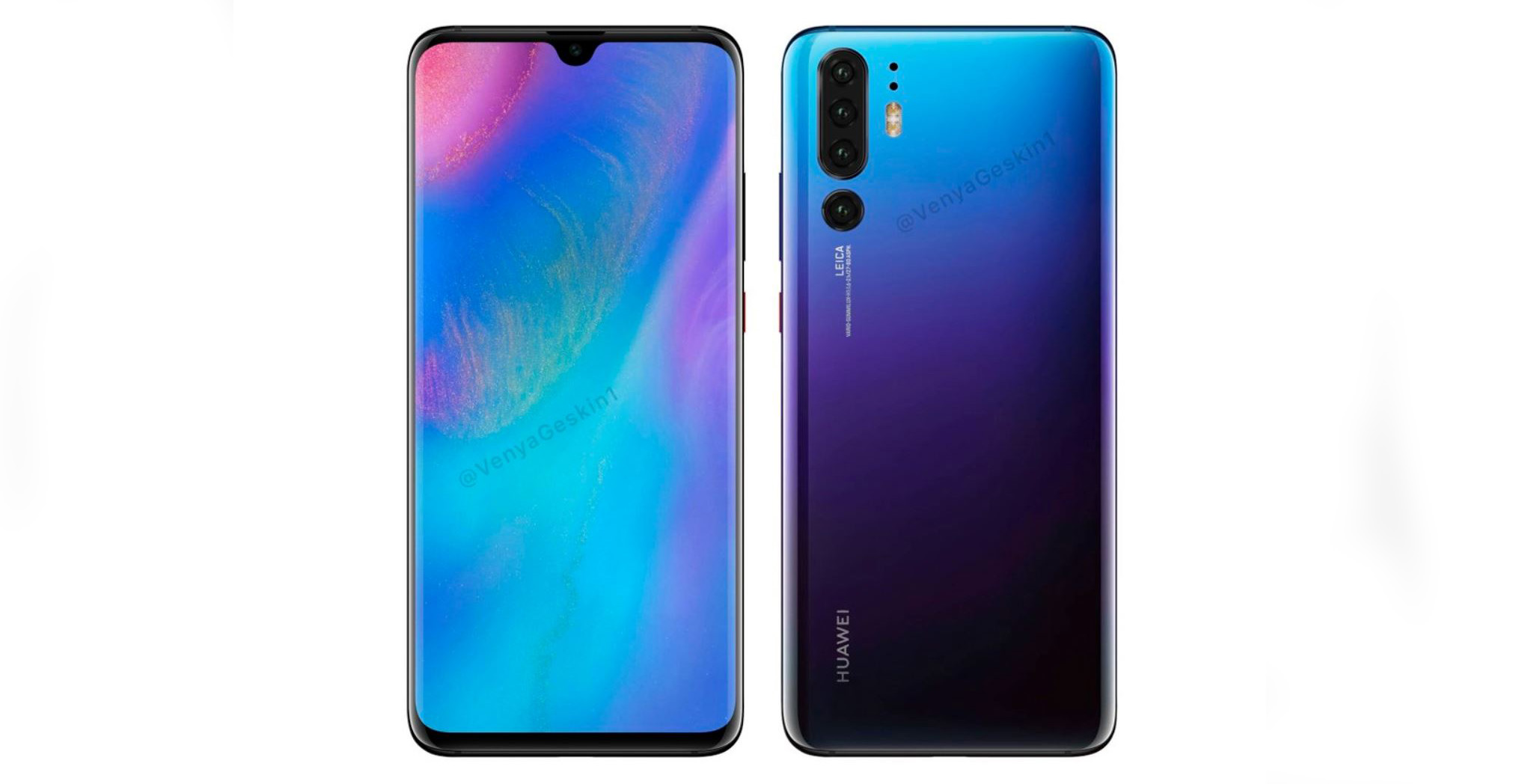 The first render, seen above, highlights the upcoming smartphone’s quad camera setup, dual flash and waterdrop-style notch. We also see what the P30 Pro will look like without a capacitive fingerprint scanner.

The second P30 Pro concept, shared by Geskin during the previous day reveals, a camera setup with all four sensors on a single island. With that said, it otherwise looks very similar to the render from the 14th, with the same waterdrop notch and curved display.

The third P30 Pro concept, shared by Geskin earlier in the week, similar to the previous one, showcases the camera array as one continuous island and has the phone featuring a pinhole-style camera cutout. Frequent device leaker Ice Universe replied to Geskin to state he doesn’t believe the P30 Pro will feature a Samsung-style Infinity-O display.

The Huawei P30 Pro — name not confirmed — will be the company’s first 2019 flagship. The Chinese phone maker will likely sell the device in Canada, just like it did the P20 series.

It’s unclear when Huawei will officially reveal the device, but if the company follows its recent release schedule, it will likely reveal the phone at the end of March, as it did with the P20 earlier this year.